The cultural consequences of the Second World War carry into today

From art restitutions to how museum adapted to wartime constraints, we continue to feel the fallout 75 years after the conflict’s end 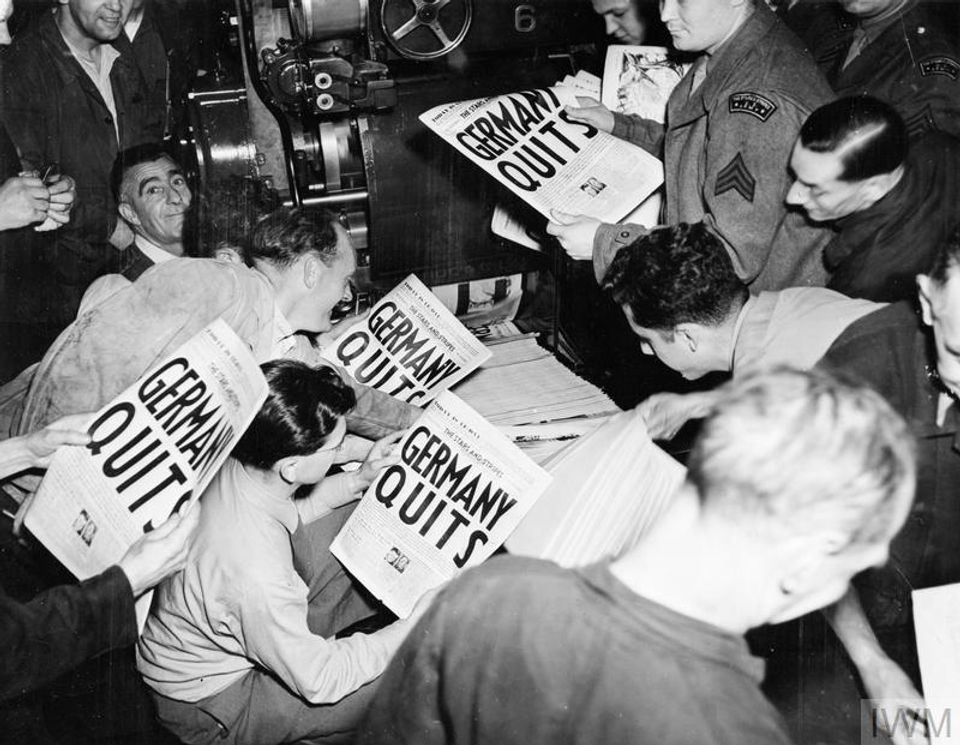 Eager soldiers pulling copies of "Stars and Stripes" from the press of the London Times at 9 pm on 7 May 1945, when an extra edition was put out to announce the news of Germany's surrender © IWM EA 65948

Today marks the 75th anniversary of Victory in Europe Day, the official end of the Second World War when the Allies accepted the unconditional surrender of Nazi Germany on Tuesday, 8 May 1945. But while the war in Europe was over, its fallout would continue to echo through the decades as the countries involved and their populations came to terms with the horrific loss of life and culture. Art stolen by the Nazis from Jewish collectors, either by seizure of forced sale, is still pursued by their heirs today, and in recent years museums have taken a more active role in researching works in their collections with incomplete provenance information.

We have covered such post-war consequences since our very first issue in October 1990, when we ran a front page story on the reunification of Germany’s museums. You can find stories in our archive that report on how the resolution of the war finally came for a small town in eastern Germany when its treasures were returned, or the untold history of Leonardo's 1939 Milan retrospective, when France promised the Mona Lisa to Mussolini in an attempt to avert war. Or read a news feature published today about what can we learn from how art institutions adapted to wartime constraints, from tours without pictures to child's play.