• The Whitworth Art Gallery in Manchester won the 2015 Art Fund Prize for Museum of the Year—the UK’s largest arts award. The museum receives £100,000 for redefining the way it engages with the public through its recent £15m expansion.

• The German city of Frankfurt has awarded the French art historian Georges Didi-Huberman the €50,000 Theodor W. Adorno Prize for his contribution to the field of philosophy. The prize is due to be presented on 11 September at St Paul’s Church in Frankfurt.

• The artist Günther Uecker was named the 52nd winner of the €25,000 State Prize of North Rhine-Westphalia, for his longstanding connection with the region. He has been based in Düsseldorf since the 1960s.

• The artist Anastasia Ax won the second edition of the €15,000 Faber-Castell International Drawing Award. Her ink-and-paper installation is on show at the Neues Museum in Nuremberg, alongside works by the other four nominees (until 11 October).

• The artist Lorna Simpson was presented with the 11th Aspen Award for Art at the Aspen Art Museum’s 2015 ArtCrush summer benefit gala. 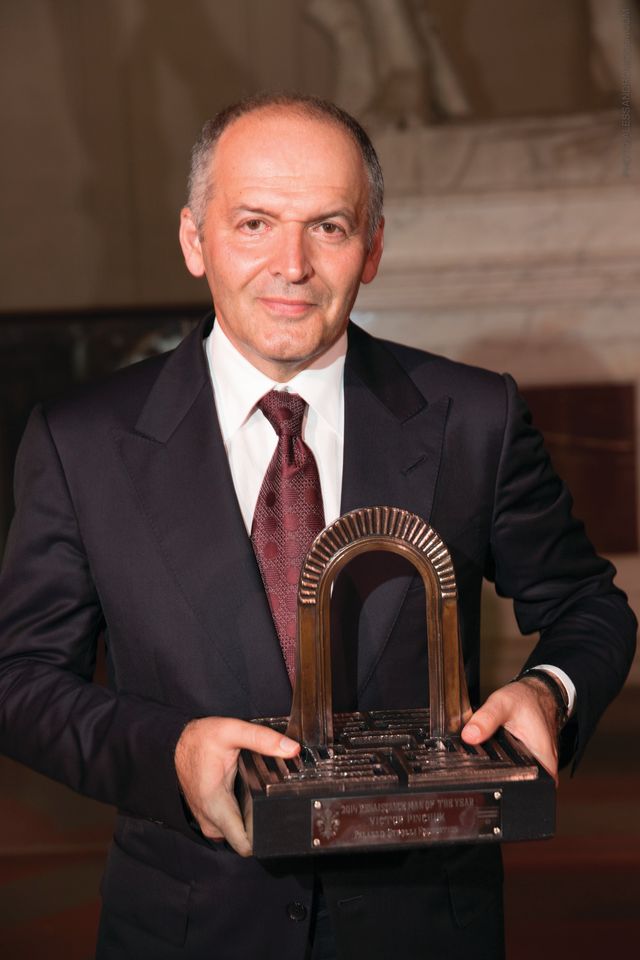 • The Ukrainian entrepreneur and philanthropist Viktor Pinchuk was honoured with the 2014 Palazzo Strozzi Foundation Renaissance Man of the Year Award for his contribution to Ukrainian culture and for facilitating the country’s integration with Europe. The prize was awarded in July at the Galleria dell’Accademia in Florence.

• The six artists shortlisted for the second edition of the Hugo Boss Asia Art Award for Emerging Asian Artists are Guan Xiao (China), Huang Po-Chih (Taiwan), Moe Satt (Myanmar), Maria Taniguchi (the Philippines), Vandy Rattana (Cambodia) and Yang Xinguang (China). Their works will be shown at the Rockbund Art Museum in Shanghai from 30 October to 3 January 2016.

• The nominees for the seventh Contemporary Art Society Annual Award are Pablo Helguera (who also draws our Artoon) with the Middlesbrough Institute of Modern Art, Ragnar Kjartansson with Amgueddfa Cymru—National Museum Wales and Artes Mundi, Stephen Sutcliffe and Graham Eatough with the Whitworth Art Gallery in partnership with LUX, and Katrina Palmer with the Stanley & Audrey Burton Gallery at the University of Leeds, in collaboration with the Henry Moore Institute. The £40,000 prize funds a new commission for the winning museum’s permanent collection by its chosen artist.