From capped visitor numbers to surgical gloves and temperature checks, here's how cultural institutions are getting ready to leave lockdown 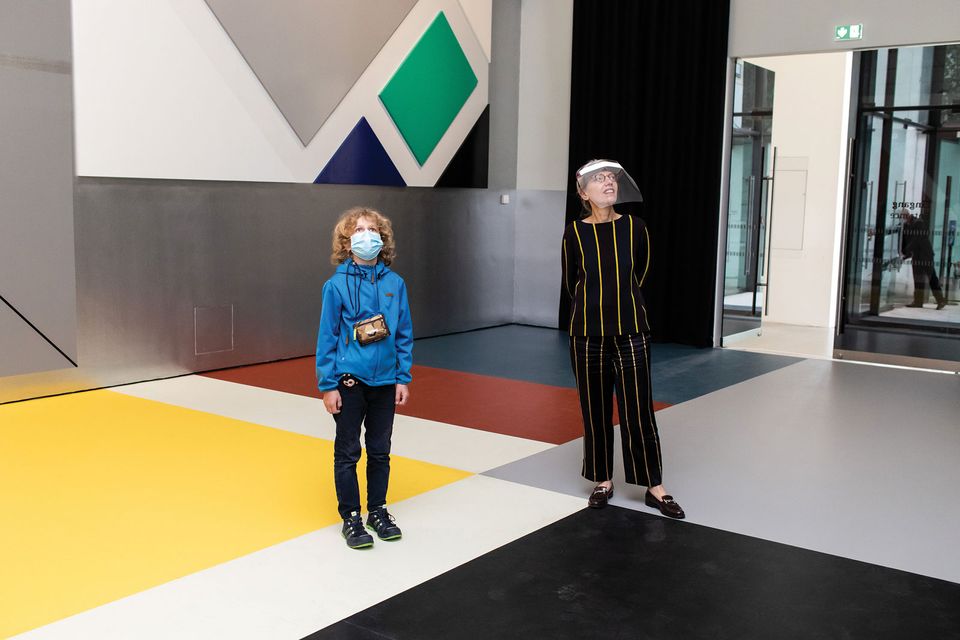 Visitors wearing masks at Vienna’s Lower Belvedere, which reopened on 15 May © Ouriel Morgensztern/Belvedere

The closure of Europe’s museums was swift. Three months on, their reawakening is a slower, more anxious transition, dictated by government orders and public health guidance. Preventing museum-goers from touching the art suddenly pales next to the challenges of welcoming them back during a pandemic—ensuring they keep a safe distance from staff, each other and common surfaces. But for all the constraints, people are returning to physical experiences of art. The Art Newspaper spoke to museums in five countries leaving lockdown about their strategies for reopening safely, and what the public reaction has been so far. 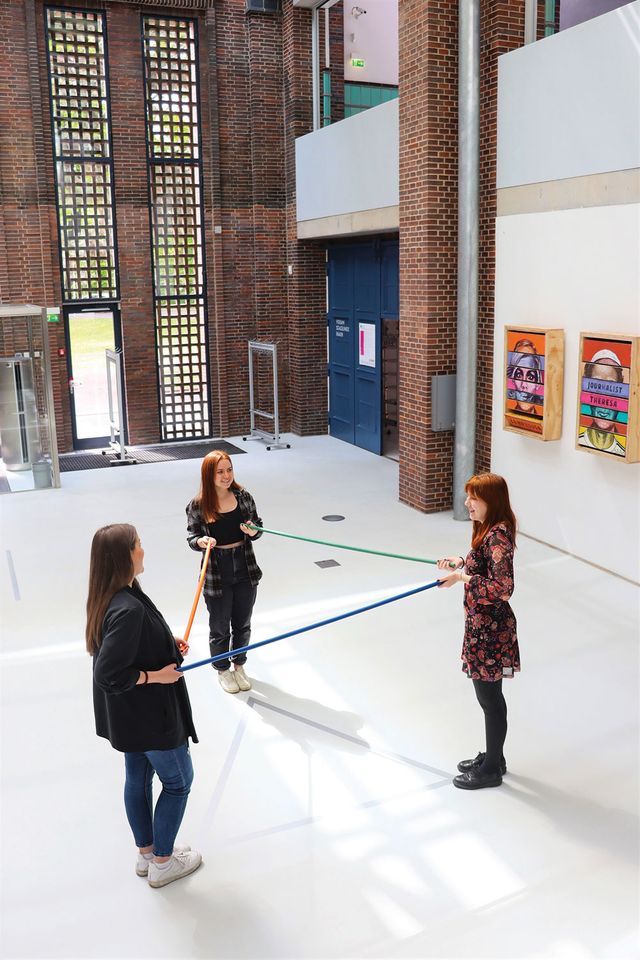 German museums have reopened gradually, according to the specific guidelines issued by the country’s 16 states. Brandenburg led the way, allowing small rural museums to reopen on 22 April. The Brandenburg State Museum for Modern Art in Cottbus, around 100km from Berlin, followed on 1 May.

It is providing poles and ribbons exactly 1.5m long so visitors can maintain the minimum distance allowed between members of different households. The distance is also marked on the foyer floor. Other precautions include a plexiglass shield protecting staff at the ticket counter and dispensers of hand sanitiser that “cost a fortune”, says the museum’s director, Ulrike Kremeier.

Capacity is limited to 100 visitors at a time, with staff regulating the flow through the galleries to ensure 20 sq. m per person. “Our visitors are sensible people,” Kremeier says. “I don’t anticipate problems.” Group tours probably will not start again until the autumn. Masks are not obligatory but are recommended.

The museum is launching a series of pandemic-inspired collection displays, exploring the themes of the handshake (until 5 July), masks (11 July-30 August) and gloves (5 September-11 October). A new video in the foyer examines solutions devised by artists of the past for personal protection in public, such as Weegee’s photograph Boy Meets Girl—From Mars (around 1955), in which a couple embraces through bubble helmets. 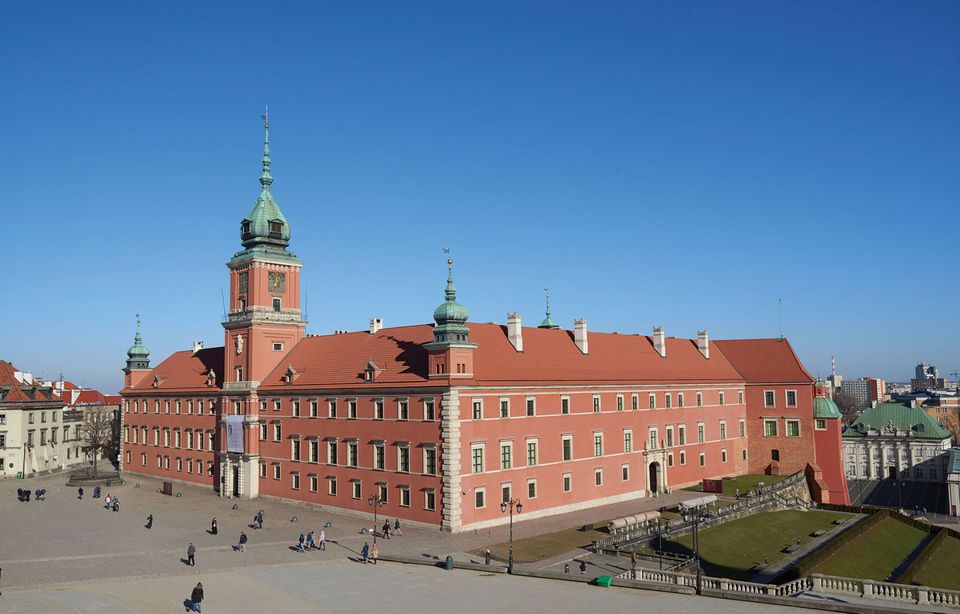 The Royal Castle in Warsaw was the first Polish museum to reopen on 4 May Photo: Andrzej Ring; Lech Sandzewicz

Energetic behind-the-scenes preparations allowed the Royal Castle in Warsaw to be the first major Polish museum to reopen after government restrictions were relaxed for cultural institutions on 4 May. “The castle is waiting, the castle continues,” says its director, Wojciech Fałkowski.

The speedy reopening was helped by the museum’s non-narrative layout, which offered more freedom to create a new one-way tour route. There is no air-conditioning (a potential means of spreading the virus), the two lifts are rarely used, and ticket windows were already shielded. Audioguides have been locked away and only individual visitors are permitted.

Visitors must wear masks and stay 2m away from each other and museum staff, who have replaced white cotton gloves with plastic surgical ones. Visitor numbers are capped at 100 per hour, and the exhibits limited to a handful of historic interiors. Victims of the pruned tour are the castle’s star Rembrandt paintings, Girl in a Picture Frame and The Scholar at the Lectern (both 1641), which remain in a separate gallery on a different floor.

Despite the absence of the Rembrandts, attendance so far has been brisk, revealing a pent-up desire for culture among Poles who had been subject to stay-at-home orders from 12 March. But no one can say when the numbers will return to those for 2019, a record year when the castle welcomed more than a million visitors. 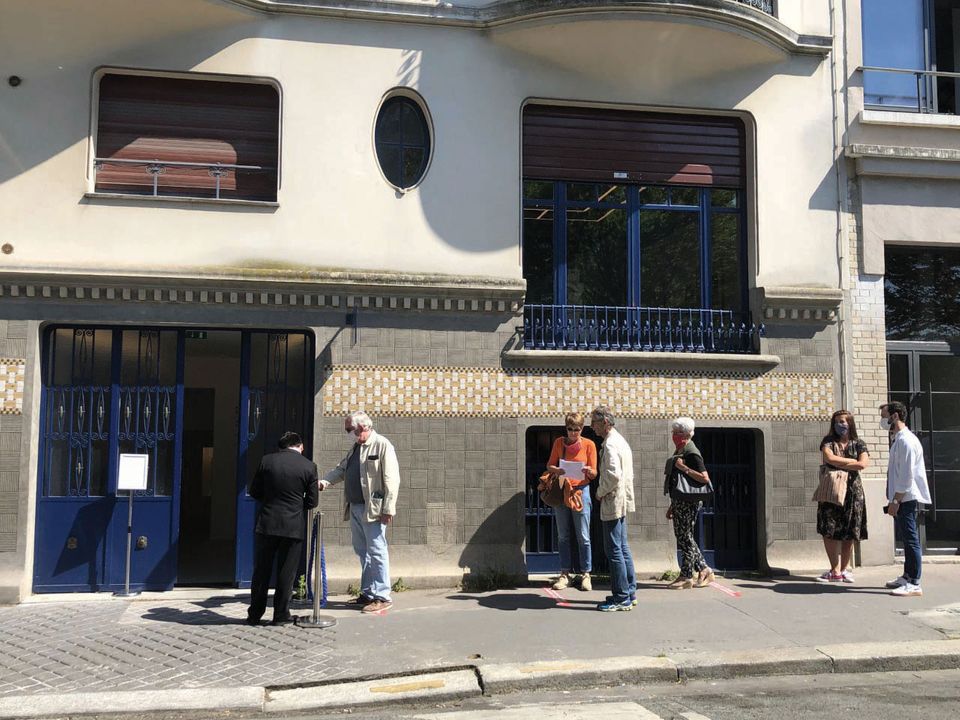 While major museums in Paris remain closed—the region is classified as a “red zone” due to its higher virus risk—the bijou Institut Giacometti reopened on 15 May, four days after France eased the lockdown for small museums.

A maximum of ten visitors can book a 20-minute time slot online (a quarter of the previous capacity). Opening times are now an hour later, 11am-7pm, so staff can avoid public transport during peak hours.

Bookings for the first three days sold out. “The interest was immediate—people were waiting for direct contact with art again,” says Catherine Grenier, the institute’s president.

Safety measures follow advice from the French health ministry, the institute’s partner in Beijing and the reopening strategies of German museums. Red tape demarcates the socially distanced queue outside the Art Deco building and hand sanitiser is available at the front desk, where one member of staff works behind plexiglass. According to a “visitors’ charter”, everyone must bring their own masks and stand at least 1.5m apart.

The exhibition In Search of Lost Works (extended to 21 June) remains unchanged, except the printed booklet has been replaced by an audioguide that visitors can access on their smartphones via the website or by scanning a QR code.

Though there are no plans to address the pandemic in future displays, Grenier says Giacometti’s work “always” evokes themes of “fragility, weakness, resistance and humanity”. 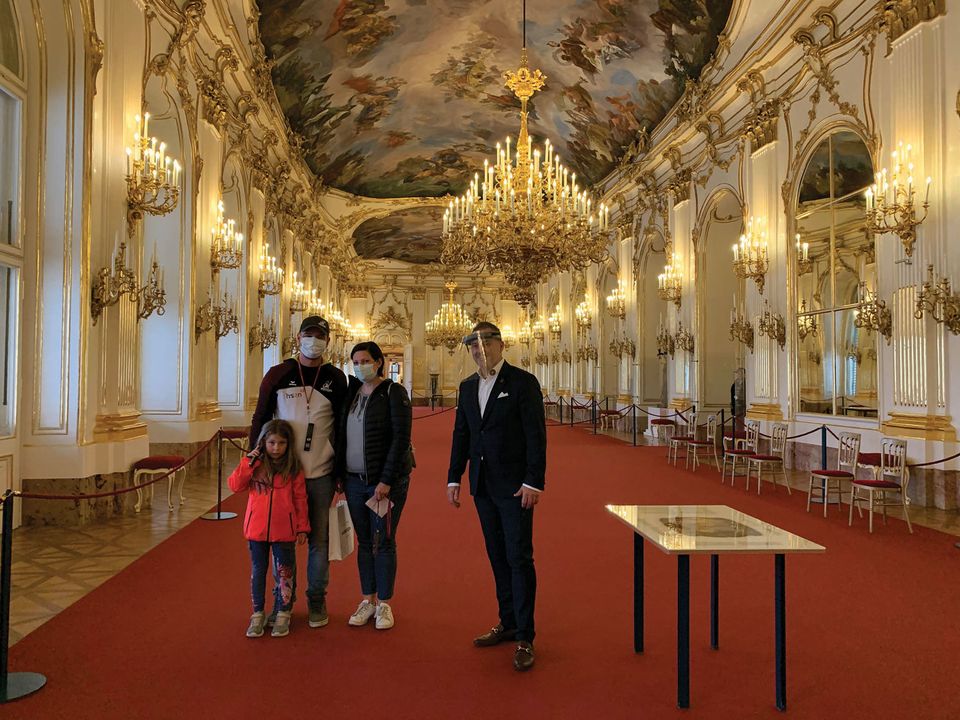 Vienna's Schoenbrunn Palace has reduced daily capacity from 10,000 on busy days before the pandemic down to 1,750 © SKB

The first Viennese museums to emerge from lockdown, the imperial palaces and the Lower Belvedere, greeted visitors from 15 May with shielded ticket counters, instructions to wear masks at all times and disinfectant dispensers.

The Austrian government also prescribes 10 sq. m of space per visitor, a rule that drastically limits access to museums and galleries. Daily capacity at Schönbrunn Palace is now 1,750, far below the peak of 10,000 on busy days before the pandemic, says the director Klaus Panholzer. However, he adds: “Our joy for the restart has overcome every difficulty to get ready in such a short time.”

On 11 March, Austria ordered all cultural venues to close until 30 June, but on 17 April a new decree allowed museums to reopen by mid-May. “That new announcement came as a great surprise to the federal museums,” says Stella Rollig, the director of the Belvedere. “Having to reopen so quickly naturally presented organisational problems, but we are complying with all rules, and security measures are being well received by the visitors.”

The first weekend brought 750 visitors to the Lower Belvedere, where the Into the Night exhibition was resumed (until 1 June). In the Upper Belvedere, due to reopen on 1 July, the usual time-slot bookings might be combined with a one-way system to prevent overcrowding. Most other Viennese museums are staggering their reopenings from late May to 1 July. 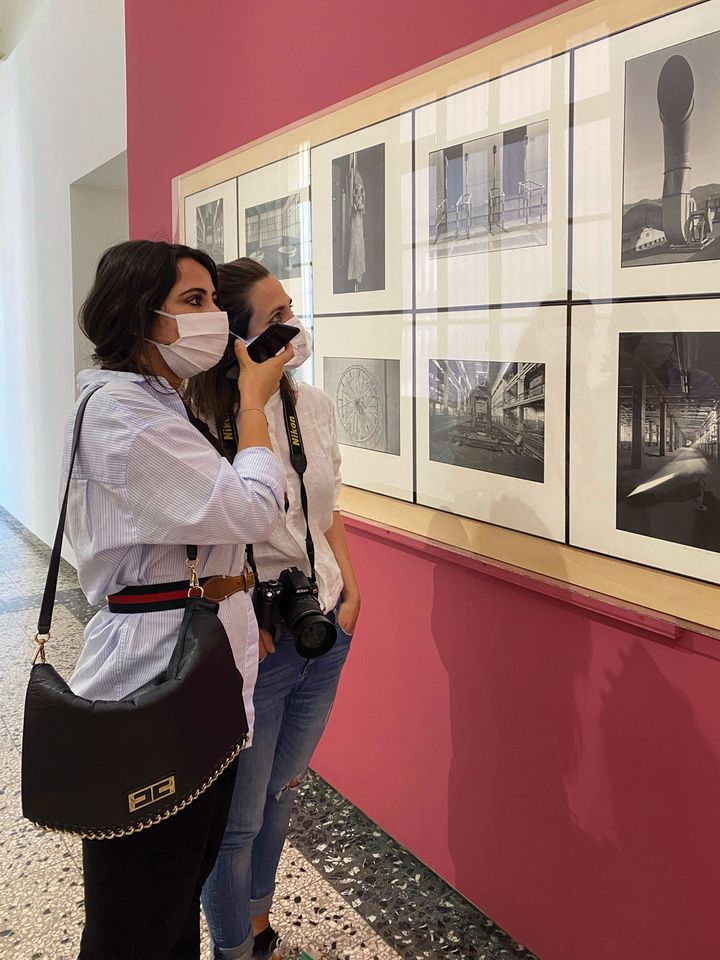 Closed since 8 March, Italian museums and sites have reopened in dribs and drabs from 18 May. First were those that had the resources to enforce state safety regulations, including the Galleria Borghese in Rome, Castello di Rivoli near Turin and Pompeii archaeological park.

A number of private institutions also reopened quickly, such as Milan’s Poldi Pezzoli house museum and Turin’s Sandretto Re Rebaudengo Foundation (with mandatory masks and a maximum of 15 visitors at a time, accompanied by guides) and Camera photography centre.

Camera now expects 700 visitors a week, compared to the 3,000 who flocked to the current exhibition of the Bertero collection (until 30 August) in nine days before the lockdown. People can pre-book admission online or wait in the queue outside. Camera has screened off the ticket desk and is supplying disinfectant gel; visitors must wear face masks and, to browse the books in the shop, disposable gloves.

Arrows and coloured dots on the floor signal the one-way route and a 1m minimum separation—precautions common to other Italian museums. The main innovation at Camera, according to the director Walter Guadagnini, is the QR code in each room linking to an exhibition audioguide on people’s smartphones “to avoid contagion”.