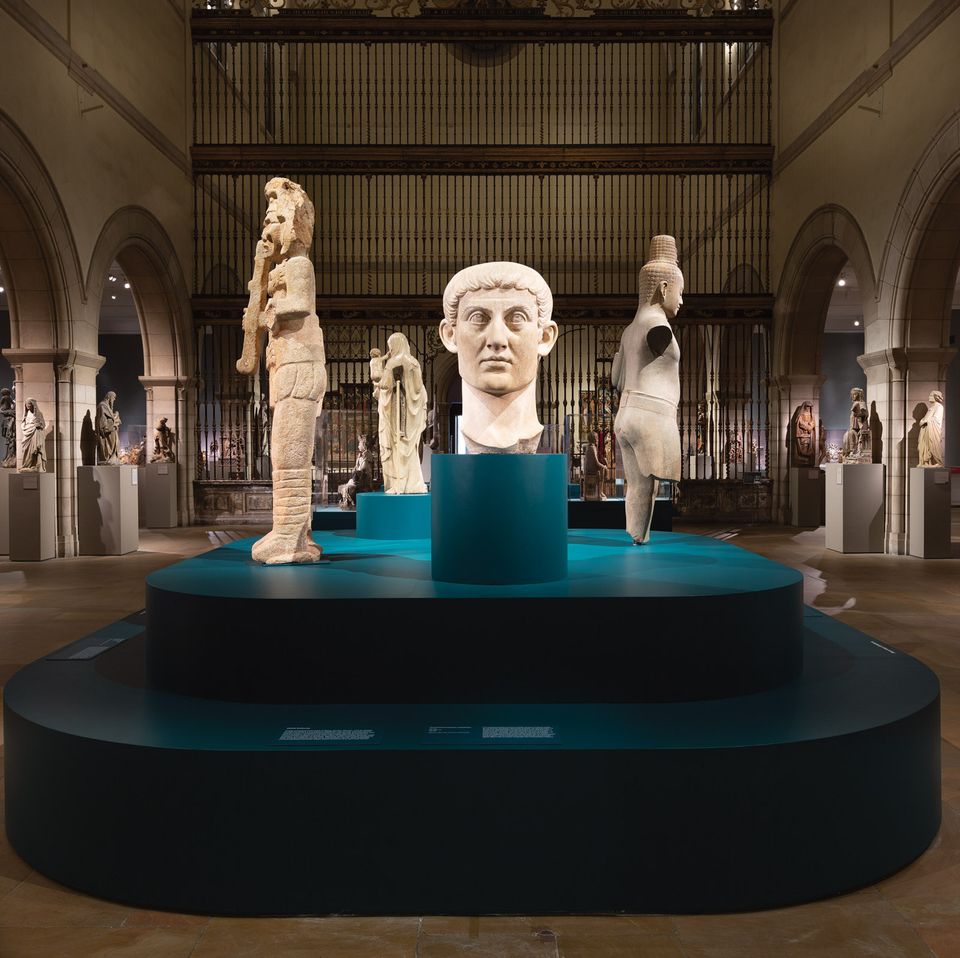 “In a time of nationalism, it’s important now more than ever to show the interconnectedness of cultures, and a certain joint cultural heritage,” Max Hollein, the director of the Metropolitan Museum of Art in New York, said in a recent interview. With the Met now closed due to the outbreak of coronavirus (Covid-19), and the entire world reeling from its continued impact, that message may resonate more powerfully.

This year marks the Met’s 150th anniversary, and the year-long series of displays, events and exhibitions set to mark the occasion—including Making the Met 1870-2020, a tour of the museum’s complicated history—is now on hold. (The Met has projected a $100m shortfall because of the coronavirus crisis and a series of all-but-certain layoffs.) But when the museum does reopen, its slate of programming might offer something for the current moment.

While Making the Met looks back to the museum’s beginnings, various other anniversary initiatives grapple indirectly with what it means to be a global museum in the 21st century, underlining the idea that the world is one, extremely heterogeneous community. For example, the institution’s new Crossroads displays, which bring together objects from different departments at the intersections of their respective footprints in the museum, emphasise the shared experiences that underpin those siloed areas of study. So a pair of 17th-century Edo screens show European merchants arriving in Japan—giving rise to a rich transmission of objects and ideas—while the arresting Roman stone head of the Emperor Constantine the Great shares a pedestal with a monumental ninth-century Maya rain deity, power objects separated by centuries and land masses that nonetheless share something essential.

The museum has used its 150th anniversary as a hook to pursue new acquisitions that fill gaps in its canon, many of which it still plans to display this year. Those include a Tibetan war mask donated by Steven Kossak, a former curator of Asian art at the museum, and Sam Gilliam’s Carousel State (1968), a “drape painting” extending from the wall into space.

All of this is intended to further expand the museum’s representation of all the cultures of the world and dissolve what Hollein describes in his catalogue essay for Making the Met as the “outdated taxonomies” of the Enlightenment model of the encyclopaedic museum. The programmes are also intended to open up the institution to more perspectives, whereas historically its vantage points were dictated by the limited tastes of wealthy New York collectors.

The museum was founded in 1870 by a group of leading New York professionals and artists who believed the city needed an institution to rival the Victoria & Albert Museum in London and the Musée du Louvre in Paris—a place of learning for artists and artisans and a repository for aristocratic collections. But their interests then and for many decades were lopsided. “They were interested in the classical past, in lands that were touched by the Bible,” says Andrea Bayer, the deputy director of collections and administration, who coordinated the cross-departmental team that put Making the Met together. “And they were interested in great Chinese traditions, European traditions. But large chunks of the globe were of less interest to them.” Mesoamerican works of art, for instance, were for a long time sent offsite to the American Museum of Natural History or the Brooklyn Museum.

It was only late in the 20th century that some of those works were brought back and joined with a Rockefeller bequest of predominantly African and Oceanic objects to form the Department of Africa, Oceania and the Americas. “I’m just old enough to remember when that wing opened and the incredible impression it made—to have all of this breathtaking art that one hadn’t seen before, and that openness to the world that it created,” Bayer says. “Ditto for the Islamic galleries, which opened in 1975.”

At the same time that the Met was becoming more inclusive, however, and empowering the groundbreaking curator Lowery Stokes Sims to acquire work by women and artists of colour, “we were completely messing up how we were showing the spectrum of contemporary art”, Bayer says. The status of Modern and contemporary art at the museum has been as fraught as its now-controversial excavations in Egypt and the Middle East of the early 20th century, and of its presentation of Native American funerary and ceremonial objects. The Met did not always hold the art of the present in high esteem: it famously turned down Gertrude Whitney when she offered the museum her collection of Modern American art in 1929.

Making the Met revisits the painful history of Harlem on My Mind, the museum’s 1969 exhibition about an epicentre of African-American cultural life—an ethnographic presentation of photography that failed to include a single painting or sculpture by an African-American artist. The museum was “not proper in our relationship with artists from Harlem, not proper in our relationship with artists in New York”, Bayer says. “Those were missteps.” She adds that inevitably, future generations may find fault with the curatorial decisions that are made today.

While the museum reflects on its past (and present) exclusions, Hollein hopes to cultivate shifts at the museum that will welcome its ever diversifying audience. “I think the idea of the encyclopaedic museum is still extremely valid, bringing the cultures of the world together in one place,” he says. But he adds that it needs to move away from “one linear narrative, to include more subjective stories; to make that complexity more understood; to convene and complicate these multiple and interconnecting stories.”