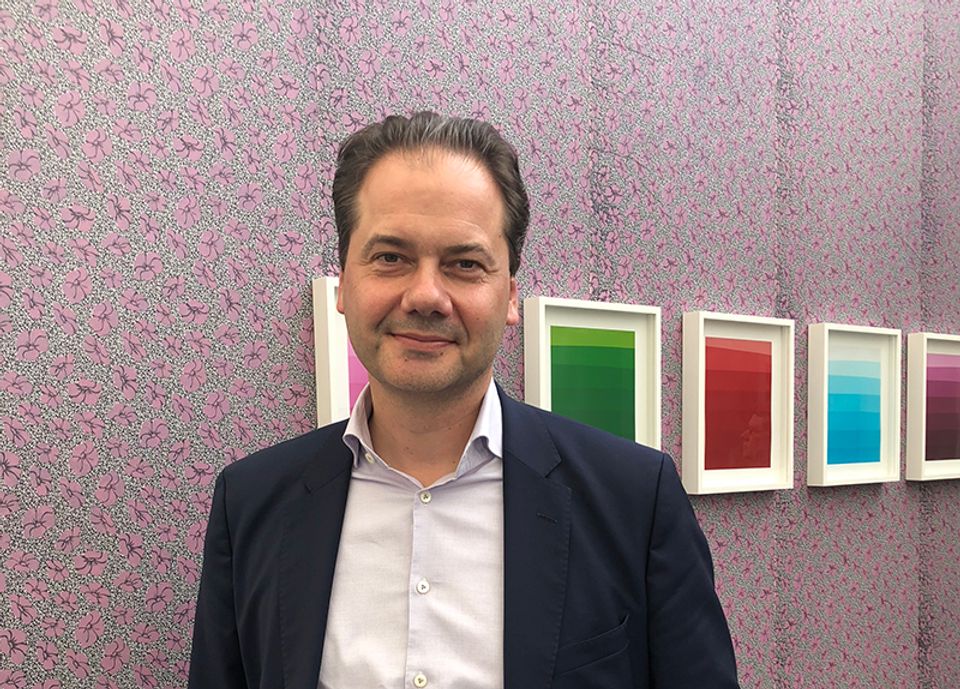 Max Hollein, the Metropolitan Museum of Art’s director since August, says that, although he has spent nearly 20 years at the helm of museums, “there is nothing quite like the Met”. Hollein discussed his first 100 or so days at the museum at its biannual press breakfast today (20 November), which served as an update on the Met’s multiple building projects, acquisitions, current and upcoming shows and its overall financial health, with a look forward to its 150th anniversary in 2020.

Hollein said his first 100 days or so have been both “fairly intense” and “extremely exciting”. No wonder: since he began as director in early August, the museum has announced major moves like its early vacating of the Met Breuer and a shift to presentation of Modern and contemporary art in its main Fifth Avenue Building; revisiting the plan for its David Chipperfield-designed Modern and Contemporary wing, indefinitely delayed in 2017 amid the museum’s financial troubles; and just yesterday, an overhaul of its Michael C. Rockefeller Wing.

The museum’s president and chief executive, Dan Weiss, said that he is “very pleased” with the Met’s “financially vibrant” situation, and that it is on track to balance its budget by 2020. Weiss also defended the Met’s controversial decision to begin charging non-New Yorkers mandatory $25 general admission last March—even saying that the per-capita revenue from New Yorkers, who still enjoy pay-as-you wish admission, has gone up. “They’ve stepped up and are helping us as well,” he said. The museum’s revenue has also gone up around 40% over the past year, he said.

Both Weiss and Hollein discussed the plan for a $70m overhaul of the Michael C. Rockefeller Wing for art of Africa, Oceania and the Americas, designed by Kulapat Yantrasast of the Los Angeles-based firm wHY and due to start in late 2020 for a planned 2023 completion date. The galleries, which present art from “something like two-thirds of our planet”, Weiss said, were opened in 1982 to house Nelson A. Rockefeller and Mary Clark Rockefeller’s gift of art from these regions. “The Met became truly an encyclopaedic institution” with this gift, Weiss said. The gift, made in 1969, turns 50 next year.

Incorporating this work from Africa, Oceania and the Americas into the museum’s collection was “probably, I would say, the most avant-garde moment the Met has ever had”, Hollein said. In this new airy, light-filled gallery plan, “you’re not looking into the ‘heart of darkness’,” he said, pointedly contrasting this with the scenography at the Musée du Quai Branly-Jacques Chirac in Paris, France’s national museum for extra-European art. He also pointed out 20th-century works in the renderings for the galleries, continuing his mantra of emphasising non-Western Modern and contemporary art as being part of the art historical narrative.

The museum has ongoing major renovation projects, most notably, the $150m European Paintings Skylights Project, launched this year, which includes major work on the skylights as well as masonry and repairs to infrastructure dating from the 1930s. (“It’s a beautiful photograph, but not great infrastructure!” Weiss quipped, pointing to an image of very dated-looking boilers.) Hollein afterwards showed a more aesthetically pleasing, further along renovation, the British galleries due to reopen in 2020—the first major opening of that 150th anniversary year, he said. The refreshed spaces will include a reconstructed 17th-century staircase. The conservators even located the original crate from when the staircase came to the Met, and found missing pieces, he said. Somewhat surprisingly, the Chipperfield Modern and contemporary addition was not discussed in any detail.

The “cornerstone” for the 150th anniversary celebrations in 2020, said Andrea Bayer, who was recently named deputy director for collections and administration, is the permanent collection, not only such gallery revamps, but also acquisitions and new presentations of the collection. Forty-four donors plan to give gifts across 13 departments, she said. Gifts include a very rare 17th-century Chinese ritual painting of the thousand-armed Buddhist deity Gyuanyin. The Met is also planning a series of “deconstructed” exhibitions leading throughout the permanent collection galleries, she said.

Hollein and the Met’s chairman of Modern and contemporary art, Sheena Wagstaff, discussed future exhibitions, from The Tale of Genji: a Japanese Classic Illuminated (5 March-16 June 2019), which looks at art based on the noblewoman Murasaki Shikibu’s 11th-century work (sometimes called the first novel), to Home Is a Foreign Place (9 April 2019-June 2020) at the Met Breuer, named for a 1999 woodcut portfolio by the India-born, US-based artist Zarina, juxtaposed at the beginning of the show with a Robert Rauschenberg flag work. The exhibition underlines the Met’s focus on contemporary art from Latin America, Southeast Asia and the Middle East, Turkey and North Africa, Wagstaff said. Play It Loud: Instruments of Rock & Roll (8 April-1 October 2019), co-organised with the Rock & Roll Hall of Fame, will include such objects as the electric guitar that Chuck Berry used to write Johnny B. Goode.

Despite all of the excitement surrounding building projects, acquisitions and exhibitions, Hollein’s first major achievement in 100 days at the Met? “I’m finding my way back to the office,” he said.