While this year's A-level results show a rapid decline in arts subjects in the UK, countries outside of the West are stepping up teaching of creative subjects 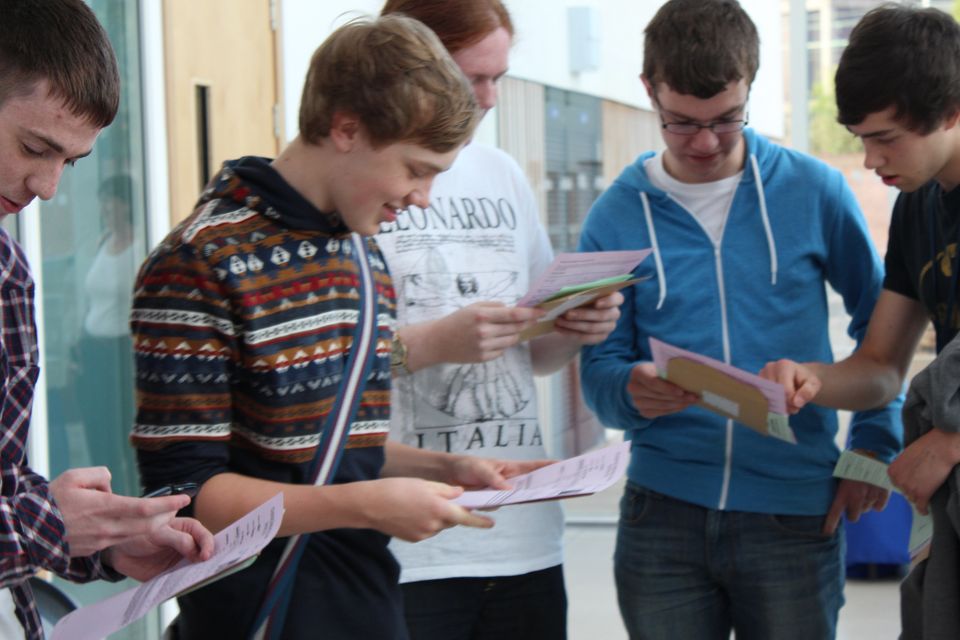 As students in the UK received their A-level results last week, the accelerating decline in the take-up of arts subjects in our schools has again been starkly highlighted. The drop in entries for art A- levels has doubled in England since last year, according to the Association of School and College Leaders.

Last year, I attended the Varkey Foundation’s Global Education and Skills Forum (GESF) in Dubai—the so-called “Davos of education”—to hear about the latest thinking in global education from world leaders, education ministers and major thinkers. The 2017 conference was dominated by an emphasis on the teaching of Stem subjects (science, technology, engineering and maths) and culminated in the award of the prestigious million-dollar Global Teacher Prize, won by a sports teacher in a small Inuit community.

This spring, I chaired a session at the 2018 GESF on the importance of arts education, intended largely as a corrective. While the West is focusing on Stem skills, notably measurable literacy and numeracy and a career-orientated approach, China has introduced significant education reforms that have resulted in a growth in the teaching of the liberal arts as well as the sciences—providing a comprehensive curriculum that also includes the arts, humanities and social sciences. This reform was precipitated partly by the fact that multinational companies were finding Chinese applicants lacking in creative spark, passion and adaptability, all of which are seen as crucial to fuelling an innovation economy, as well as creating wise and caring citizens.

My panel included the formidable Andria Zafirakou, a British art, design and textiles teacher from Alperton community school in London, who—to our great delight—won the coveted prize the next day. (She was selected from more than 30,000 nominated teachers from 173 countries around the world.) There was also a fascinating change in tone from the forum of the previous year. Yes, there were tech entrepreneurs and an increasing focus on the opportunities as well as the disruptive power of artificial intelligence, but as the conference’s world-leading experts looked forward to 2030, there was also a refreshing new emphasis on the critical importance of the arts and humanities, both to the quality of our lives and to our working futures. Rather than simply supplying quantitative-skills fodder to the workplace, a rounded education should inspire creativity and innovation, and give everyone a sense of self-value, as well as passion and purpose.

Back home, England seems increasingly like an educational backwater in terms of this shifting global perspective. Creative subjects are now excluded from the Department for Education’s league tables, and as a result, the number of pupils taking GCSE arts subjects fell by a further 51,000 this year (according to the government’s own figures). But Zafirakou is undeterred. Against this depressing backdrop—with a BBC survey showing that nine out of ten schools have cut back on lesson time, staff or facilities in at least one creative subject—she has launched a campaign with some of the prize money. She aims to bring artists and arts organisations into every school in London during the initial phase of her ambitious Artists in Residence pilot, before implementing the scheme nationally.

Zafirakou’s secondary school in Brent is in one of London’s most deprived and diverse boroughs, where many talented children are poorly served by the over-emphasis on Stem subjects and relentless formal tests. Her art class, she says, is one of the only places where there is no right or wrong, and where students do not feel pressured to reach a certain standard. They have more time to explore, to develop, to experiment. “It is very mindful for them,” she says; the “complete immersion is refreshing and nourishing”.

With no arts subject included in the English Baccalaureate, she asks the government, which has fallen over itself to embrace her success: “What is that saying to the students and the local community about the value of the arts? What about the whole package of making a child more rounded? Is this the right way of assessing our children—testing them, under pressure, on their powers of recall?” A student at Zafirakou’s school will sit 33 exams in the space of four weeks. She says that many of them—especially those with special needs and speech and language difficulties—would be excluded, angry and lost, without any sense of self-worth, without classes such as her own. Now, she says, “they are the first ones to say: ‘I am proud of what I am’”.

We are in grave danger in England of valuing skills tailored to a disappearing job market while crushing the innate talent and creativity of our children. In the present climate, it is unfashionable to talk about talent in an educational context because of the overwhelming emphasis on the teaching of “academic” skills that can be learned through hard graft, continual testing and consistent application. But as the artist Michael Craig-Martin, Zafirakou’s fellow panellist, concluded at the GESF: “If you do not have an academic talent, as a creative talent you invent your own.”

Creativity and the arts have never been more relevant to a world that will set great store by human ingenuity, resilience and adaptability. As we row backwards, China is shifting from imitation of the West to influence. It is worth bearing this in mind as children recover from an exhausting summer of exams and the government fails to look beyond the immediate results.

• Alison Cole is the editor of The Art Newspaper