Five lots from the DFS founder Graham Kirkham's collection made up almost half of the value of the £56.3m London sale, which was led by a late Turner 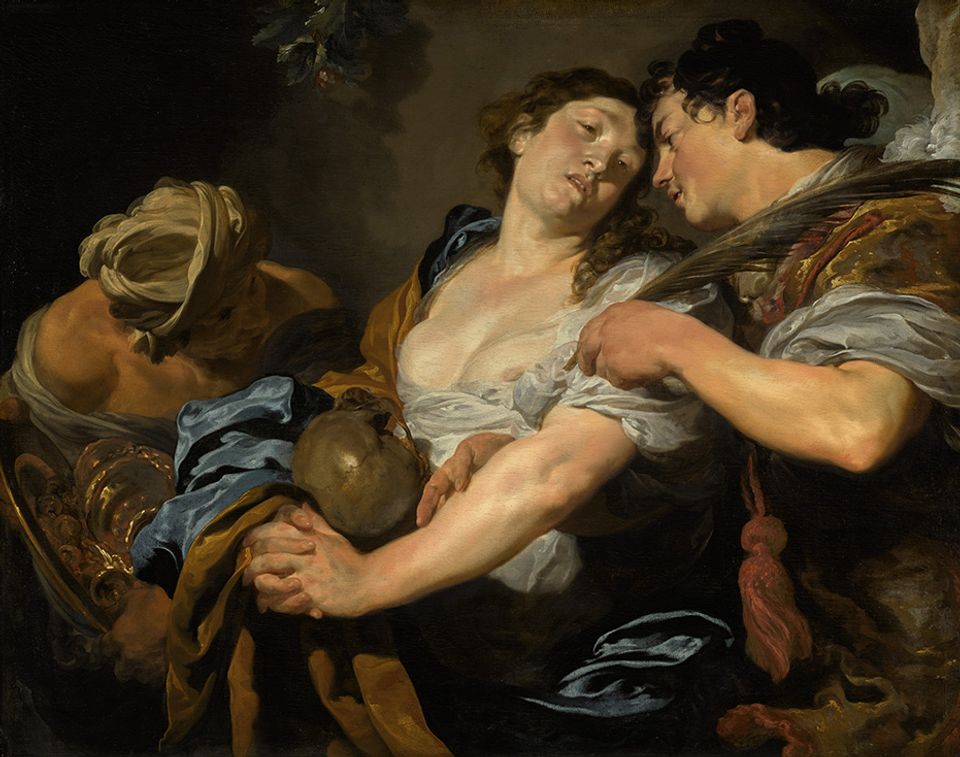 Sotheby’s evening sale of Old Master art last night owed much to the patron saint of the three-piece suite, it appears.

Sotheby’s Andrew Fletcher said the strength of the sale was thanks in part to “several works from one collection” formed by a British collector who bought Old Masters “very wisely at auction in the 1990s”. Indeed, five works—all from a “distinguished private collection”, bought in the 1990s and guaranteed by third parties—accounted for almost half (£22.8m; £26.3m with fees) of the £47.6m (£56.3m) sale, which had an estimate of £45m–£64.3m. The collector, according to Colin Gleadell of the Daily Telegraph, is Graham Kirkham, the founder of the furniture maker DFS (renowned across the UK for its sofas) and ardent art collector. Kirkham is also the owner of a pair of gold lamé Gucci underpants, if you believe a column he wrote for Retail Week last year.

This was Sotheby’s third highest grossing Old Masters sale in London, up 32% up from last year and the best result since 2014. Nine artist records were set. But it also included the highest number of guarantees in a Sotheby’s Old Master sale too, with 11 of the 37 lots backed by third-parties, which bolstered the selling rate of 84% by lot. "It was solid but there were no fireworks," says the advisor Harry Smith of Gurr Johns. "The start lots were so heavily guaranteed, I don't think there was any upside in them. The [Johann] Liss got a bit of upside but I think the rest pretty much went to guarantors—they were pre-sold essentially, but it seems to be that guarantees shouldn't be used to pre-sell works, they should be used to prevent disaster." He adds the atmosphere would have been better "were things not so heavily guaranteed. It sucked the air out of the room a bit." 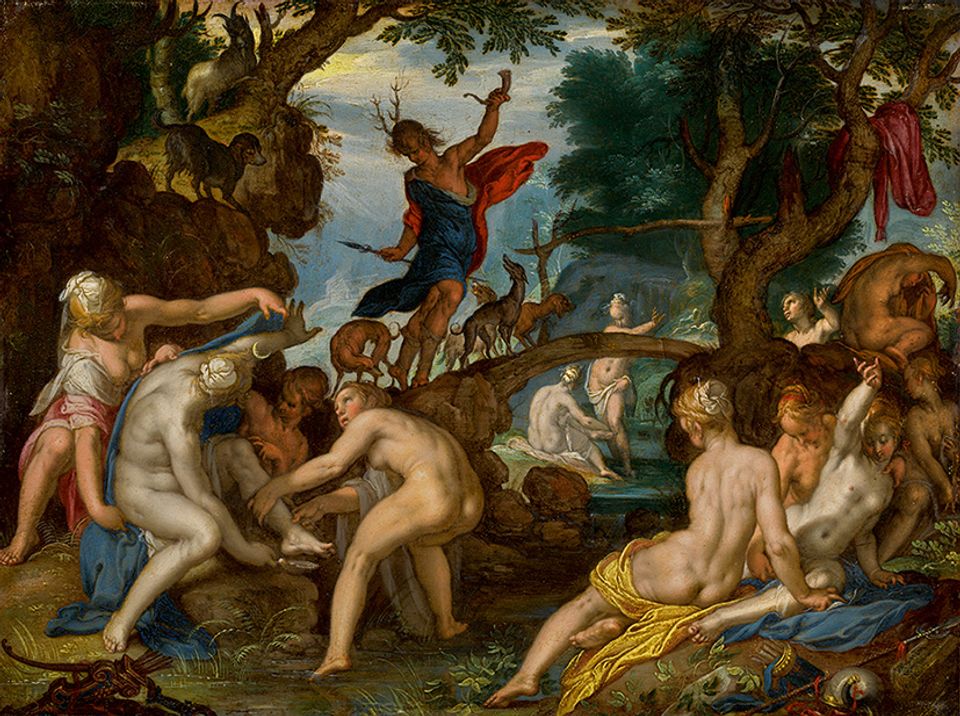 One of the Kirkham works was Johann Liss’s masterpiece, The Temptation of Saint Mary Magdalene (c.1620). Johann who? You may ask, but the Liss, despite not being by a household name, attracted much admiration from connoisseurs and dealers. Born to two artists, the German painter died young, in his 30s, and few of his works survive. The Temptation is a melting pot of artistic invention in 1620s Europe, fusing a knowledge of Rubens (the pose is indebted to him) from Liss’s early life in the Netherlands, with Veronese (he moved to Venice by 1621), evident in those rich Venetian reds, and a dose of Caravaggesque drama. The dynamically composed work, all powerful forearms, sold on the phone for £4.8m (£5.6m, estimate £4m-£6m) to New York’s Metropolitan Museum of Art. The result more than quadrupled the previous record for Liss (£991,500) set in 1994.

Another 17th-century work from Kirkham’s collection was Jusepe Ribera’s Girl with a Tambourine (1637), one of a series of five works depicting the senses. This grubby nailed Neapolitan street urchin was pitched by Sotheby’s as an appealing if uncharacteristically cheerful example of the Spanish artist’s work. But cheery arguably doesn’t suit Ribera and—not helped by her rotten teeth—the poor girl’s smile is almost a leer, tinged with melancholy. Still, more commercial than flayed saints, the tambourine girl made a new record for Ribera, selling for £5m (£5.7m), to the guarantor. 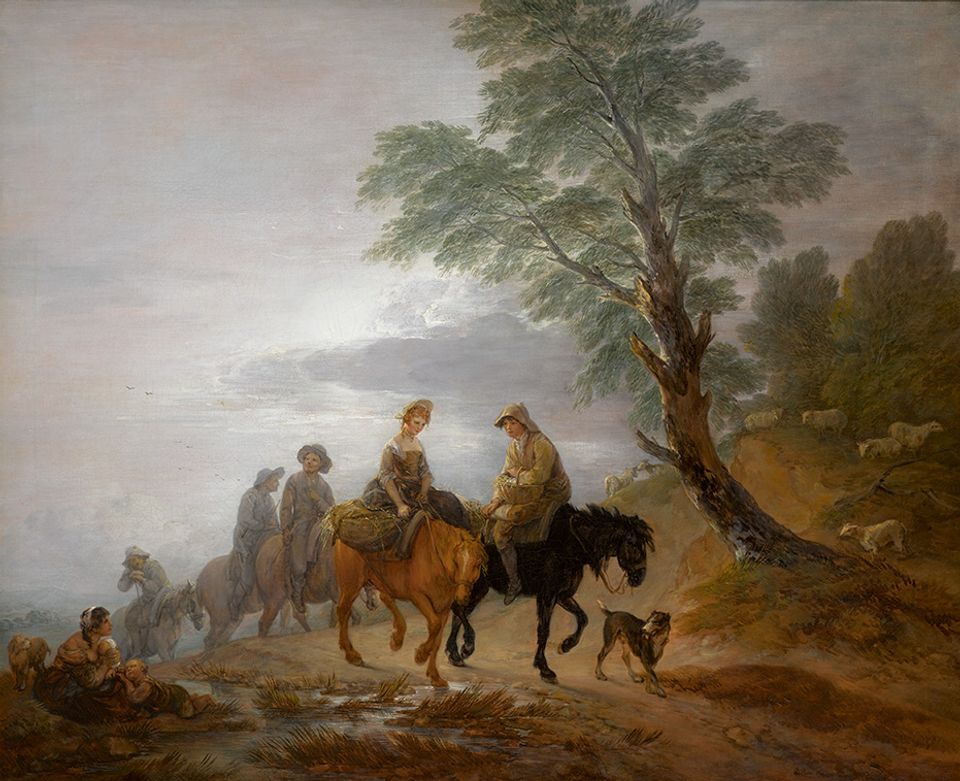 Kirkham’s collection also included a jewel-like little cabinet painting on copper by Joachim Antonisz Wtewael of Diana and Actaeon (c.1610), which sold on its low-estimate of £4m (£4.6m) to its guarantor. The same guarantor, going by the paddle number, also bought Going To Market, Early Morning by Thomas Gainsborough, a work from the 1770s depicting a young buck sitting rakishly side-saddle as he tries to chat up the young woman on the chestnut—seemingly to little effect. This work was bought directly from the artist by his banker Henry Hoare for Stourhead—Hoare’s bank still has the original receipt in its archive. In Christie’s 1883 sale of Stourhead Heirlooms, this was the top lot, selling for 2,700 guineas—for context, Rembrandt’s Landscape with the Rest on the Flight into Egypt (1647) (now in the National Gallery of Art, Dublin) and Nicholas Poussin’s The Rape of the Sabine Women (1633-34) (now in the Metropolitan Museum of Art, New York) both sold for a mere 490 guineas in the same sale.

Last night, Going To Market, Early Morning set a new recored for Gainsborough, selling (to the guarantor as mentioned) on the low estimate for £7m (£7.9m).

“The Baroque led the sale, which is quite a refreshing change from the past few years, which have been led by Renaissance and early Renaissance,” said Sotheby’s head of department Andrew Fletcher after the sale. Indeed, 17th-century Baroque paintings made up almost 40% of the sale’s total. 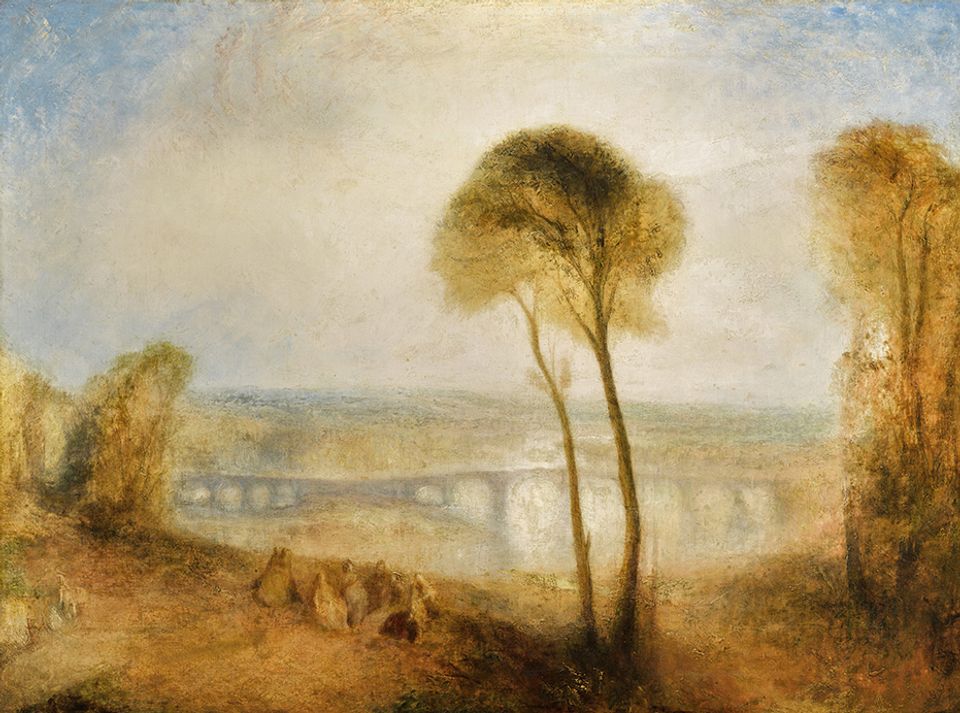 But, as Julian Gascoigne, Sotheby’s head of British pictures, was keen to point out, the top two lots were British landscapes—the Gainsborough and JMW Turner’s sparkling Landscape with Walton Bridges (c.1845), which sold for £7m (£8.1m) above a £4m-£6m estimate to a woman bidding in the room (it was not guaranteed). One of the few works from the 1840s to remain in private hands, this is Turner at his most experimental. The well-travelled work was bought by the US collector Junius Spencer Morgan in 1887 for 1,110 guineas and has been in a Japanese collection since it was sold by Morgan’s descendants at Sotheby’s New York in 1982. "Sotheby's pricing was pretty good and they pitched the Turner well," Smith says. "The surface is very worn—I think in perfect condition it would have made over £20m."

But enough of pretty views of Surrey—one woman in the room was as corrupt, manipulative and self-interested as they come. Enter "La Papessa", aka Olimpia Maidalchini Pamphilj, dubbed the most powerful woman in 17th-century Rome due to her position as the sister-in-law and reputed lover of Pope Innocent X. The men of the Vatican loathed her for her power and Sotheby’s has dubbed her an “early feminist”, though feminists have since changed their messaging on whether sleeping with the Pope is the best way to seek equality. 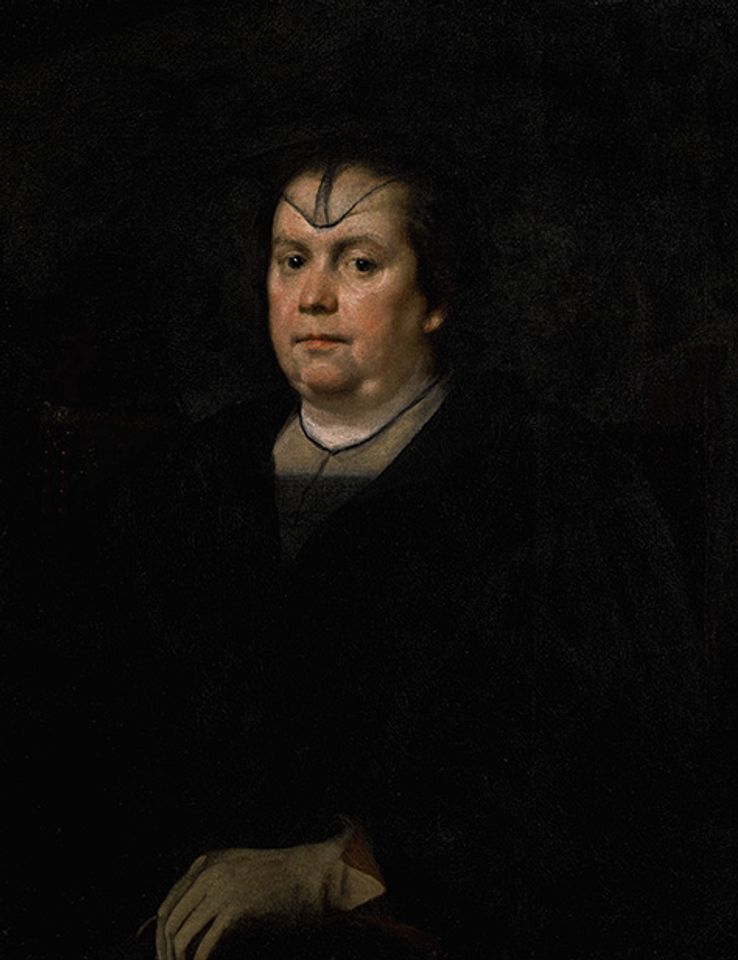 Last night, Sotheby’s offered a rediscovered Portrait of Olimpia Maidalchini Pamphilj, painted in 1649-50 by Diego Velázquez during his second trip to Rome. This glowering work was thought lost for 300 years until a couple of years ago when, dirty from hanging on the walls of a Dutch castle since the 1980s, it was bought into Sotheby’s Amsterdam office as “anonymous Dutch school”. But it bore the cypher of the great 17th-century Italian collector Don Gaspar Mendez de Haro y Guzman, 7th Marques del Carpio, on the back and Sotheby’s has spent the intervening period researching and getting the work authenticated by experts. As Fletcher says, this work is “50% about the sitter and 50% about the painting”—it is not in great condition and the paint, particularly on her mourning dress, has sunk. "Sadly, it's a ruined picture," says Harry Smith, adding "I try not to buy terrible pictures by great names."

"Considering it also included a Turner from over six centuries later, an experiment from the cusp of Impressionism, this sale really encapsulated what a sprawling, amorphous term “Old Master art” has become."

Nevertheless, backed by a late third-party guarantee, the strong-jowled Papessa sold for £2.1m (£2.5m), just into the £2m-£3m estimate. Talking of enigmatic women, the preceding lot, Simon Vouet’s Study of a young woman as the Virgin (late-1620s) had rather too much of a knowing look to be a virgin… and she went unsold at £75,000.

The auction started with the oldest work to be offered in an Old Master sale at Sotheby’s—a gold ground icon from the mid-1230s of a Madonna and Child by the Third Master of Anagni, which sold for £600,000 (£735,000). Considering it also included a Turner from over six centuries later, an experiment from the cusp of Impressionism, this sale really encapsulated what a sprawling, amorphous term “Old Master art” has become.

One final mention for the quieter cousin of Old Master painting—drawings. Earlier yesterday at Sotheby’s, a new record was set for a drawing by Canaletto, as The Presentation of the Doge in S. Marco, a pen and brown ink from a series of twelve depictions of the ceremonies of the Feste Ducali, sold for £3.1m with fees.