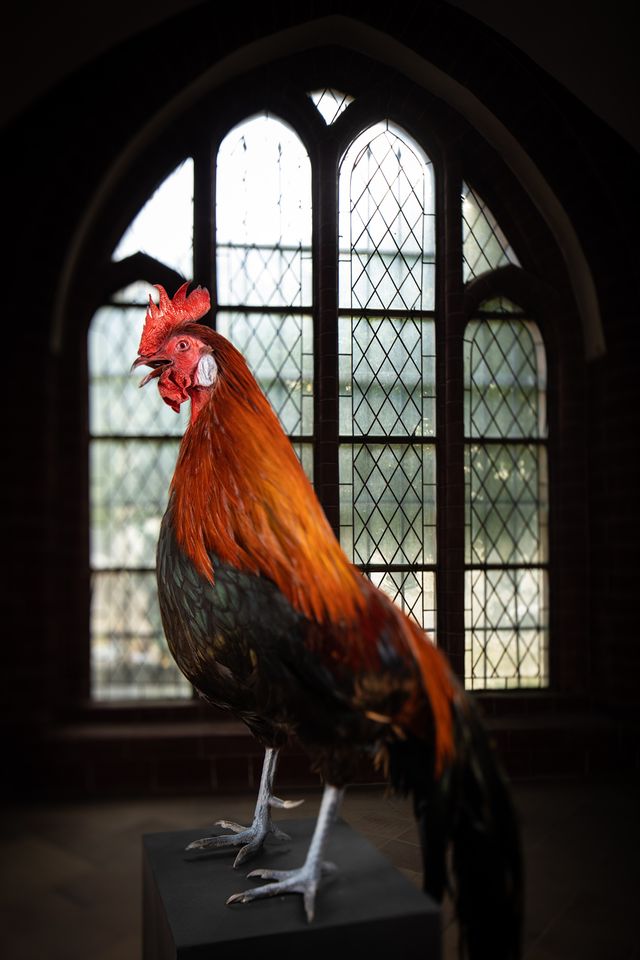 “Sometimes the best way to show you care is just to shut up and listen”, says Xanny, a prepubescent, white boy on a three-channel projection at Museum Frieder Burda. The rest of Candice Breitz’s exhibition Sex Work (until 5 January 2019) invites the viewer to do just that. In 11 hours of interviews with predominantly black sex workers, the South African artist collaborates with the Sex Workers Education & Advocacy Taskforce (Sweat) to create a platform for the workers to discuss their labour and lives on their own terms. The expansive triptych is titled TLDR (2017), which means, for those less fluent in digital culture: “too long, didn’t read”. But Breitz has expertly engineered the videos—laced with pop music, advertisements and emojis—so that no matter the duration, the workers’ fight to decriminalise sex work is clear, and celebrated.

First the faint whiff of roses, then a wall of analogue monitors. Welcome to Mauer (2010), the first of three consecutive rooms of Käthe Kollwitz Prize-winner Adrian Piper at the Akademie der Künste (until 14 October). With WCBS TV New York broadcasting amid the static screens and the roses, the piece engages the artist’s personal history as an American who moved to Berlin in 2005, as well as the history of the once-divided city. By the third room, Das Ding-an-sich bin ich (2018), the audience is continually confronted by a series of new walls that separate the viewer as they bring them together. The installation is made from towers of mirrors arranged on a grid that whisper rare foreign languages and offer only one’s own reflection in return. Lean in too close to try to catch what they are saying, and you lose sight of yourself again.

The oldest church in Berlin has an exhibition of new, site specific works by Christiane Möbus and Sunah Choi, both winners of the Hannah Höch Prize. Choi’s show at the Museum Nikolaikirche, is titled Skala (until 25 November) and includes slide projections referencing the church’s stained glass windows. Möbus, a German sculptor who danced with Yvonne Rainer and Trisha Brown in New York in her youth, has created five new works to go alongside four that span her career for her show titled Wood Auction (until 25 November). Her Wood Auction (2018) installation, which includes petrified wood from Saxony and laser cut plexiglass placed on imitation auction chairs, refers to both Germany’s past of clearing forests during the industrial revolution and the current wave of construction in the capital. “The past and the future are connected”, the septuagenarian artist told The Art Newspaper this week.

about 13 hours ago
The Big Review: Raphael at the Scuderie del Quirinale