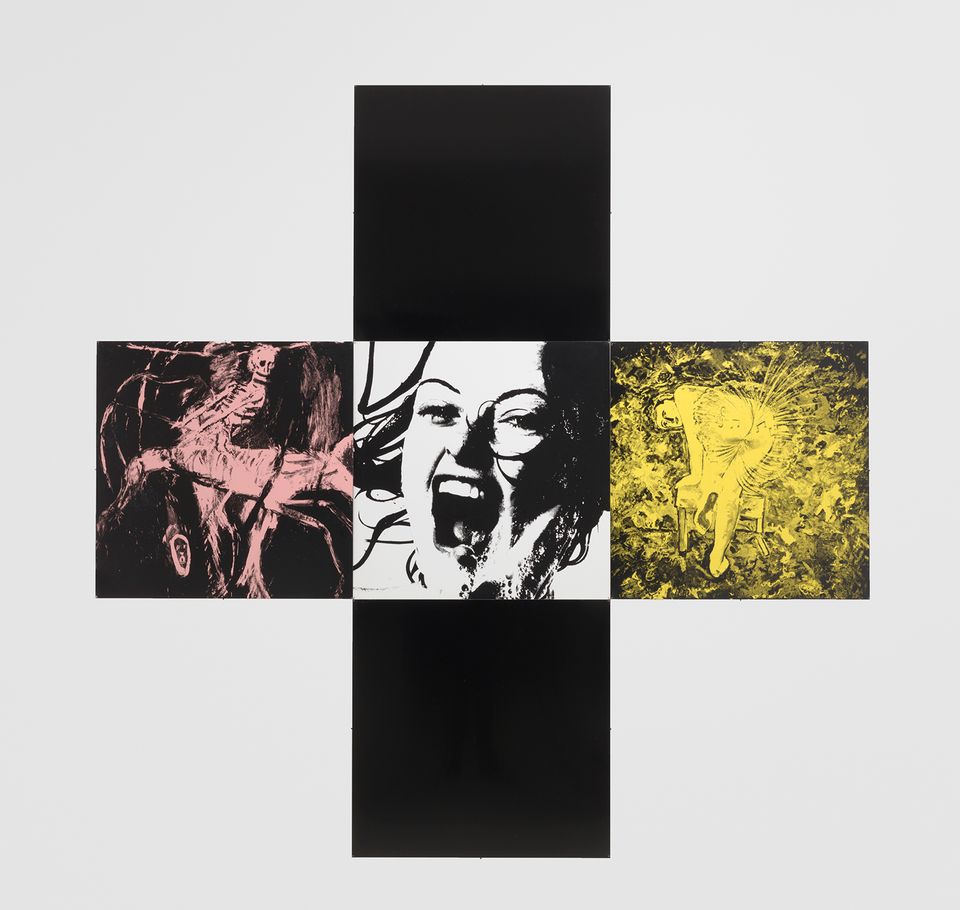 Before there was YouTube, there was Gretchen Bender, once called a “computer cowgirl” because she was digitally collaging TV footage and text on-screen while the rest of her Pictures Generation peers were cutting and pasting out of magazines. Like many intrepid multimedia female artists of the 1970s and 80s, Bender slipped from the market-driven and male-centric art world of the late 20th century. But Red Bull Arts New York’s show So Much Deathless is rectifying that. The first posthumous retrospective of her work (until 28 July) brings together many works that have not been seen in decades (if ever) as well some of her more mainstream work, such as the opening sequence of America’s Most Wanted. It also re-stages her monumental magnum opus Total Recall (1987), which spans 24 TV monitors and 3 projection screens creating a mesmerising work of what she called “electronic theatre” that proves Bender is still a reigning maestro of new media.

Long before the world was accessible through a screen, the 19th century French archaeologist, artist and photographer Joseph-Philibert Girault de Prangey trekked through the Eastern Mediterranean for three years with cumbersome equipment in tow to produce some of the earliest surviving images of Greece, Egypt, Jerusalem, Syria, Palestine, Lebanon and Turkey. In the Metropolitan Museum of Art’s striking exhibition Monumental Journey: the Daguerreotypes of Girault de Prangey (until 12 May), around 120 of these daguerreotypes—captured between 1842 and 1845—offer an amnesiac and haunting snapshot of the past world’s people and monuments. The show is the first exhibition in the US devoted to Girault de Prangey’s work, and also includes his oil paintings and the custom-built wooden storage boxes he used to store, label and date his images. Appropriate to the social media era, the show closes with a confident selfie Prangey took in France in the late 19th century.

Constantin Brancusi Sculpture at the Museum of Modern Art (until 15 June) is a promising demonstration of MoMA’s refreshed focus on collection exhibitions, rather than loan blockbusters. The museum has included all of its 11 sculptures by the Romania-born artist, which show how Brancusi both cast works in bronze and carved directly from natural materials, as well as his abstraction of subject matter, for instance, between two 1928 bird works that recall rather than replicate the creatures. The elegant cast bronze Bird in Space is an elongated form perched on a pedestal, while Young Bird has a charming, rounder cast bronze form on top of a limestone cube and a carved wooden base, in which the natural grains and splits are visible. Archival materials like photographs and film clips tell the story of Brancusi’s relationships, including with MoMA. Visitors can also tune into the soundtrack of the artist’s life thanks to a streaming playlist with songs from Brancusi’s large record collection, including blues and jazz artists like Ethel Waters and Cab Calloway, and Bach.