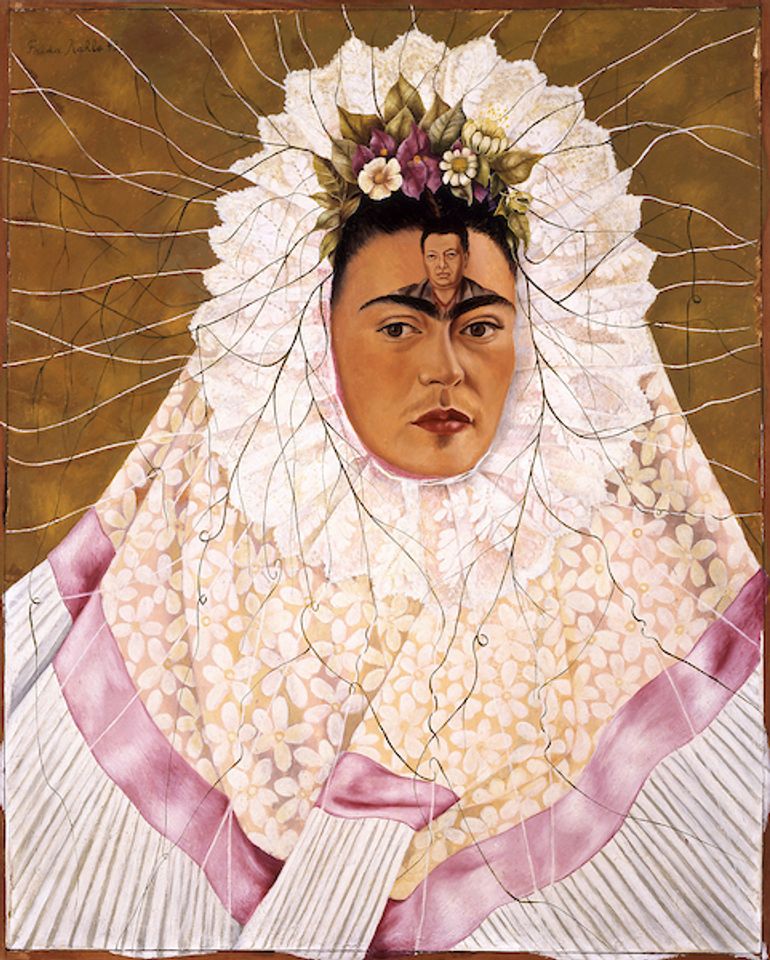 You will feel like you are walking into an intimate treasure trove at the Brooklyn Museum exhibition Frida Kahlo: Appearances Can Be Deceiving (until 12 May), which explores how the Mexican artist crafted her image to reflect her political beliefs and culture, and also deal with the physical disabilities stemming from a traffic accident in 1925. The show is named after a drawing that Kahlo made following the incident and reveals the profound impact of the event through more than 100 of the artist’s personal objects. Most of these items had been locked away in Kahlo’s bathroom in the Casa Azul in Mexico City and remained untouched for 50 years after her death in 1954. A hand-painted plaster corset Kahlo made in 1944, on which she depicted her spine as a broken column surrounded by flowers and fruit; a ceremonial headdress, known as a “huipil grande”; and a floor-length skirt set worn by women of the Tehuantepec region of southern Mexico are among the highlights picked by the show’s organising curators, Catherine Morris and Lisa Small. The exhibition also includes paintings, drawings and personal photographs, as well as portraits by the photographers Edward Weston and Manuel Álvarez Bravo.

Thematic group shows can feel forced. God Made My Face: a Collective Portrait of James Baldwin at David Zwirner, which closes Saturday (16 February), is not. The New Yorker writer Hilton Als, who organised the show, clearly had access to materials known mainly to scholars. They include a standout portrait of Baldwin by his friend Beauford Delaney, as well as letters, books and sketches by the Baldwin and archival photographs by unknowns. The show has two parts: Baldwin as an urban flaneur, and as a powerful voice for both civil rights and the contradictions within black masculinity. It deepens our understanding of Baldwin and a circle of friends that included Richard Wright, Marlon Brando, Richard Avedon, Jean Genet and Langston Hughes, all of whom are pictured in a suite of 14 watercolour portraits by Marlene Dumas. (Avedon’s portraits of Baldwin and his family are also quite telling.) As a whole, it underscores why we need to keep Baldwin in our lives today, right now, so the physical humanity we prize most isn’t lost in the shuffle of either fame or place. (Make sure you get to the gallery early: it closes on 2pm for an event on Saturday.)

Yukultji Napangati, one of the leading figures of Australia’s contemporary Aboriginal painting movement, makes her US debut at Salon 94 (until 2 March). In 1984, when Napangati was 14, she and her family, part of Australia’s Pintupi Aboriginal Group, became the last tribe to make contact with the Western world. She translates her vast and intimate knowledge of the desert landscape into hypnotising cartographic compositions of lines and dots in acrylic paint. These repetitive mark-makings are characteristic of Pintupi artists, but Napangati inserts her personal experiences into these map-like canvases, referencing specific sites, like watering holes, or significant ceremonies. Amoeba-like forms sometimes disrupt the patterns of lines, like rain might disturb a sandhill. For Napangati, the desert is not just a physical place, but a multi-dimensional landscape charged with layers of mythology and history—carrying The Dreaming of all her ancestors. Western viewers might be tempted to compare her work to the Op Art of Bridget Riley, though that feels far too simplistic. The lines accumulate on the canvas like shimmering masses, beckoning viewers to come closer and become wrapped in their space. You will recognise the power of Napangati’s culture, even if you don’t fully understand it.