Three exhibitions to see in Vienna this weekend 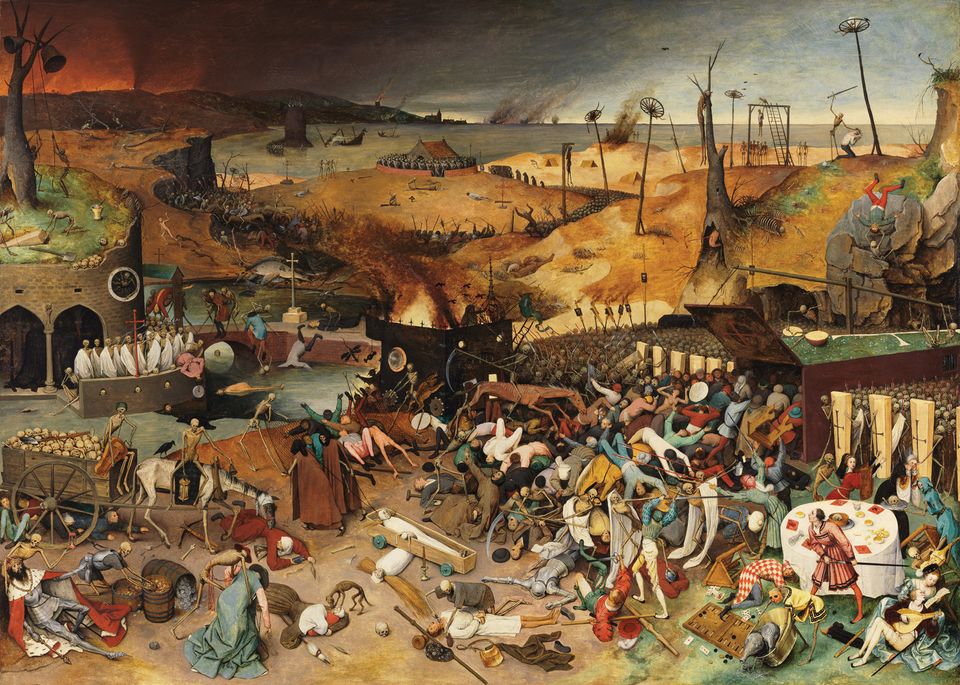 The weekend might not actually be the best time to attempt to see the Kunsthistorisches Museum’s “once in a lifetime” exhibition Bruegel (until 13 January 2019). With advance ticket slots now fully booked online, would-be visitors should try their luck in person or commit to an annual pass or Friends membership. What awaits is an engrossing panorama of rare panel paintings and drawings from Pieter Bruegel the Elder’s 18-year career, as well as engravings after his work, gathered from collections across the world. It feels almost fitting that crowds are jostling to study his intricate, often macabre religious allegories and scenes of peasant life, or “busy pictures”. Do not miss the side galleries, where new conservation research reveals his great technical skills (possibly gained from training with the miniaturist Mayken Verhulst, his future mother-in-law). An accompanying website, Inside Bruegel, offers some consolation to those who cannot get their hands on an exhibition ticket. Its high-resolution images of the museum’s paintings, zoomable down to the brushstrokes, will be available to browse well after the end of the run.

Fans of Wes Anderson’s whimsical, fastidiously styled films will be enchanted by the cabinets of curiosity that he and his partner, the designer and illustrator Juman Malouf, have devised at the Kunsthistorisches Museum. As guest curators, they have spent two years teasing out more than 400 treasures from 14 sprawling collections, with a dip into the Natural History Museum’s specimens here and there. Spitzmaus Mummy in a Coffin and Other Treasures (until 28 April 2019) invites you to wonder at such highlights as a giant emerald ointment vessel from the Austrian crown jewels and a bevy of Old Master portraits of royal children, not to mention the eponymous Egyptian coffin for an embalmed shrew. Free from wall texts, the show’s dense arrangements leave visitors largely in the dark about Anderson and Malouf’s curatorial motivations or the individual histories of their cherrypicked objects. But it hardly matters—this is a pure visual feast.

Slip away from the madding crowds at the Albertina Museum’s Monet blockbuster to catch the exhibition of Helen Levitt’s sly, surreal street photography upstairs (until 27 January 2019). Although she emerged during the Great Depression and studied with the documentary photographer Walker Evans, her sympathetic portraits of working-class New Yorkers were not geared towards social justice. Levitt’s subjects appear unfazed by their shabby clothes and the dirty streets that surround them—whether neighbours gossiping on stoops or children doing battle with lime-filled socks, they are too animated to be inhibited by an observer’s gaze. Levitt is best at conveying the unselfconscious intensity of childhood games, a theme which carries over from her classic black-and-white stills to her experimental film In the Street from the mid-1940s. One joyous slapstick sequence in the documentary captures the impudent pleasure of a small girl blowing raspberries from her apartment window at whoever might be watching.