From King Charles I to the King of Pop 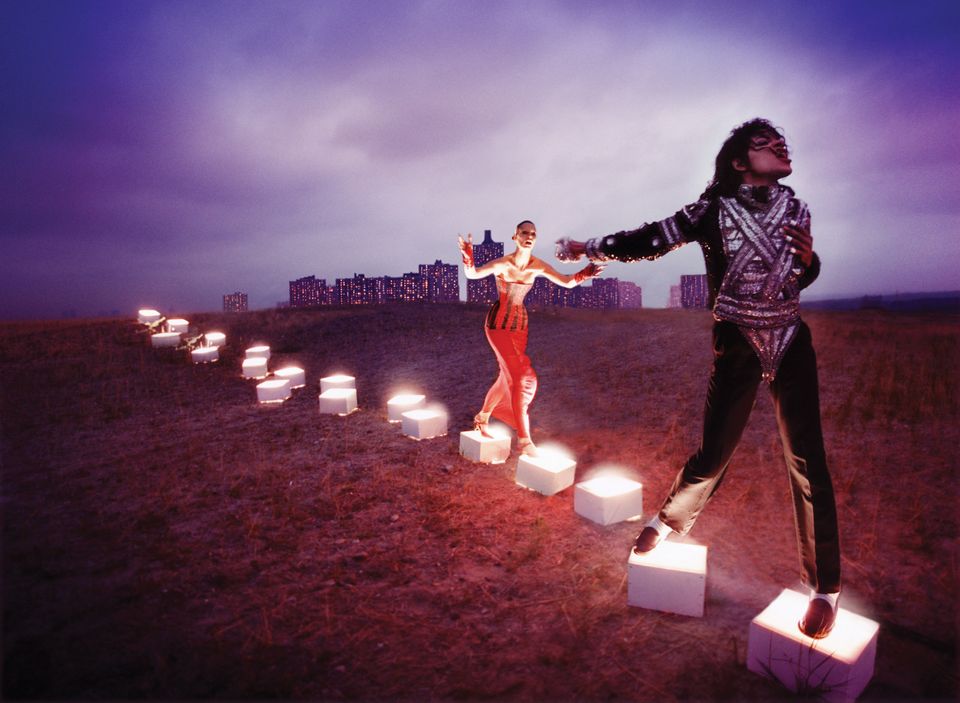 David LaChapelle, An illuminating path (1998) Courtesy of the artist

David Bowie, Björk and even Kylie Minogue have been the subject of major exhibitions in recent years. Unlike these shows that focused on pop star paraphernalia and works of art, the National Portrait Gallery’s exhibition Michael Jackson: On the Wall (28 June-21 October) is the first major art museum show to look at the effect the King of Pop had—and still has—on contemporary artists. It will include a variety of works, from early portraits of the singer by Andy Warhol in the 1980s, to Jackson on horseback in Equestrian Portrait of King Philip II (2009) by Kehinde Wiley. Other artists include the South African video artist Candice Breitz, the British potter Grayson Perry, the British performance artist Marvin Gaye Chetwynd and the US photographer David LaChapelle. “The exhibition breaks new ground for the National Portrait Gallery in its subject matter and the breadth and profile of the artists who have been invited to participate,” says the museum’s director and show co-curator, Nicholas Cullinan. “It is rare that there is something new to say about someone so famous, but here that is the case,” he adds.

The Royal Academy of Arts is reassembling major works of art once owned by Charles I for the exhibition Charles I: King and Collector (27 January-15 April) organised with the Royal Collection. Until his execution in 1649, the king was one of the great collectors of his time. After his death, 1,500 of his paintings were put up for sale and dispersed. Nearly 200 were later reacquired by his son, Charles II, and these have remained in the Royal Collection. Ninety will be in the exhibition. A further 100 or so have been identified elsewhere, of which 60 are being borrowed. The co-curator, Per Rumberg, says “quality rather than quantity” was a criterion in the selection, although the team set out to find key pieces on major subjects. Highlights include Van Dyck’s full-length portrait of Charles I in the Hunting Field (around 1636) from the Louvre, which is returning to England for the first time since the king’s execution and the Bodleian Library's 1639 inventory of Charles I's collection, compiled by the first Surveyor of the King’s Pictures, Abraham van der Doort. Without this, the curators could never have mounted the exhibition.

The UK artist Tacita Dean will have three simultaneous exhibitions in London this spring. In the collaborative venture, Dean will explore different genres of painting via her predominantly film-based practice. In Tacita Dean: Still-Life at the National Gallery (15 March-28 May) the artist will take on the role of curator at the museum, presenting historic works alongside recently completed pieces by herself and her contemporaries. Tacita Dean: Landscape (19 May-12 August) at The Royal Academy of Arts will be the first show to be held in the institution’s new Gabrielle Jungels-Winkler Galleries, following a major redevelopment. It will include a large-scale blackboard drawing, The Montafon Letter (2017), which has been created specially for the space. Tacita Dean: Portrait at National Portrait Gallery (15 March-28 May) will be the gallery's first exhibition dedicated to film.

about 15 hours ago
After a $20m renovation, Dia is poised to re-emerge as a force in Chelsea