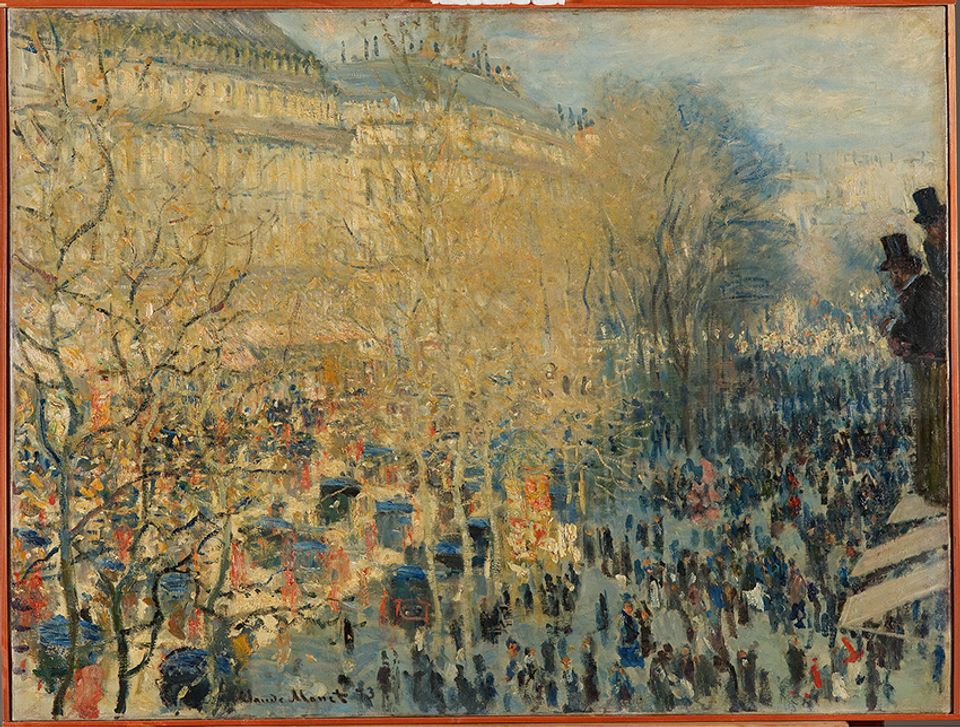 Malevich, described Monet’s Rouen cathedral series as of “capital importance for the history of art…[it] forces entire generations to change their conceptions.” The Gothic subject made Monet a prisoner of a project he called his “cliff”, returning to Rouen repeatedly in 1892 and 1893 to capture the shifting colours under different lights, times of day and weathers in 30 paintings. Seven of the Rouen paintings will be included in Monet and Architecture (until 29 July), which opened this week at the National Gallery, alongside other series of works taking the manmade landscapes as subject matter. The 75 works on display will span from the picturesque villagescape to the modernity of the railway station, via scenes of London, Paris and Venice. Monet’s aim, he said in an 1895 interview, was not to paint a house or a bridge but the air that surrounds the object. It has been 20 years since London hosted a monographic show of the painter.

Republicans may baulk at the amount of great art hoarded by Britain’s royal family, and the galleries at the Royal Academy of Arts currently resemble Oxford Street on Christmas Eve, but it is worth braving these provocations to see Charles I: King and Collector (until 15 April) in its final weekend. The exhibition reunites highlights of Charles’s breathtaking collection for the first time since the 17th century, with Roman busts particularly well displayed: meeting Antinous’s gaze, in a moodily lit gallery ringed by Mantegna’s monumental cycle The Triumphs of Caesar (around 1485-1506), will send a shiver down your spine. Paintings by Titian, Rubens and Rembrandt catch the eye, but the star is Van Dyck, his brush ranging effortlessly from sensitive depictions of young courtiers to a sympathetic portrait of Charles I in the Hunting Field (around 1635), the doomed monarch looking back over his shoulder with a smile. It may take hours to shuffle through the crowds, but you will kick yourself if you miss out.

The latest in Fold’s run of exhibitions by Danish artists is something of a coup for the Fitzrovia gallery: States of Discontinuity (until 21 April) presents new and recent work by the country’s foremost sculptor, Thomas Bang. Damaged Egyptian funerary portraits piqued the artist’s interest in the disintegration of images, but reconstruction is just as important here, with stencils cut from plywood used to create fragments that adorn new forms. Towards Other Possible Conditions 1 (2012) evokes a globe reconstituted as jostling archipelagos, while a recent sequel takes a bite out of a green panel, transforming it into lace shapes reminiscent of black panties. Bang, who moved to the US in the 1950s and exhibited in the landmark 1969 show When Attitudes Become Form, marries a Scandinavian aesthetic with rigorous intellectualism to exhilarating effect—and should you need any further incentive to visit, one of London’s best pizzerias is right next door.