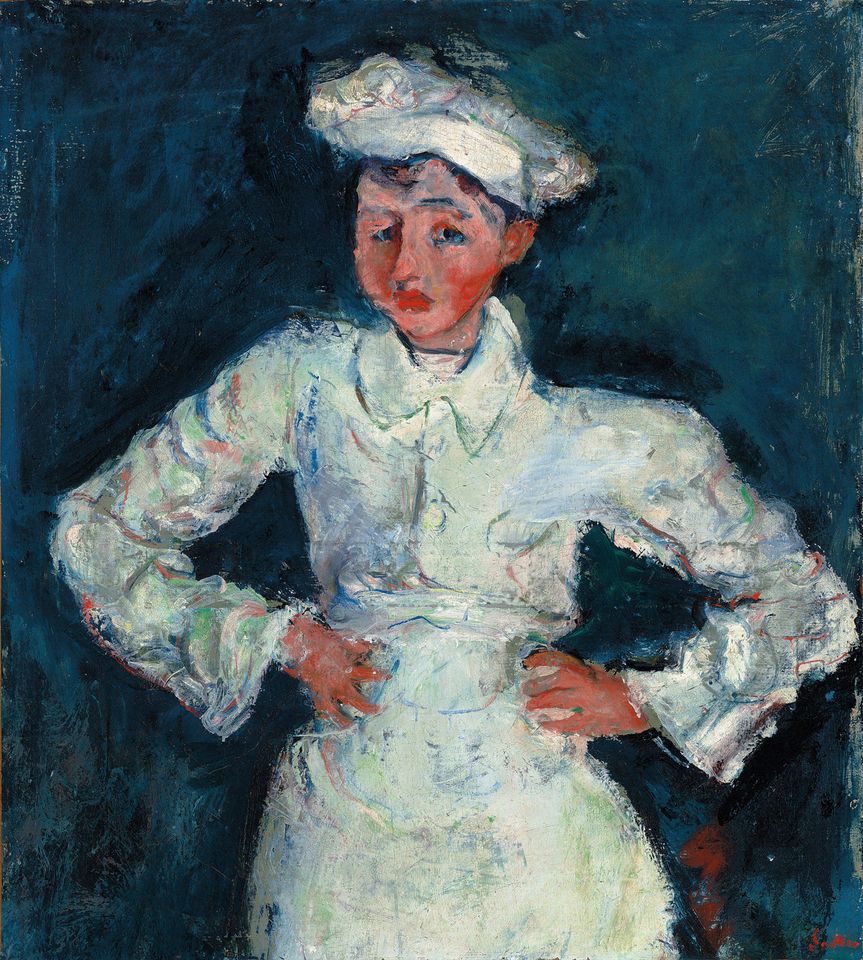 There is something about Chaim Soutine’s portraits—his masterfully rough handling of flesh, unctuous, uncompromising. That rich, bloody red licked across a flushed cheek, an ear lobe, the raw end of a dripping nose, calls to mind his paintings of beef carcasses, reminding us we are all meat. In 1920s and 30s Paris, it was not the glamourous bohemians or unblemished, wan skin of society beauties on which Soutine’s eye fell. As Soutine’s Portraits: Cooks, Waiters and Bellboys at The Courtauld Gallery (until 21 January)shows, Soutine was more interested in those that served them, their tired hooded eyes, puddingy faces and sullen mouths staring back at him, begrudgingly, above ill-fitting uniforms.

Alex Katz at Timothy Taylor Gallery (until 18 November) juxtaposes the US artist’s “subway” drawings, sketched in the 1940s during Katz’s commute to art school, with his more recent landscape paintings and sculptures, including a 10.5ft-tall work of his wife Ada who often appears in his work. The gallerist Timothy Taylor wanted to show Katz’s latest work but was equally keen to present the artist’s early drawings to a London audience. “It’s a lovely juxtaposition to have landscape paintings set off these beautiful new sculptures of Ada,” Taylor says. “And the subway drawings give you a hint of where that line comes from. It just works really well.”

On the third floor of Selfridges, among the Marc Jacobs and Moschino couture, shoppers can pick up a Ralph Lauren tie for £3 or a Zara skirt for £7. The bargains come courtesy of the US artist and writer Miranda July, who has set up a fully functioning charity shop inside the London department store. The pop-up, which closes this weekend and was commissioned by the non-profit organisation Artangel (until 22 October), comes complete with the harsh strip lighting, curtained changing room and box of stuffed toys synonymous with charity shops up and down the UK. It is the first in the country to combine charities from four major religions.