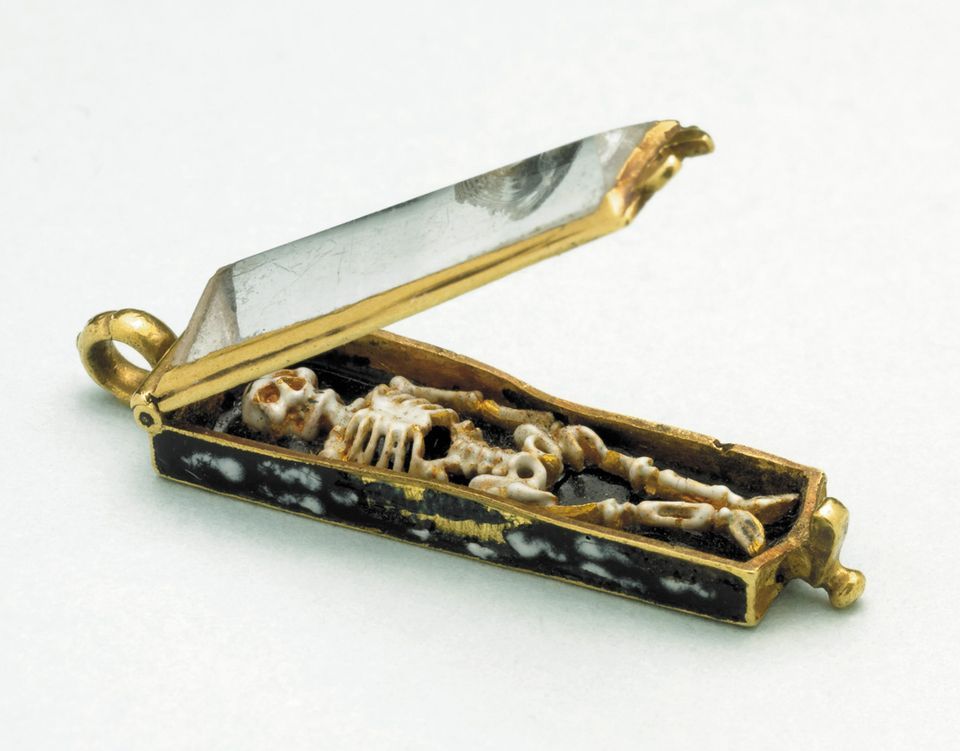 The premise of the British Museum’s Living with Gods (until 8 April 2018) exhibition, which is accompanied by a BBC radio series presented by Neil MacGregor, the museum’s former director, is that all cultures have held religious beliefs. The exhibition and radio programmes will explore the practices and expressions of religion in communities around the world through time. Among the highlights of the show are a 16th-century French memento mori pendant and The Lion Man, which greets visitors at the start of the exhibition. Discovered in 1939 as a heap of 200 fragments, the figure was first reconstructed 30 years later to resemble a standing bear or big cat, but with a human head. Additional shards were incorporated in 1989, when researchers realised its lion form. More recent excavations led to the discovery of almost a thousand more fragments, the largest of which have also been integrated into the sculpture.

Picking up chronologically where Tate Modern’s recent Soul of a Nation exhibition left off, Phillips is dedicating its latest selling show to black US artists from the 1980s to the present (a number of the 26 pieces were completed this year). While American African American (until 25 November) represents a UK debut for some of these artists, many have worked with the show’s curator, Phillips special advisor Arnold Lehman, in his previous guise as director of the Brooklyn Museum. Among the wide-ranging works he has drawn from galleries, private collections and artists’ studios are Sanford Biggers’s Slimm (2014), a patchwork of antique quilts that pays tribute to the shooting victim Trayvon Martin, Fred Wilson’s ornate mirror sculpture in black Murano glass, I Saw Othello’s Visage In His Mind (2013), and David Hammons’s Basketball Installation (1995), complete with fresh wall markings from a dirty ball. Presented as the godfather of them all is Basquiat, whose untitled 1981 panel depicting the baseball star Jackie Robinson is the first thing that visitors see.

Matisse in the Studio (until 12 November) at the Royal Academy of Arts, which closes this weekend, revolves around 35 objects—almost all from the French artist’s studio—shown alongside 65 works that depict or were inspired by them. The items range from a pewter jug and glass vase to a Roman torso and African masks. Influenced by the latter, one of the most striking works in the show is The Italian Woman (1916). This is the first of 50 paintings Matisse made in less than a year of a woman called Laurette, who had visited his studio looking for work in the winter of 1916. Also of interest are Matisse’s descriptions of these objects: of a simple Venetian chair that he drew several times, he wrote “It’s splendid. I’m obsessed with it.”