Three exhibitions to see in Los Angeles this weekend 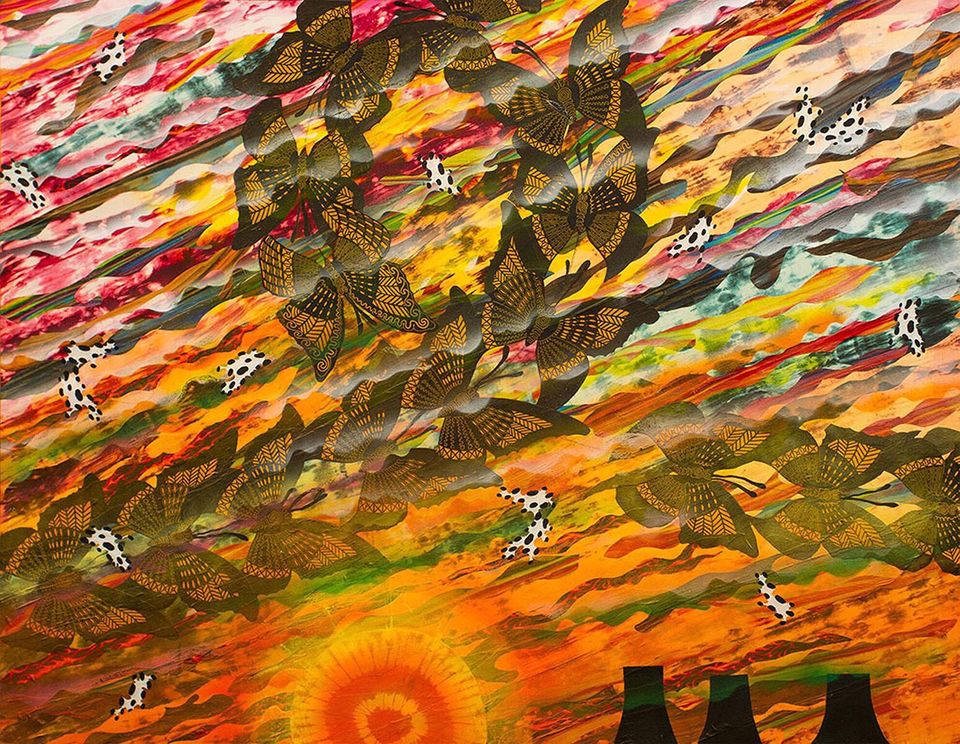 Sometimes a show doesn’t get the attention it deserves because it crosses disciplines and occupies the peripheral vision of our established field of interests. That’s been the case with the fascinating survey 3D: Double Vision at the Los Angeles County Museum of Art (until 31 March 2019), organised by photo head Britt Salvesen, which shows how art and science interact to expand and exploit the physiological limits of our vision. With the help of various optical devices including coloured glasses for visitors to use, the exhibition features works of art designed to create the illusion of three dimensions, from stereoscopic lithographs and daguerreotypes by Louis Jules Duboscq and Auguste Belloc from the mid-19th century to 3D videos by Ben Cooley and Trisha Baga from recent years. Film screenings include Mike Slee’s magical Flight of the Butterflies from 2012, in which monarchs flutter overhead and almost land on your shoulder.

As wildfire destroys more land and more lives in California each year because of the parched climate, a phenomenon exacerbated by global warming, the mental image of the state for many locals and tourists alike has changed from postcard-perfect blue horizons studded with palm trees to a conflagration of fiery skies and burnt-out trees. The Los Angeles artist Merion Estes, a pioneer of the Pattern and Decoration (P&D) movement, has recognised this sort of environmental danger for years, making emotionally urgent collage-paintings with a lurid palette (think toxic oranges and pinks) and overripe botanical or animal forms (typically painted on found fabrics). Her Unnatural Disasters survey at the Craft & Folk Art Museum (until 6 January 2019), guest curated by Howard Fox, also captures the terrible beauty of oil spills in Mexico, Hurricane Harvey flooding in Houston and the Fukushima Daiichi nuclear meltdown in Japan. While P&D elements are still present, the paintings are wild with catastrophe.

No other artist has made quite as much from the tissue-thin plastic bags that you get from delis or Chinese take-out, known as “single-use” bags in the cities where they’ve been banned, as B. Wurtz. His witty readymade-inspired show at the Institute of Contemporary Art, Los Angeles (until 3 February 2019), curated by Jamillah James, features a minimal tree-like structure whose branches bloom with these plastic bags, and another where the everyday material looks vaguely like fluid bags for an IV drip. For the work at the show’s entrance, which has the resourcefulness-verging-on-cleverness of a Fischli/Weiss piece, he has painted the backs of disposable baking pans, like loaf tins, in colorful geometric patterns and hung them salon-style on a wall. This show is billed as the first major museum survey for Wurtz, a Pasadena native who got his master of fine arts degree at CalArts in 1980 before moving to New York, and it’s just the right size to showcase his ephemeral-seeming gestures without aggrandizing them.