From ancient Crete to contemporary China 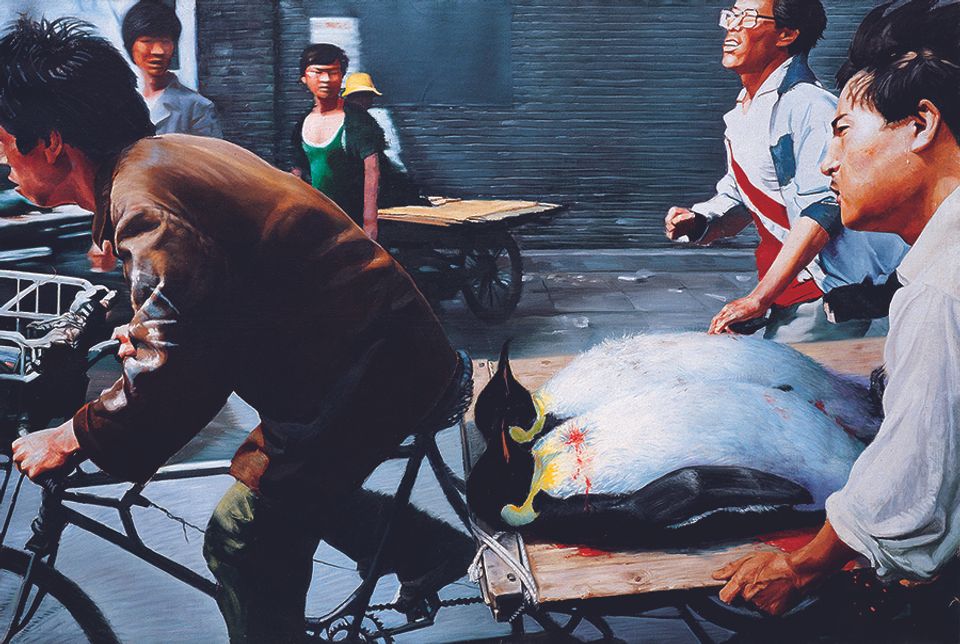 Art and China after 1989: Theater of the World (until 7 January 2018) at the Solomon R. Guggenheim Museum turns a global lens at a period in contemporary Chinese art bookended by two events: the Tiananmen Square protests of 1989, and the 2008 Beijing Olympics. The show takes over the museum’s rotunda and two tower galleries with 150 conceptualist works, across a variety of media, by 71 artists and collectives—among them, Xu Bing, Ai Weiwei and Ding Yi. It is divided up by chronological-thematic sections, such as 5 Hours: Capitalism, Urbanism, Realism, which includes the Paris-based artist Chen Zhen’s stunning, 20-metre sculpture, Precipitous Parturition (1999), hanging in the atrium, a sinuous dragon of rubber bicycle tyres, toy cars and bicycles. The Guggenheim keeps the animal-related works controversially pulled from the show in the discussion, addressing the issue in wall text for absent pieces like Suan Yuan and Peng Yu’s 2003 video work, Dogs That Cannot Touch Each Other, which “was intended to end the exhibition and its story of pervasive, violent change on a note of moral ambiguity in which all of us are implicated”, it explains. —VSB

Sonic Arcade: Shaping Space with Sound at the Museum of Arts and Design (MAD) (until 25 February 2018) is a multi-level sonic playground of immersive, interactive and static works of art that explore sound as a material, featuring more than 20 artists. The art collective MSHR created the Knotted Gate Presence Weave, a futurist environment where circuits within the structure of the installation produce different sounds as visitors navigate the space, while the artist Robert Aiki Aubrey Lowe produced Subject to Gesture, a work that combines sound-related ephemera and hand-built analogue synthesisers that visitors can experiment with to create their own electronic melodies. Visitors can also watch and sometimes participate in scheduled performances developed by MAD artists-in-residence Studio PSK, who created the Polyphonic Playground, a jungle gym-like structure that produces music when activated by participants. One visitor was overheard describing the show as “sensory overload—in a good way”. —G.Ai

Restoring the Minoans: Elizabeth Price and Sir Arthur Evans (until 7 January 2018) at New York University’s Institute for the Study of the Ancient World brings the Bronze Age to the Digital age. It is centred around the immersive digital video work, A RESTORATION (2016) by the Turner prizewinning Price, which she was commissioned to create based on the collections of the Ashmolean and Pitt Rivers Museums. The trippy, flowing video, narrated by a computerized chorus of female “museum administrators”, draws its imagery from the British archaeologist Evans’s discovery and excavation of the Bronze Age site of Knossos in Crete in 1900-05—which he thought contained the mythological labyrinth that trapped the Minotaur—and challenges us to question how we see the past, what we really do know about it and how we organise this knowledge. Around 60 objects related to the excavation and restoration of Knossos are also presented, both artefacts and pieces from the archives of Sir Arthur Evans, including controversial imagery that bears more of a resemblance to Art Nouveau than the ancient world, which bring Price’s video to life—and also make us question our own ways of seeing. —VSB