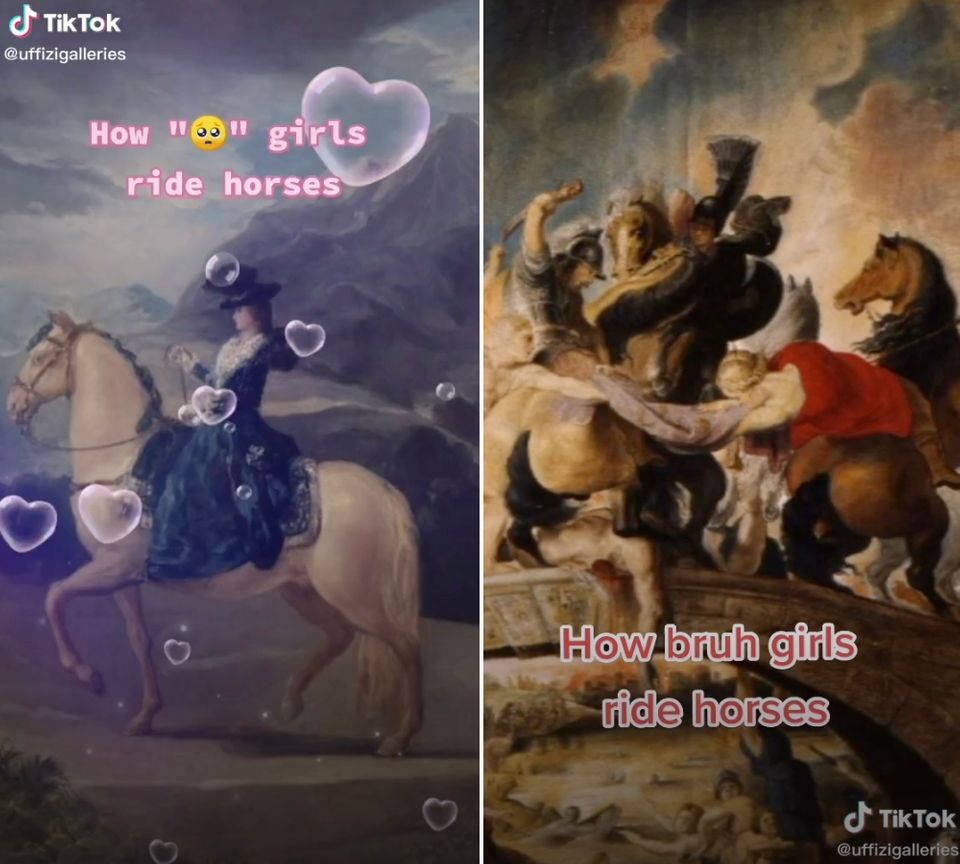 While museums in America may be forced to ditch TikTok as the US government plans to block downloads of the app starting on Sunday, data from Italy’s Uffizi Galleries suggests the Chinese video sharing platform is a powerful tool for attracting younger visitors. Since moving onto multiple social media channels, including TikTok, during the lockdown, the Uffizi’s online presence has exploded. In an apparently related trend, young visitors (as a proportion of the total) have nearly doubled since the museum reopened over the summer, Eike Schmidt, the director of the Uffizi, tells The Art Newspaper.

As part of a broader strategy to rejuvenate its “stuffy and dusty image”, Schmidt says, the Uffizi launched accounts on Facebook and TikTok in March and April, and has so far generated 66,000 and 54,000 followers respectively. Meanwhile, in June, July and August, 34-45% of all visitors to the museum were aged 0 to 25, up from 18-28% in the same period the previous year. Anecdotal evidence, including comments from young people which indicate that they visited the museum after engaging with its social media content, suggests a causal relationship between the two trends, Schmidt claims.

The museum’s irreverent content on TikTok, 69% of whose users are aged 13 to 24, has garnered especial media attention. In one recent post, Maria de Medici—in Jacopo di Chimenti’s portrayal of her wedding to Henry IV of France—is depicted in a voiceover as misreading her vows. In another, Lucas Cranach the Elder’s Eve is presented as a university student daydreaming while listening to 50 Cent’s grimy hip-hop hit Candy Shop.

The TikTok project, which is run by an inter-departmental team of a dozen staff, including the Uffizi’s two full-time social media experts, opened with a six-week lead time followed by a series of test runs. While some posts are conceived in just ten minutes, others are discarded after careful deliberation, often after staff have tested material on “brothers, sisters and children”, Schmidt says. Social media posts containing nudity have so far evaded social media censors, he adds.

Publicising visits from VIPs has boosted both social media followings and ticket sales. After the museum circulated images of Chiara Ferragni, the Italian influencer with over 20 million Instagram followers, in front of Botticelli’s The Birth of Venus (1485-86) after a July visit, it recorded a 27% rise in young visitors over the following weekend. A virtual tour from TikTok star Martina Socrate, who is followed on the platform by 987,000, led to a 50% growth of the Uffizi’s own TikTok following in June, Schmidt says.

With TikTok downloads soon to be blocked in the US, experts have predicted alternative platforms will go mainstream, such as Byte App and Dubsmash. The Uffizi, which has already “considered using two or three other channels”, is “constantly monitoring” the growth of alternatives, Schmidt says. The museum “is definitely ready to jump onto new social media”, he concludes.