Tim Hunt—flâneur and the curator of the Andy Warhol Foundation—has died, aged 60

"He was the most charming, kind and witty individual imaginable, for whom nobody had a bad word, which is rare in the art world" 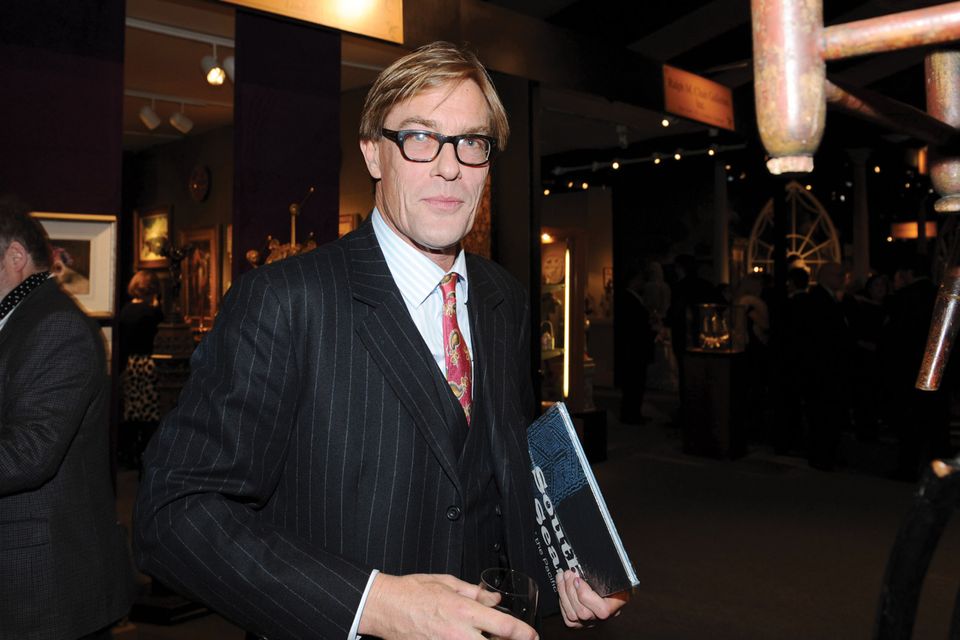 “I want this place to be a cabinet of curiosities—a wunderkammer,” Tim Hunt proclaimed of his eponymous gallery, devoted to tribal and contemporary art, and opened two years ago in a townhouse on East 73rd Street, New York. Hunt was himself a wunderkind, a delightful curiosity himself—a strikingly attractive, impeccably tailored English eccentric who at only 30 was whisked to New York to become a key player within the Andy Warhol Foundation for the Visual Arts. Due to this prominence as the sole official agent for Warhol’s prints and photographs, many in Manhattan were not even aware of his previous career as a tribal expert at Christie’s, nor his many secret lives, from golfing on Staten Island to male modelling.

His death on 26 November was so sad not only because he was just 60, but also because he was the most charming, kind and witty individual imaginable, for whom nobody had a bad word, which is rare enough in the art world, let alone the catty hothouse of the Warhol empire. With boyish floppy fringe, dazzling outfits and trademark specs, Hunt was a better-bred hybrid of Austin Powers and Kingsman, and like them his taste for action was reckless. In this he was close to his brother, the racing legend James Hunt, notorious for his drinking and womanising, neither of which Tim himself felt obliged to resist. He had perhaps a genetic disposition to addiction, fuelling every sort of naughtiness. This, combined with an absolute disinterest in the boring obligations of self-preservation, was comically insouciant, but ultimately fatal. While at Oxford, Hunt was a founder of the Dangerous Sports Club and, as such, boldly leapt off the Clifton Suspension Bridge on a bungee cord, the first living human to do so, whereupon he was arrested. He also fell foul of the law when he smuggled a skeleton on to the Cresta Run. These perilous activities were carried out with utter panache, the familial thrill of the Hunt sadly leaving the matriarch Sue to outlive all four of her sons.

From tribal art to Warhol

Born on the 22 September 1957 in Cheam, the young Hunt seemed the classic public schoolboy, migrating from Wellington School to Christ Church, Oxford like some fresh-faced adventurer from another era. Hunt was lounging around Paris where he discovered tribal art: “You would run into it occasionally in people’s apartments the way you didn’t ever in London,” he said. This led to him joining Christie’s Tribal Art department under the leadership of Hermione Waterfield and Bill Flagg. To make some much-needed cash, for girlfriends and recreational fuel, Hunt starred in several advertising campaigns, including for the retailer Bergdorf-Goodman. All of this was bound to appeal to Fred Hughes, the head of Warhol enterprises, whom Hunt would visit when in America: “If Fred was around I would just pop by, so I got to meet Andy and hung out with him as well. When Andy died Fred asked if I would help him sort his things out. So that’s how the New York chapter began for me,” Hunt said. And chapter it was, if not triple-decker novel, as Hunt was installed at the late artist’s house. “Andy had an enormous habit of collecting, just crazed— and a lot of that stuff was at the house.” The painstaking inventory was all done with polaroids and legal pads, and included finding $14,000 of cash in Warhol’s bedside table drawer, a classic moral quandary for any young researcher. Hunt’s work culminated in a hugely successful Sotheby’s sale for $23m that helped to fund the Foundation where Hunt flourished.

He married Tama Janowitz, the bestselling author of Slaves of New York, and they became a ubiquitous A-List couple, “team Tim and Tam”. They also adopted a much-adored daughter, Willow, from China, with whom they moved into an enormous terraced penthouse, complete with “ferretorium” for their pet polecats, overlooking the Brooklyn Museum. That said, old habits die hard and Hunt still spent large chunks of his life watching soccer at the Swift Hibernian Lounge or propping up Billy’s Topless Bar on 6th Avenue, where all the girls always knew him by name. He was also still capable of vanishing for days, his impossibly erratic timekeeping and ability to duck every sort of duty, from phone calls to meetings, somehow only making him more loved. This procrastination to the point of perversion meant that it took decades to unpack his moving boxes. When his cooker broke, instead of getting it fixed, he cooked dinner for 30 on a single-ring hotplate. Last of the roll-up chainsmokers, Hunt was puffing till the end and maintained his mordant wit, jesting with hospital visitors that they were only there because it was conveniently close to Sotheby’s and concluding: “So many more people have come to see me on my deathbed than ever visited my gallery.”