Ai Weiwei's censored films to go on show in Berlin 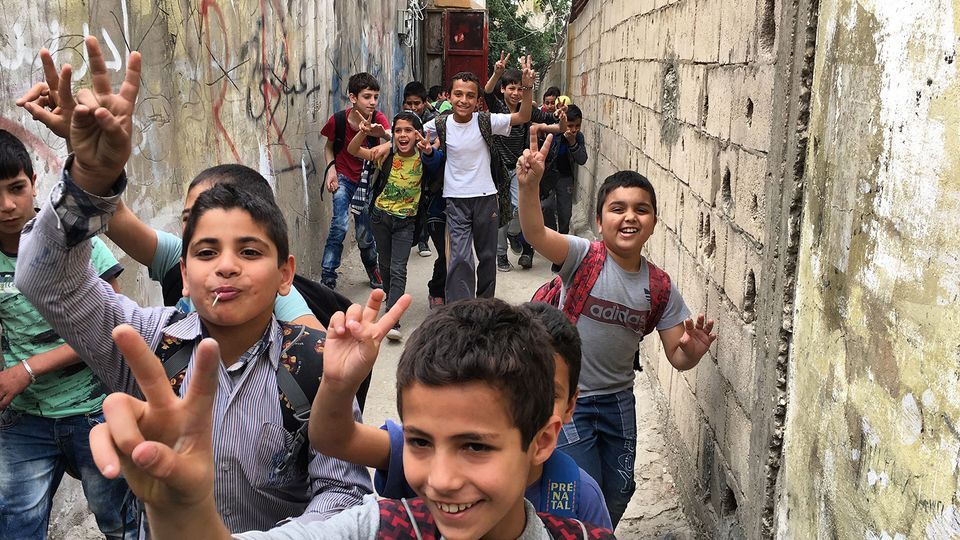 A group of children run through Ain al-Hilweh, the largest Palestinian refugee camp in Lebanon, from Human Flow by Ai Weiwei © Photo courtesy of Amazon Studios

More than 50 censored films made by the Chinese artist and activist Ai Weiwei, or others about his work, are due to go on show in Berlin this week.

The films cannot be shown in China, where, Ai says, “my name cannot be freely published or mentioned online and where the authorities have tried to erase my identity.” Self-expression, he adds, “is a fundamental part of being human” and to be “deprived of a voice is [...] ultimately to deny you your humanity”.

Among the works being screened at the Babylon theatre (19-24 February) are Human Flow, Ai’s 2017 documentary about the current global refugee crisis; Remembrance (2010), featuring voice recordings reciting the names of those that perished in the 2008 Sichuan earthquake; and Alison Klayman’s inside story Never Sorry (2012).

It was shortly after his work about the Sichuan earthquake, in which nearly 90,000 people including 5,000 children died, that Ai was first arrested in China, leading him to spend 81 days in a top-secret prison.

Despite this, Ai says in a statement that censorship is not restricted to authoritarian states. “Think of Edward Snowden’s revelations of pervasive surveillance,” he says. “I am interested in those whose voices have been suppressed, like the refugees featured in my new film The Rest, because in recognising their humanity I maintain my own. I am not producing films just for the sake of producing films, but rather to bring these stories and injustices into the wider sphere so that others can know.”

Ai stresses the importance of the internet in maintaining open dialogues. The internet felt “revolutionary”, Ai says, when he first started using it in China. “Anything that was posted online could immediately be seen and reposted by anybody,” he says. “At the time, the internet provided a platform for free expression that had never existed before.”

He says he was only interested in making films that could be posted online, “shining a light on social issues that had long been obscured and which I couldn’t ignore”. He adds: “We posted them everywhere, anywhere we could. As soon as the films were uploaded, they would be deleted by online censors. So we would post them elsewhere, but they would all be removed.”

It was with this sense of urgency about social injustices that Ai began to film the refugee crisis and the pro-democracy protests in Hong Kong. “These films are my activism. They are my way of giving voice to these critical issues,” he says. “Freedom of expression is the right from which all others flow. If this right is not guaranteed, then how can we talk about democracy, freedom, and human rights?”

about 15 hours ago
Lockdown easing: the best gallery shows to see in London right now