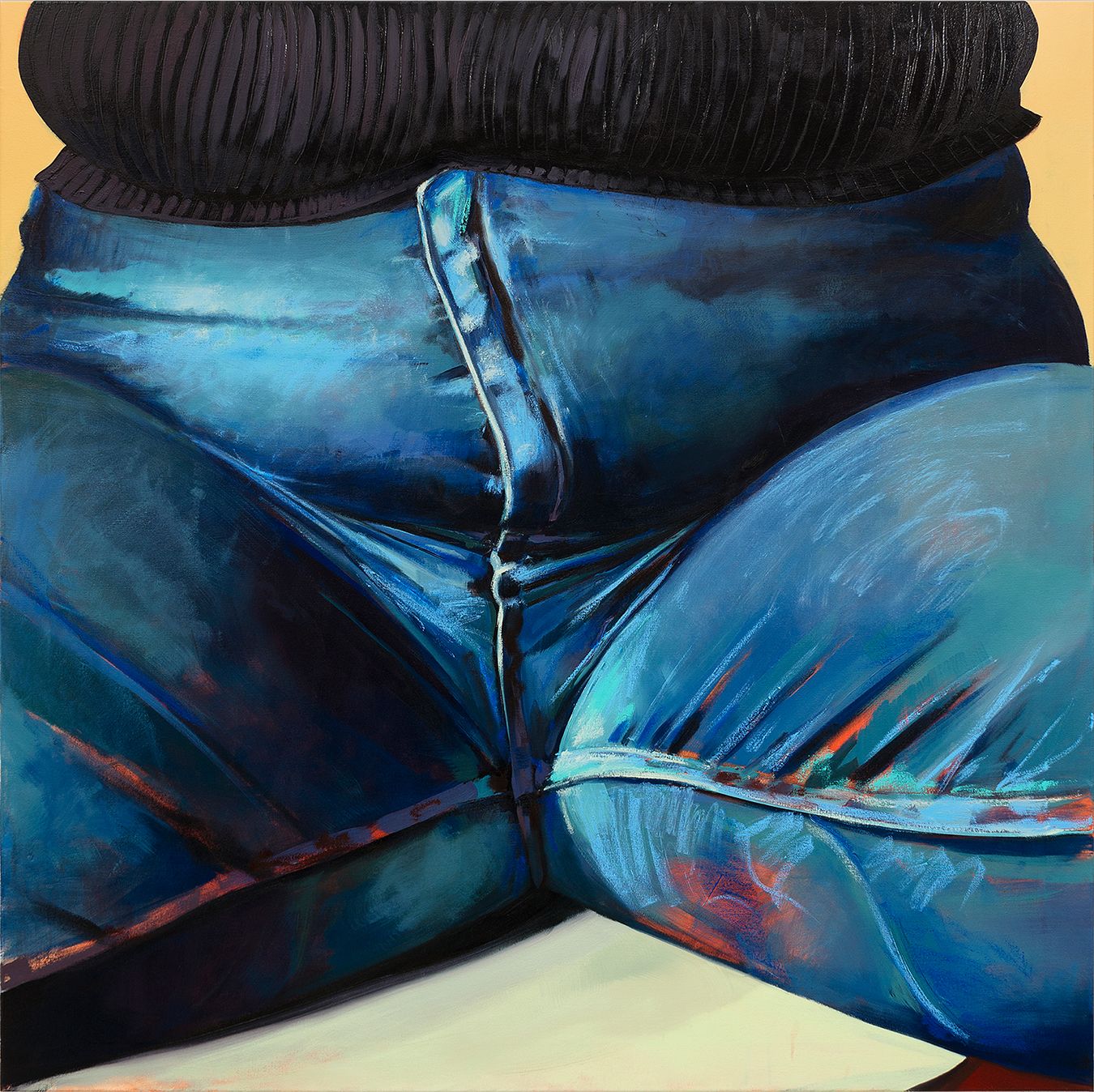 Degree shows are fundamental, career-igniting moments for most art students. But this year, all bets are off as colleges are closed and exhibitions have been abandoned or migrated online.

Enter White Cube, which is today launching a series of exhibitions, also online, titled Tomorrow: London, of works by 20 graduates selected from the British capital’s most prestigious art schools by the gallery’s curatorial team. Each week, five artists will show their works together, culminating in a full group exhibition in mid-August.

Hardly a substitute for the buzz of degree shows, the initiative will nonetheless bring visibility to a crop of rising stars during a particularly precarious moment. As the gallery’s founder Jay Jopling says, it is “more important than ever” to find ways to support young artists, “who are—after all—the lifeblood of the gallery and the next generation of our industry”.

He adds: “It has been inspiring to engage with this new generation—20 singular voices collectively tackling some of the most urgent issues of our times. I’m confident that their ideas and concerns will shape museum and market practices in the future.” 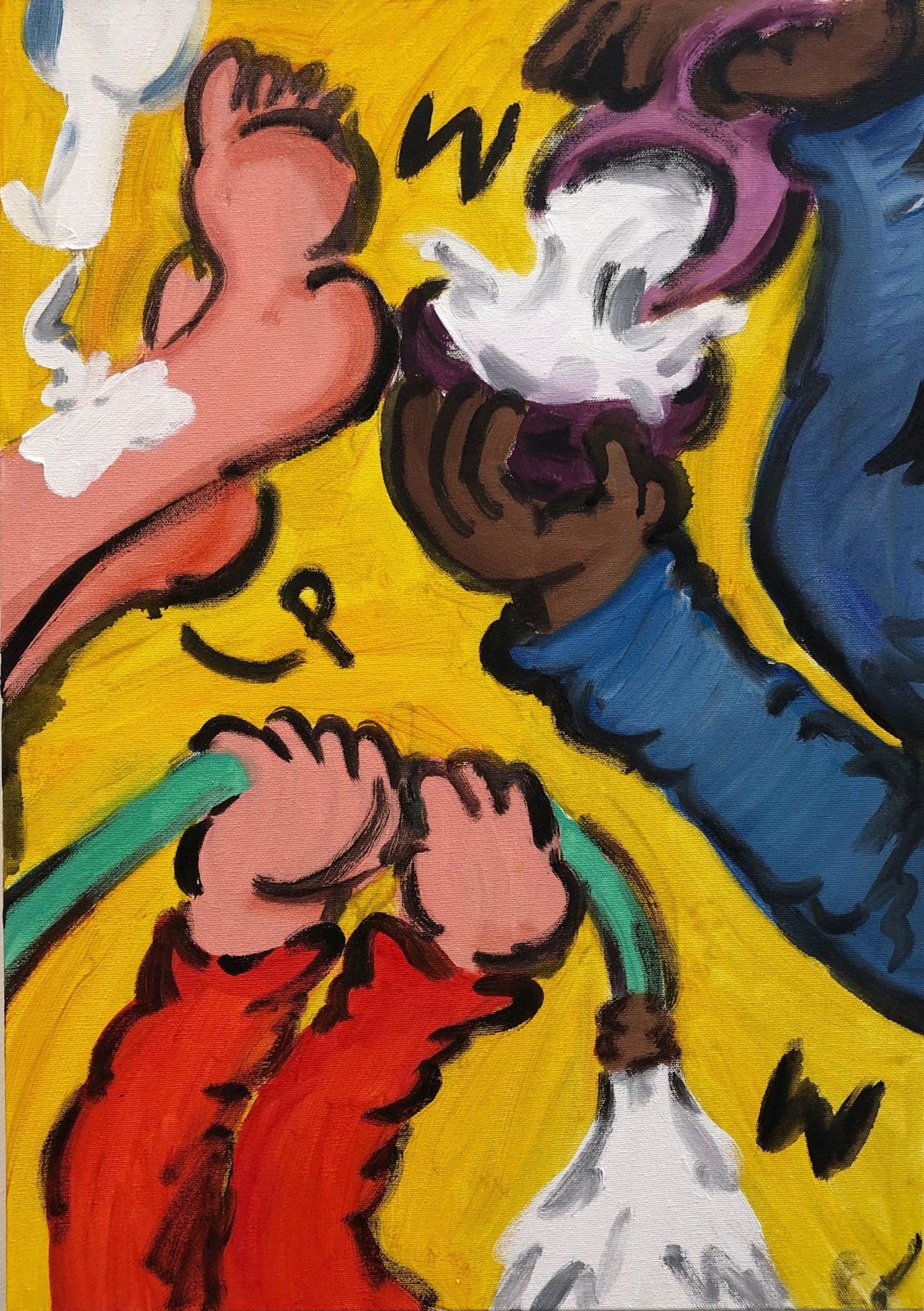 The London-based artist Olivia Sterling graduates from the RCA’s MA painting course this year and is showing three cartoonish paintings, all with food references, in the third week (24-30 July).

Two are from her Double Cream series from 2019. The works are, Sterling explains, “a reaction to skin whitening, tanning and wanting to be a specific colour shade, this exotic beauty ideal”. She draws parallels with British deserts—“how you’ll have spicy puddings that you will put double cream on to lessen it”, she says. The pervasive “white gooeyness” of the cream becomes a symbol of “how white supremacy is a part of our everyday lives, we can especially see that now”.

Belgian Buns (2020), meanwhile, makes reference to the “innately British” institution of the Brownie Girl guides. “It’s such an interesting group, it’s extremely patriotic, you pray for the Queen every time you’re there, which is an odd thing to do when you’re seven,” Sterling points out. Seven is also the age when you start to form your identity, and “when a marginalised person may begin to feel that they are ‘other’,” she adds.

Sterling’s canvases are priced between £1,500 and £1,750— all proceeds go directly to the artists. Pricing her work has been an entirely new experience for the young artist. “As a woman you might be a bit bashful about it, but White Cube have been really encouraging,” she says. 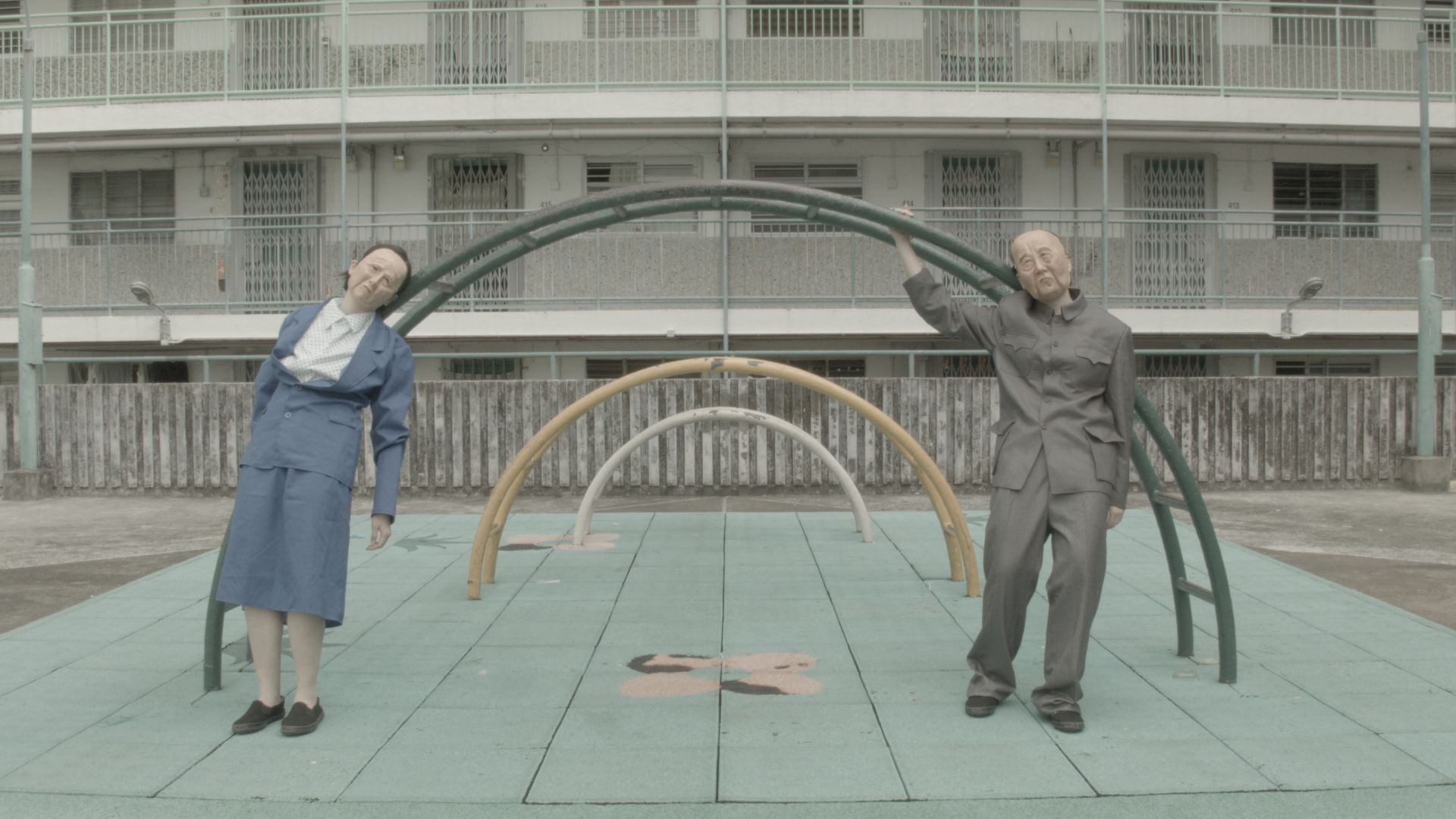 Choy, who is graduating from the Slade’s MFA media course, shot the work in Hong Kong between September and January this year. It is a reflection, she says, on the city’s colonial past and present. “There are unresolved tensions that have remained since the handover [of the former British colony Hong Kong to China in 1997] and how they relate to the present situation,” she says.

Her film incorporates the political events that occurred in Hong Kong last year, interwoven with cityscapes and snippets of Choy’s personal and domestic life. Having moved to the UK 17 years ago, her film has been made from a “familiar point of view, but also that of an outsider”, Choy says.

Choy notes the challenges young British artists face today, compared with the original YBA generation who were able to study for free on government grants. “I often wonder if British art would have been different, if there had been a different support system at the time,” she says. “I don’t think there will ever be another YBA group, like there will never be another Oasis. It’s too pluralistic now, the landscape is too scattered.”

The Austrian dealer Thaddaeus Ropac agrees that “this is an unprecedented time”, which is “particularly challenging for the next generation of artists and young galleries”. Ropac is offering his largest gallery space, in Paris, to 60 young artists so “we can support those in our community who are most in need”, he says. The exhibition opens in September, with all money from sales going to the artists and their galleries.