“I cannot imagine where a terracotta life-size horse head could come from in antiquity,” a specialist says 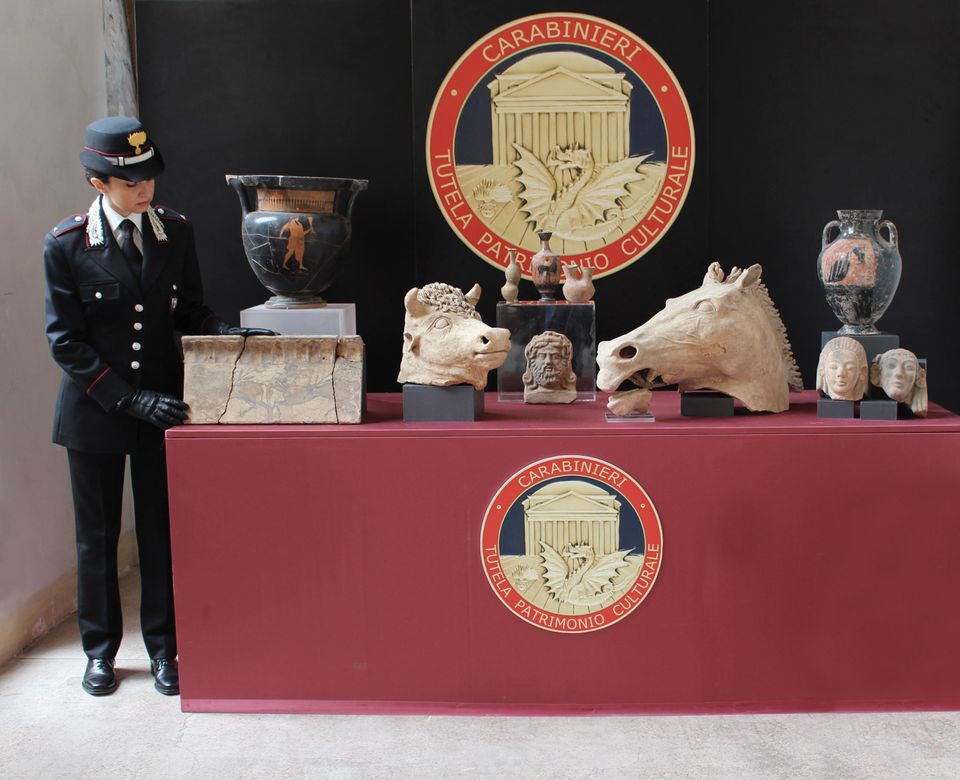 The Carabinieri’s haul of artefacts, which it says is worth nearly €1m Carabinieri Tutela Patrimonio Culturale

Last month, the Carabinieri, Italy’s military police, unveiled a cache of antiquities seized from a Roman property developer. The objects, which include two Greek vases as well as a bull’s and a horse’s head, both in terracotta, are worth €900,000, the Carabinieri’s cultural protection squad says. The collector from whom they were seized now faces prosecution for possessing illegally excavated works, Lieutenant-Colonel Nicola Candido told The Art Newspaper in an email.

But when we sent this picture to five independent experts, all of them questioned the objects’ authenticity. Although the specialists said they could not offer a definitive opinion based on a photograph, all of them expressed grave doubts.

“I cannot imagine where a terracotta life-size horse head could come from in antiquity,” said one specialist who asked not to be named.

Another described the bull and horse heads as “crude copies”, while a third said that “both the vases are suspect, as well as the larger terracottas, but they are good quality. As I understand it, the Italian forgers [are] some of the best.”

The London-based dealer Rupert Wace concurred. “The bull and horse heads do look dubious,” he said, adding that “the value suggested for the pieces in the photograph is preposterous, even if the objects are genuine”.

The suggested price is “vastly over-exaggerated”, another expert agreed. In the case of the vase on the far right, “The background colour is suspicious as well as the shape of the vessel. There are subtleties in where the handles are placed, the shape of the vessel as well as the foot, which are giving me pause for thought.” But he noted: “This could be resolved with a thermoluminescence test, which I would hope the Carabinieri would do before prosecuting the owner of the collection.”

John Boardman, emeritus professor of classical archaeology at the University of Oxford, said: “The vases look more plausible than the rest, but who knows?”

In response to our questions, Candido said the Carabinieri had consulted art history experts with Italy’s Ministry of Culture, and that “scientific analysis” of the works is taking place. The €900,000 valuation is based on prices for similar antiquities which have been sold, he said.