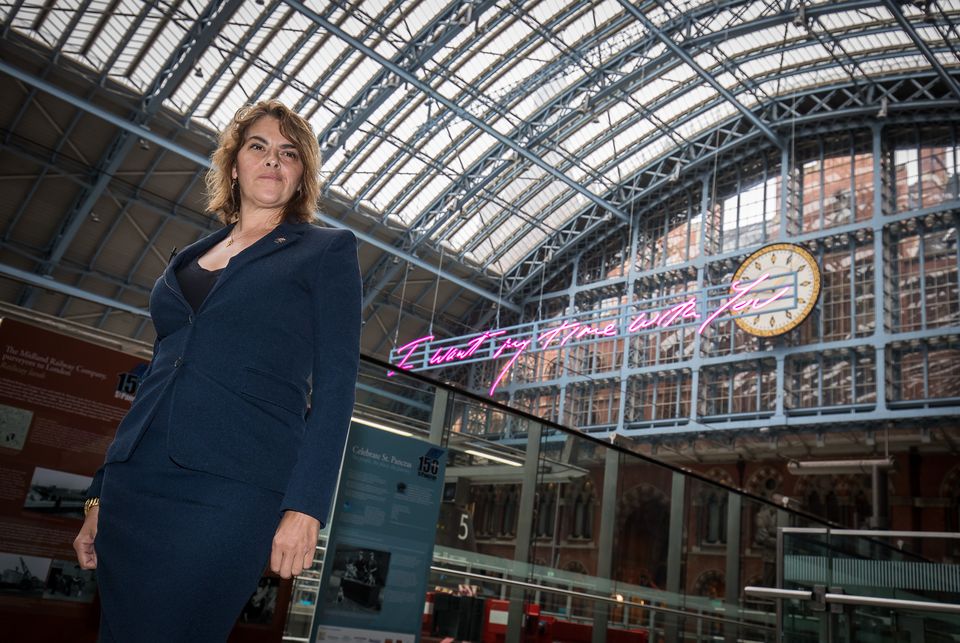 Tracey Emin with her new work I Want My Time With You (2018) at St Pancras International, London The artist, the Royal Academy of Arts and HS1 Ltd.

The YBA Tracey Emin has revealed in an interview that she was sexually assaulted by a high-profile female artist at a party when she was younger. The statement, first reported in the Sun, was made in an interview for MTV's Staying Alive Foundation, a charity that aims to help prevent the spread of HIV. The Turner Prize nominee did not name her attacker, who she says “grabbed hold of my crotch [and] slammed me against a wall”, before Emin “threatened to punch her lights out”.

In an interview with BBC Radio 4 today (10 April), Emin said: “Women should not be ashamed to say something at the time to the person [involved]. I pushed them away and picked up my fist, I was going to punch them. It caused such a scene, and I told everyone what the person had done, much to their humiliation.” She added: “Sexual harassment is sexual harassment regardless of what sex it is.”

The revelation comes as Emin unveils her largest-ever text piece at St Pancras International station in London today. The 20-metre long neon work, comprising the words I Want My Time With You, extends the hand of friendship to Europe in Brexit Britain. 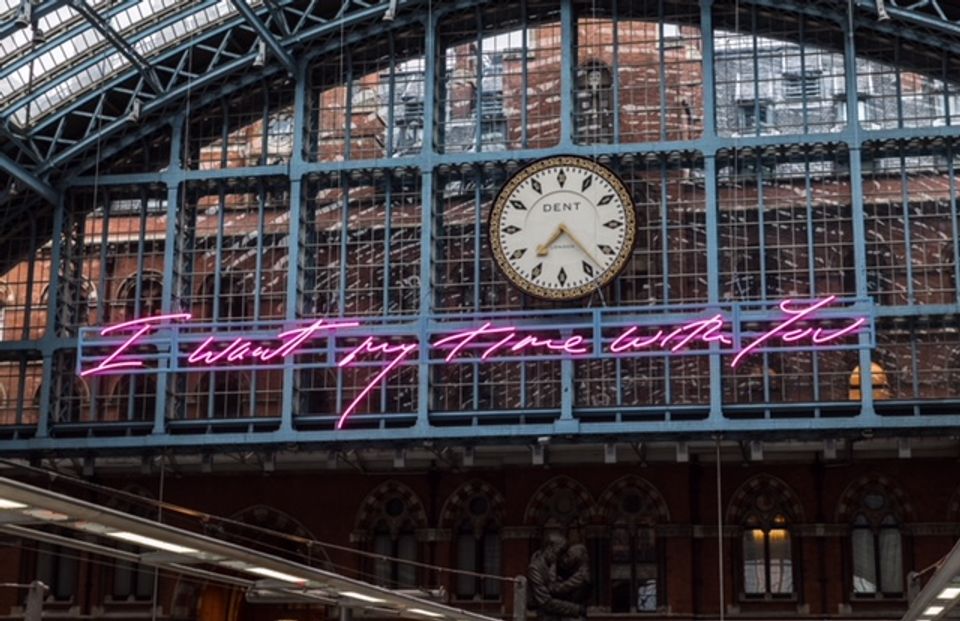 Tracey Emin's I Want My Time With You (2018) The artist, the Royal Academy of Arts and HS1 Ltd.

She also told BBC Radio 4: “I want everyone who is getting off the Eurostar from Brussels and Paris to know that I want my time in Europe, I want to remain in Europe… It is not about Britain being demoted to some tiny demented island in the North Sea, it is about people like me saying I’m proud to be British and be a part of Europe.”

The artist’s new public art piece, meanwhile, also has a romantic side. “One of the most romantic things in the world is being met at the station by someone you love, it’s a really wonderful feeling. The message is about love and warmth,” Emin said.

The commission is the sixth Terrace Wires commission and is a partnership between the Royal Academy, which celebrates its 250th anniversary this year (Emin is a Royal Academician), and HS1, the owner of St Pancras International. Cornelia Parker, Conrad Shawcross and Ron Arad have previously unveiled commissions at the site.