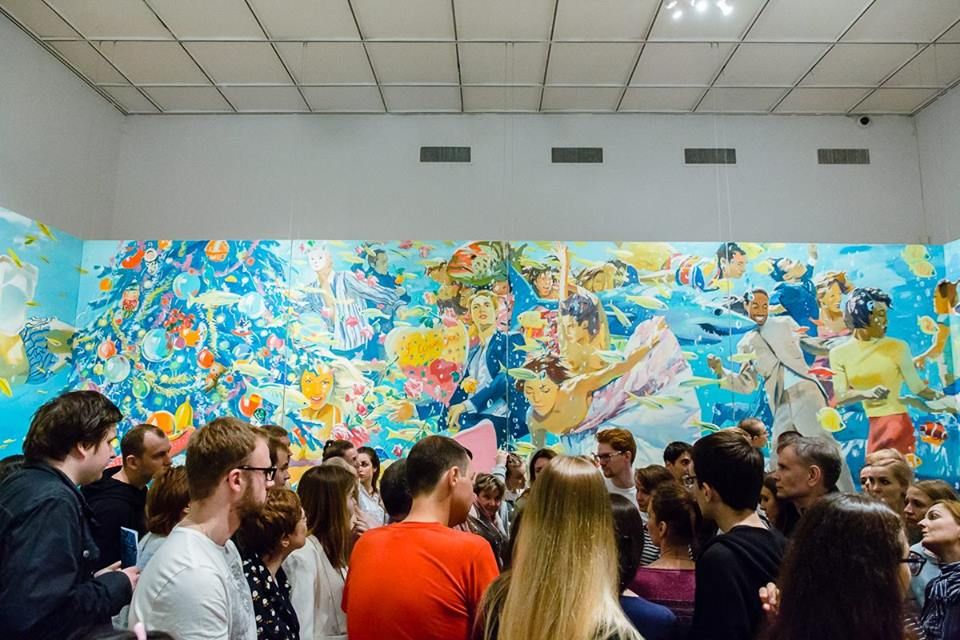 Moscow’s State Tretyakov Gallery has aimed its crosshairs at “illegal” tours and said only certified guides with special badges are allowed to talk about the exhibits. As a result, security guards have been reprimanding ordinary groups of people discussing the art amongst themselves.

The scandal broke when Maxim Shevchenko, a university professor from Moscow State University, was taking students around the gallery’s Vasily Vereshchagin exhibition (until 15 July). “We were exchanging views about the paintings, naturally we asked each other questions”, he says. “Suddenly we were approached by a guard who said it was prohibited to lead tours without accreditation”.

An argument broke out when the group was escorted towards the exit by security. “They tried to explain to us that ‘groups of one to 20 people’ need to submit a letter asking for permission to visit the gallery”, Shevchenko says. He subsequently wrote a letter of complaint to the Tretyakov and forwarded it to Russia’s Culture Ministry.

Speaking on Echo of Moscow radio, the deputy director of the Tretyakov, Marina Elzesser, said that if people “do not attract attention to themselves, behave properly, and do not interfere with others then no one will approach them”. The so-called “illegal” tours are often advertised on Facebook by “guides” offering to explain the gallery’s collections.

Tim Iliasov, the editor-in-chief of Fashiongraph, experienced a similar situation when he visited the gallery with four friends. “I was talking and pointing at the portraits”, he says. “The guards started hissing: ‘We only allow our own guides to conduct tours here’. I told them we were just communicating, ‘it’s not allowed!’ they said”.

Tatyana Gorodkova, the Tretyakov’s main curator, told the Russia news website vesit.ru that it is important for the gallery to regulate visitor flows and keep a record of how many tours are happening each day after “increasingly coming up against illegal excursions”. The gallery organised a meeting with experts and those who have complained to discuss the rules—Ilaisov says he was not able to attend but heard the talks were “quite hot”. He says the Tretyakov agreed to make amendments to its policy as a result but these have not yet been announced.