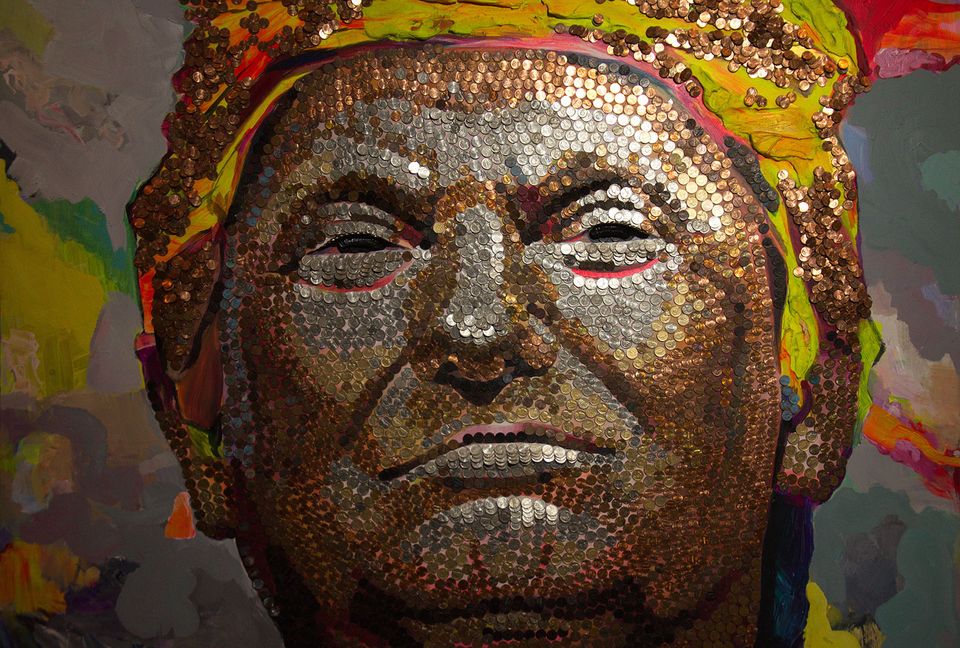 “I’m rich,” Donald Trump assured crowds when he ran successfully for US president in 2016. Two Ukrainian artists have taken him at his word and created a portrait of Trump composed largely of American coins. But the artists say they have yet to find a venue willing to deal with the controversy of displaying it publicly.

The Face of Money (2017) is described by the artists Daria Marchenko and Daniel Green as “rich and cheap”. Measuring more than six feet tall, the work depicts Trump’s coppery face and hair using pocket change—pennies and nickels mostly—and a suit made of poker chips.

The portrait was shown to a select few when it was stored in a closet at the Ukrainian Institute of America, which is hosting the artists’ travelling exhibition Five Elements of War (until 6 February). The show's centrepiece is a portrait of the Russian president, Vladimir Putin made from rifle shells that were collected in the Russian-occupied eastern territories of Ukraine. A shifting spotlight in the gallery evokes different moods in Putin’s face. 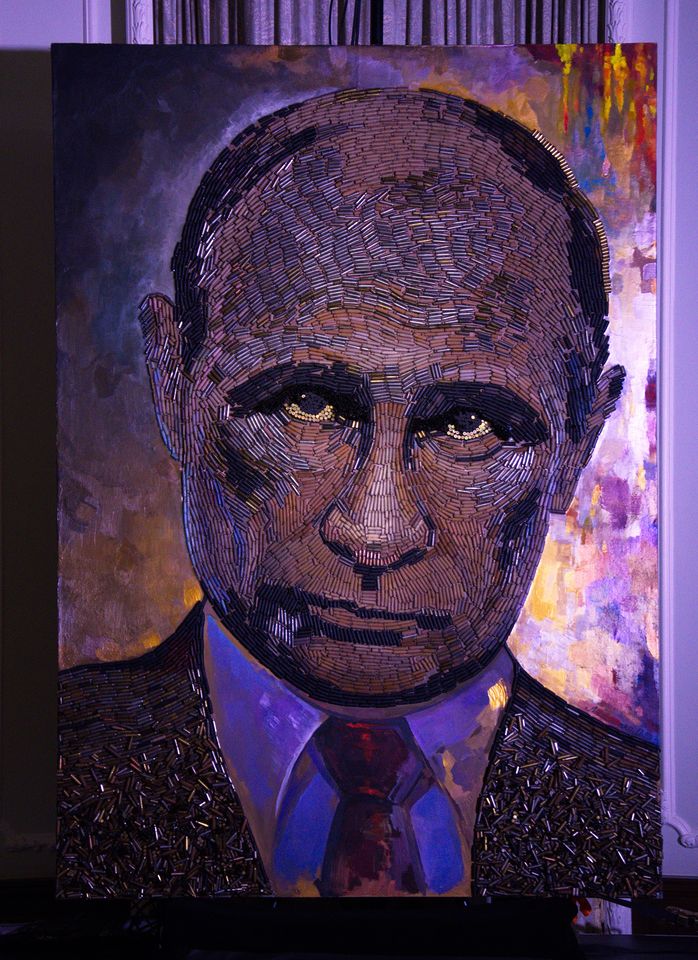 “We’re talking about aggression,” Marchenko says. “The light changes. The winds change, but it doesn’t change the substance.” As for Trump, “Money is his personality,” Green says. “For Putin, it is bullets, but for Trump, it is coins.”

More than 5,000 rifle shells went into Putin’s portrait, but the artists say they do not know the exact number or value of the coins in Trump’s picture. “With bullets, we were counting lives. After counting bullets, it was not a good feeling to count coins,” Marchenko says.

While their exhibition at the Ukrainian Institute was extended by two days, Marchenko and Green said they were asked to remove the Trump portrait from the building. It was moved to the Ukrainian Museum on 6th Street between 2nd and 3rd Avenue, but it did not remain there either. Both institutions cited fears of scandal, the artists say.

Face of Money is now being held at an undisclosed location in Manhattan, the artists say, but they plan to exhibit it in Los Angeles and Las Vegas this spring.