From October, Tutankhamun’s golden mask will be off display and his tomb closed to tourists. The boy king’s famous mask is being taken off display at the Egyptian Museum, Cairo, to enable conservators to remove epoxy resin, applied to the mask in August 2014 as a way of re-securing its loose beard. Although the beard was not broken, as was widely reported at the time, and the epoxy has not discoloured or harmed the mask, it is not the most suitable material for the job, and too much was applied, leaving dried traces visible to viewers.

A joint German-Egyptian team has since studied the mask, and has made suggestions on how to remove the epoxy and secure the beard in place without causing any damage. It is not yet known when the mask will be returned to display. “So far, there is no set deadline for the restoration so as to guarantee efficient conservation work,” Mamdouh Eldamaty, Egypt’s head of antiquities, told Egyptian news source Ahram Online.

Tutankhamun’s tomb in the Valley of the Kings, Luxor, will also be closed from 1 October. During the closure, conservators will restore the tomb’s floor, clean the walls and move the royal mummy to a side chamber, where it will be placed in a new display case. It is not known how long the tomb will be closed, although Eldamaty has said that it will be from one to three months. A replica of Tutankhamun’s tomb, situated at the foot of the Valley of the Kings beside Howard Carter’s house, remains open. 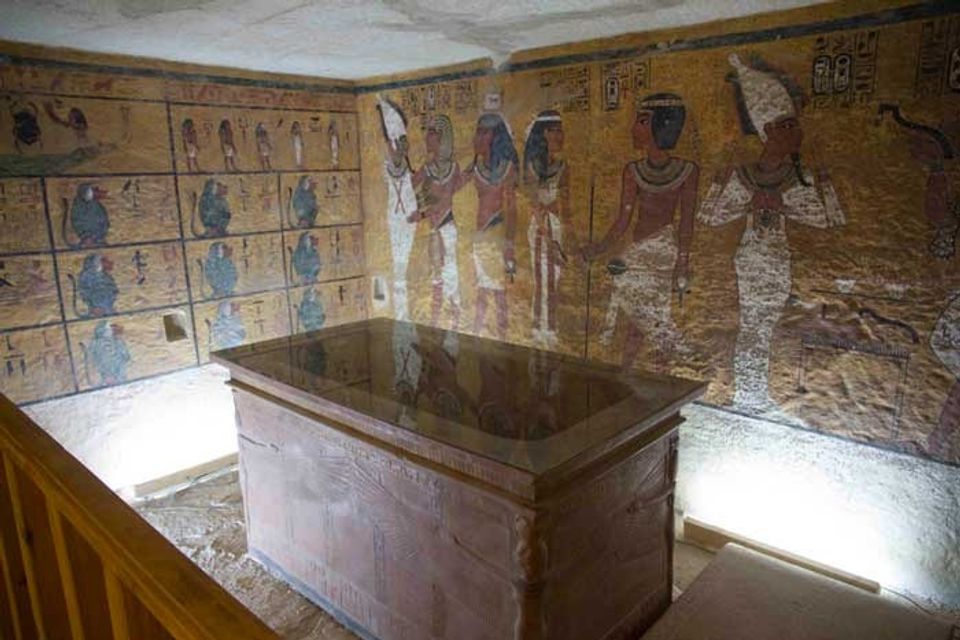 Inside the replica of Tutankhamun's tomb
More NewsTopicsConservation