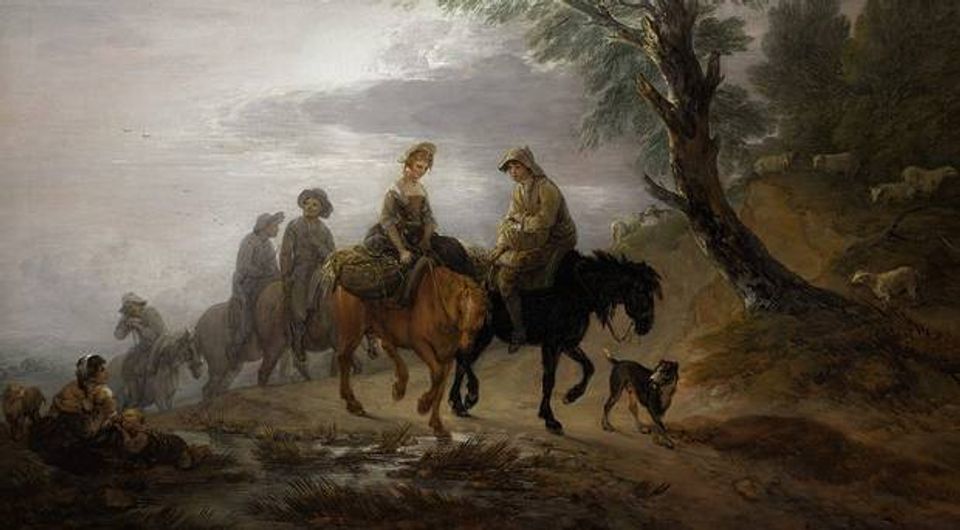 The UK government has placed a temporary export bar on Thomas Gainsborough’s landscape painting Going to Market, Early Morning (1773) which sold for £8m at Sotheby’s London in July (estimate £7m-£9m). Arts minister Helen Whately says that “this piece is a superb example and I hope that a UK buyer can be found so we can find a new home for this work in our national collection”.

The work has passed through some notable collections. “At the 1883 Stourhead Heirlooms sale [at Christie’s], despite the presence of a number of great masterpieces from the collection, this spectacular landscape by Gainsborough was the star attraction and sold for by far and away the highest price, a staggering 2,700 guineas,” according to the Sotheby’s entry.

“The painting was bought by Thomas Holloway, the great Victorian philanthropist and founder of Royal Holloway College, part of the University of London.” In 1993, the work was acquired by the previous owner who consigned it to Sotheby’s.

According to a government statement, the decision on the export licence application for the painting will be deferred until 22 March 2020. “This may be extended until 22 September 2020 if a serious intention to raise funds to purchase it is made at the recommended price of £7,961,000 plus £234,200 VAT,” it adds.

The reviewing committee on the Export of Works of Art and Objects of Cultural Interest advises the government. Committee member Christopher Baker says in a statement: “With engaging figures and exquisitely modulated silvery light, it subtly displays Gainsborough’s knowledge of 17th-century European art and is a delightful, lyrical, escapist image.”