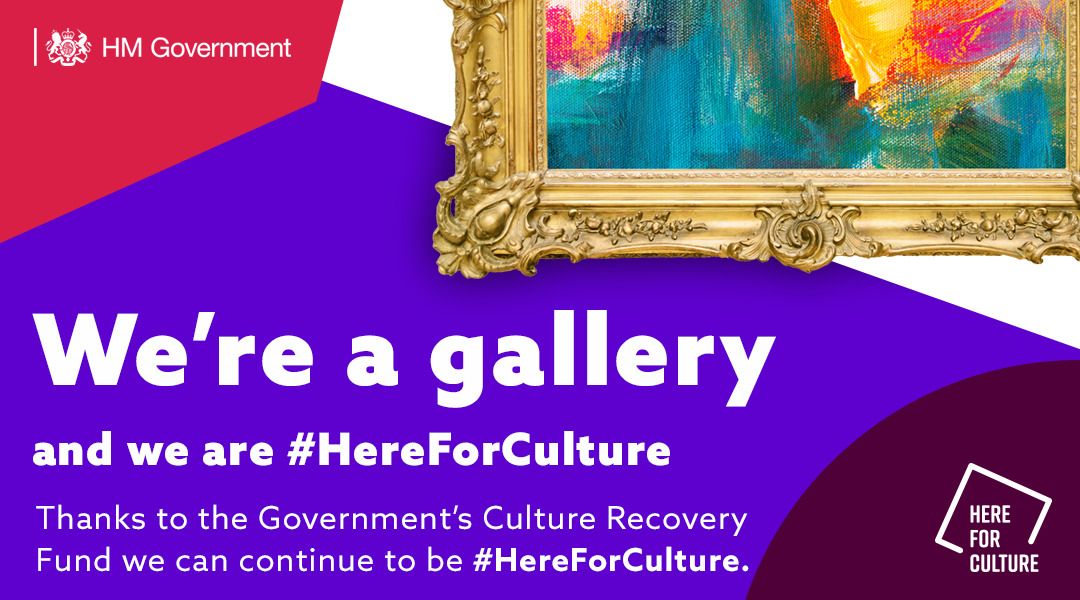 The government's instructions say: “In receiving this funding, you are agreeing to acknowledge this funding publicly by crediting the government’s culture recovery fund."

The UK secretary of state for culture, Oliver Dowden, told Parliament today that organisations benefitting from the Cultural Recovery Fund were encouraged to “publicise” the funding awards but were not required to “praise the government”.

Earlier this week, Arts Council England (ACE) awarded £257m in long-awaited Covid-19 rescue grants to 1,385 museums, theatres, and other cultural organisations across England as part of the government’s £1.57bn fund. Commercial galleries such as Arcadia Missa and Seventeen were also given grants along with the Photo London fair, which received £200,000.

According to the online journal ArtsProfessional, recipients were instructed by ACE “to welcome this funding on your social media accounts (using #HereforCulture), on your website (using the ‘Here for Culture’ logo) and in your newsletters”. ACE had not responded to a request for comment by the time of writing.

The instructions added: “In receiving this funding, you are agreeing to acknowledge this funding publicly by crediting the government’s culture recovery fund. This is a challenging time for the cultural sector and the ‘Here for Culture’ campaign aims to build a positive movement uniting the members of the public and people across the sector to voice their support for culture.”

Kevin Brennan, the Labour MP for Cardiff West, asked Dowden at the Digital, Culture, Media and Sport committee hearing today if successful organisations were required “to praise the government”. Dowden said: “No, it’s certainly not the case… We got in contact with them and we said do publicise it because it’s important for people to know this money is coming.”

He added: “It was the case we encouraged people to publicise [the rescue funding]. This is taxpayers’ money that is being spent. It is perfectly reasonable to alert people to the fact that it is there… it is perfectly normal as part of awarding funds for there to be publicity associated with it… we’ve made the biggest single ever investment in the history of the arts [in this country]—we know the value of it and we’re demonstrating it.”

An ACE spokeswoman says: "Part of the Arts Council’s remit is to champion and advocate for public investment in arts and culture, and the positive impact that publicly funded arts and culture has on people’s lives. An important aspect of this advocacy is for grant recipients to acknowledge the public funding they’ve received, how they’re using it and the impact it is having on their community."

More than 570 organisations failed however to secure the emergency funding distributed by ACE. ArtsProfessional also points out: “None of the funding can be used to cover costs after 31 March and with tougher lockdown measures being introduced in many parts of the country—especially the north of England—the grants may represent a stay of execution rather than a saving grace.”

Tracy Brabin, the Labour party’s shadow minister for the cultural industries, wrote on Twitter that the cultural recovery funding awards are “good news but we know it’s a sticking plaster over a gaping wound—409,000 (1 in 5) creative jobs expected to be lost.”