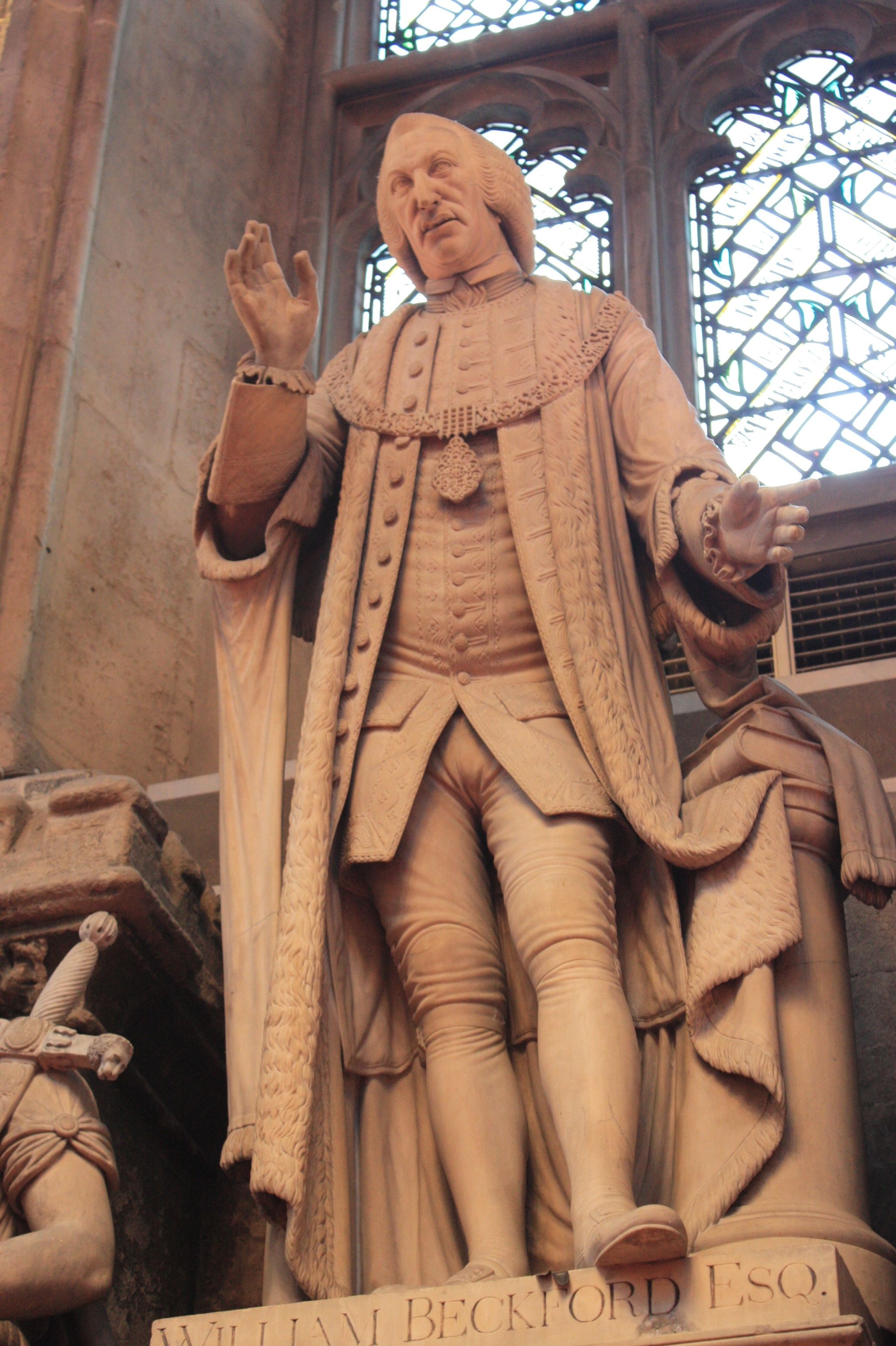 In January, the City of London announced that it would take down and re-sited the statue of William Beckford in Guildhall. Beckford, who was a two-time Lord Mayor of London in the late 1700s, accrued wealth from plantations in Jamaica and held African slaves Photo: Stephencdickson

The UK culture secretary Oliver Dowden will stoke the debate raging over controversial historic monuments by telling museum and heritage leaders later this month that they “must defend our culture and history from the noisy minority of activists constantly trying to do Britain down”.

According to the Daily Telegraph, Dowden is due to tell the leaders of the National Trust, Historic England, the National Lottery Heritage Fund, Arts Council England, the British Museum and the Imperial War Museum at a roundtable meeting how to put into practice the government's “retain and explain” approach towards heritage. A source close to the Department for Digital, Media, Culture and Sport (DCMS) confirmed that the meeting is scheduled to take place on 23 February.

Last month, the UK government announced new laws aimed at safeguarding historic monuments across England. This will require individuals to have listed building consent or planning permission before removing any historic statue. The law is expected come into effect in the spring and apply to England's 12,000 statues. “Our view will be set out in law, that such monuments are almost always best explained and contextualised,” said Robert Jenrick, the communities secretary.

But the government’s strategy has drawn criticism from some artists. “The government does not understand how monuments function as visual cues; they are not inert but uphold and reinforce incredibly objectionable ideas: racism, chauvinism, sexism, homophobia,” says the sculptor Nick Hornby.

“It is simply a matter of understanding visual literacy—the public ‘read’ the landscape they inhabit—and a statue is no different to a zebra crossing. We know what it means and we respond. Conserving public monuments is to conserve their values,” Hornby argues. So is recontextualising contentious monuments the answer? “In terms of recontextualising a statue, a simple small-scale label won’t suffice. How can a tiny plaque compete with a monument?” he says.

“The point I want to raise about scale and proportion of interpretation is that the viewing distances for public monuments are typically from quite far away, and that a small plaque isn’t noticeable. Walking past the Albert memorial [in London] on the other side of the road, you typically don’t read that small text label. An explanatory panel, a QR code—this is not how public spaces and streets are used. People are busy, people walk fast— they see these things every day in their periphery—and these sculptures unconsciously reinforce ideas that are problematic.”

The artist Bob and Roberta Smith, a Royal Academician, also tells The Art Newspaper: “The British establishment is obsessed with continuity in order to maintain the power of UK institutions. They don’t realise that keeping faith with lots of awful men who committed numerous atrocities during Britain’s empire, in the face of inevitable growing new awareness of different histories, undermines all of us.”

The Public Statues and Sculpture Association (PSSA) believes the government’s action is justified though. “If such statues are removed this will leave an historic vacuum of ignorance. We will have manipulated history in the same way these statues have been accused of doing by misrepresenting it. There will be nothing for later generations to learn from. If on the other hand, statues are retained and given full, inclusive and honest didactic labels this can help mitigate some of the cruel, barbaric acts of the past,” say the association co-chairs Joanna Barnes and Holly Trusted.

The PSSA believes there should be national and local consultation about contested works, with newly established committees comprising art historians able to comment on the historic significance of disputed works. “The monument to William Beckford in the Guildhall Great Hall is an excellent example of the need for this sort of expertise when these works are reviewed,” say Barnes and Trusted, referring to the City of London Corporation’s decision to remove statues of William Beckford and John Cass.

“It is a rare example of an 18th-century monument still in the civic setting for which it was designed; this highly important historical fact only featured in arguments to retain the work once the PSSA had pointed this out,” they say. Jenrick waded into the debate again last week by sending a letter to the City of London Corporation which warned that removing the statues of Beckford and Cass puts the city’s "rich history" at risk.

A City of London Corporation spokesman tells The Art Newspaper that a working group has been set up that will now consider the next steps regarding the two statues which currently stand in Guildhall. He says: “As Guildhall is a Grade I-listed building, we will need to seek planning permissions and we will of course comply with any new legislation that might be brought in.”

Last year, Dowden implied in a letter to cultural institutions sent on 22 September that they could lose government funding if they fail to toe the government line on contested heritage. “The significant support that you receive from the taxpayer is an acknowledgement of the important cultural role you play for the entire country. It is imperative that you continue to act impartially, in line with your publicly funded status, and not in a way that brings this into question,” Dowden wrote.

The move prompted Sharon Heal, the director of the advocacy body Museums Association, to respond: “We feel that this contravenes the long-established principle that national museums and other bodies operate at arm’s length from government and are responsible primarily to their trustees.” DCMS declined to comment.

UPDATE (24 February): Oliver Dowden wrote on Twitter: "Very productive conversation about protecting heritage for future generations. Agreed to jointly set up a working group & produce guidelines to put the govt's retain and explain policy into practice, so that more people can engage with our shared past."