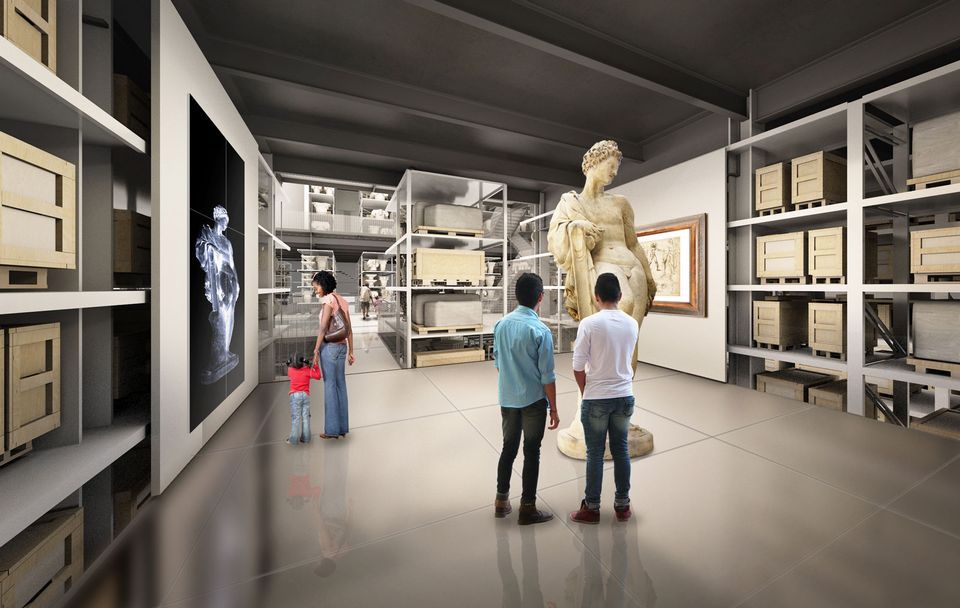 Major museum projects such as V&A East have been put on hold due to Covid-19 © Diller Scofidio + Renfro, 2018

You cannot pack up a museum collection from home. So when London’s leading museums hastily closed their doors last month to help stop the spread of coronavirus (Covid-19), they also paused more than £500m of major projects, including epic moves of stored collections. The enforced delay could increase the cost of several capital projects, adding to the millions of pounds of income lost during the UK’s lockdown.

Long delays will put pressure on already strained budgets, adding to the problems faced by museum directors and their trustees in this health crisis. Museums that have embarked on major capital projects, or plan to begin them shortly, will also have to weigh up the possible negative publicity, if they forge ahead. Many are already asking the UK government for emergency funding, when smaller museums and independent cultural institutions that do not receive significant public funding are facing an existential crisis.

London’s Victoria and Albert Museum (V&A), British Museum and Science Museum are all vacating Blythe House, a shared store in West London, which the government decided to sell. The British Museum is building a £65m archaeology store near Reading, west of London. The V&A is moving treasures, including Frank Lloyd Wright’s Kaufmann Office (1937) to Here East, a planned superstore in East London designed by Diller Scofidio + Renfro. It is funded by its £50m share of the sale of the joint store in a former post office building.

Also in East London will rise V&A East, an exhibition pavilion in the Queen Elizabeth Olympic Park in Stratford, which the museum plans to co-programme with the Smithsonian Institute. The museum is forging ahead with both schemes, which are due to be completed by 2023. V&A East is part of a £1.1bn cultural project called Stratford Waterfront. The curator and art historian Gus Casely-Hayford joined the V&A to lead V&A East in March, just as the museum went into lockdown.

Tim Reeve, the deputy director of the V&A acknowledges the unprecedented challenges facing the UK’s museums and its impact on the V&A’s expansion plans. But V&A East and Here East as planned remain a priority. “Now more than ever, a project that seeks to provide creative opportunity and inspiration to the most diverse of constituencies, in support of the ever more vital and important creative economy of the UK, must proceed with undimmed determination and imagination,” Reeve says.

The Museum of London, like many other institutions, has furloughed many of its staff this week. But that has not stopped it looking for a builder for its new £335m home. The tender for the £140m contract to convert former market halls in Smithfield was published earlier this week. The museum plans to move out of its 1970s building to make way for the conductor Simon Rattle’s new, Diller Scofidio + Renfro-designed concert hall, a prestige project with a £288m price tag. A Museum of London spokeswoman says: “It is important that we maintain momentum with contracts to ensure we are ready to commence building works as soon as we safely can, following government and public health guidelines.”

The Courtauld Gallery, meanwhile, is in the middle of a £50m revamp, having closed to the public in late 2018. The Courtauld Institute's director, Deborah Swallow, says that after pausing construction “building work has cautiously resumed” with social distancing in place, “supported by a range of additional health and safety measures”. She says the aim remains to reopen by spring 2021. She stresses that it is more than a capital project, a sentiment that will be shared by her fellow directors.

In January, the director of the National Portrait Gallery, Nicholas Cullinan, announced it was shutting this summer for three years to complete a £37.5m modernisation. A spokeswoman says that there are no plans to bring forward the planned closure if the UK government does not relax the lockdown by late May or June, like the V&A Museum of Childhood, which is about to begin a two-year, £13m revamp.