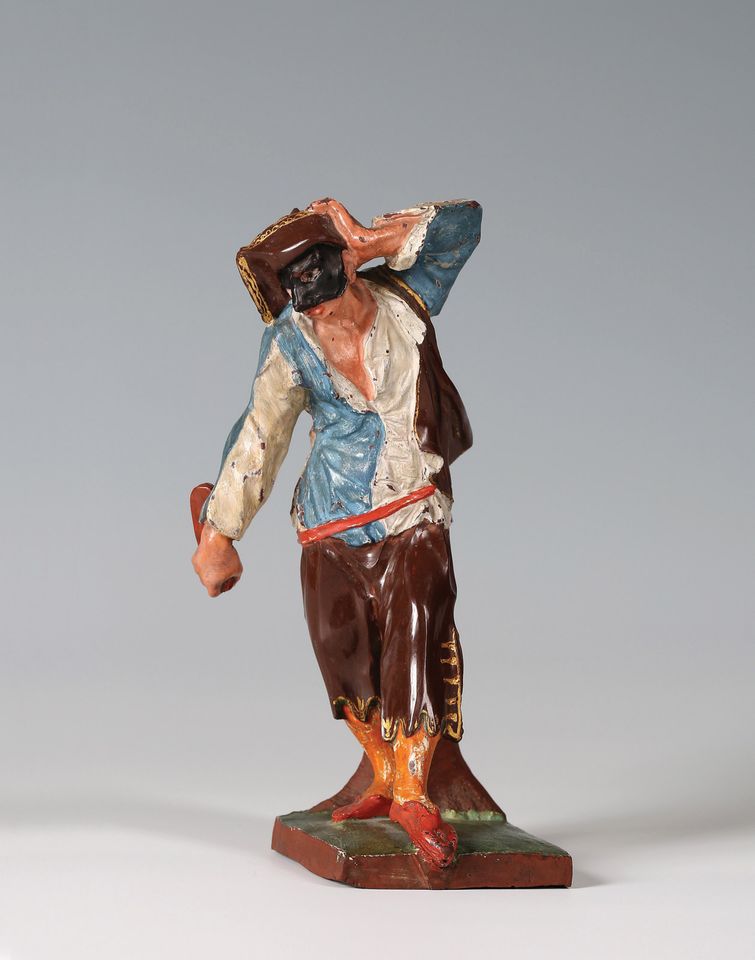 An important Meissen figure has been shipped from the UK to an anonymous buyer in Japan, despite a spoliation claim on the object. The claimants tried to block the movement of the £270,000 Commedia dell’Arte sculpture, which was seized by the Nazis, but the UK government granted an export licence that allowed the piece to leave the country.

The Meissen figure of Pulcinell, dating from the early 1710s, came before the UK’s Reviewing Committee on the Export of Works of Art and Objects of Cultural Interest. Initially only sparse provenance details were provided, but the applicant later submitted further information confirming that the piece was in the Budge auction, held in Berlin in September 1937. Emma Budge, the piece’s Jewish owner from Hamburg, had died a few months earlier and her collection was seized and subject to a forced sale.

The 1937 buyer of the Pulcinell quickly sold or gave it to a colleague, the dealer Arthur Kauffmann, who fled Nazi Germany for England the following year. Kauffmann’s descendants sold the figure through the London art trade in 2016.

After the 2016 sale, an application to send the figure abroad was submitted to the export reviewing committee. Although the committee became increasingly concerned about the provenance, it had little choice but to go through the standard procedure for items of national importance. It then recommended that the government’s culture department should defer an export licence to allow a UK buyer to match the price. In the end, no UK museum tried to buy the Pulcinell. This comes as no surprise, since museums would hardly purchase an object that was known to have been the subject of a Nazi forced sale.

The committee’s annual report, published last month, reveals what happened. In 2017, the Budge heirs learned of the recent sale and contacted the UK authorities. The claimants were then advised that a Nazi-era claim could go before the official Spoliation Advisory Panel, but under its terms this could only happen if the private owner agreed. Hardly surprisingly, the Japanese buyer was unwilling to do so, and the Meissen figure was therefore allowed to leave the UK.

A spokeswoman for Arts Council England, which administers export licences, says that the Meissen case is “extremely unusual”. It has “no intention at present to change the current arrangements”, which only make it possible to make recommendations under the Waverley Criteria on export deferrals, which cover objects of outstanding significance that should be saved for the nation. A culture department spokeswoman confirms that the government “can only refuse an export licence for an item on the basis of national importance”.

Other Meissen pieces from the Budge collection have already been subjected to successful spoliation claims. In 2014, the heirs won a claim against the Victoria and Albert Museum in London for three figures. Last year, the Museum of Fine Arts Boston made a financial settlement for an undisclosed sum to retain seven Budge figures.

Lothar Fremy, the Berlin lawyer who is representing the Budge heirs, says that when the Meissen figure does eventually reappear on the market, “we would like to come to a settlement with the current holder”.