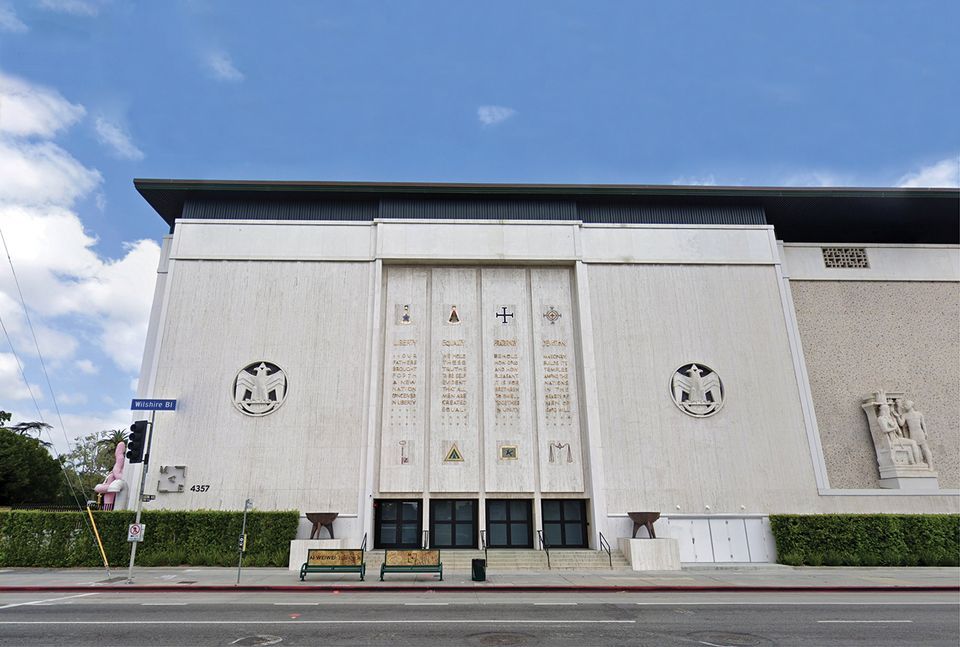 The American Federation of State, County and Municipal Employees (AFSCME), which was in discussions to represent visitor services workers at the Marciano Art Foundation in Los Angeles, before the private art space abruptly laid off the staff and closed its doors, has announced a nationwide protest of the collectors' luxury jeans business, Guess, on Black Friday — America’s busiest shopping day.

But the decision came as something of a surprise to union organisers from the now shut museum, who say they were not initially advised about the action. AFSCME is one of the largest, most powerful unions in the country, and earlier this month, the group filed a complaint with the National Labor Relations Board on behalf of the Marciano Art Foundation workers. The filing claimed that the museum engaged in illegal union-busting practices.

Ultimately, the axed Marciano workers have thrown their support behind the Guess protest. “The Black Friday actions are an opportunity to show that our movement is just one branch of a much larger community of workers and labour advocates,” says Eli Petzold, who lost his job at the Marciano Art Foundation alongside other arts workers. “The Marcianos have antagonised organised labour for decades now… I doubt we can disabuse them of that stance,” he adds. “But now is as good a time as ever to remind them that the labour community looks out for its own, is ready to speak up and flex for its own.”

Accordingly, workers have sought to forge bonds with their colleagues at other art institutions across Los Angeles. Last week, organisers picketed an event for the local profit LAXart, whose artistic director is Olivia Marciano. Organisers have also been in contact with workers at the Museum of Contemporary Art in Los Angeles, where employees recently announced their own intent to unionise. (MOCA’s top post is endowed as the Maurice Marciano Director, currently held by Klaus Biesenbach, the former director of MoMA PS1 in New York.)

Institutions' responses to unionisation efforts in Los Angeles have been terse. After initially ignoring requests for comment from the press, the Marciano Art Foundation said it had “no present plans to reopen”. For its part, MOCA released the following statement: “While we respect the right of employees to decide whether or not they wish to be represented by a union, we do not believe that this union is in the best interest of our employees or the museum.”

Major cultural institutions across the US have chafed at unionisation efforts, but this has not stopped employees from organising. This year, unions have been formed at the New Museum, the Guggenheim Museum, and the Tenement Museum in New York. Seattle’s Frye Art Museum also created one. Organisers in Los Angeles say they are looking at those efforts as a model.

And despite the Marciano Foundation's shutdown, the museum's former workers are holding out hope. “Believe it or not, our goal remains the same: we’re demanding the Marcianos reopen the foundation, reinstate our jobs, and recognise our union. I’m not convinced that they’re actually shutting down to the public for good,” Petzold says. “We’re just trying to make it a little less awkward for them when they eventually want to open back up.”

Can Biden's inauguration galvanise the US art world into finally taking action against climate change?

Can Biden's inauguration galvanise the US art world into finally taking action against climate change?