Louis Hock tackles fear, racism and hatred of immigrants with temporary barrier at the Museum of Contemporary Art San Diego

Louis Hock, a multi-media artist who grew up in American border towns and now lives near San Diego, California, has spent much of his career tearing walls down in one way or another.

From the late 1970s and on, he has made videos documenting the daily struggles of the Mexican immigrants who were his neighbours. In 1993, he teamed up with Elizabeth Sisco and David Avalos to offer a “tax rebate”, handing out $10 bills to Mexican day labourers in California for their unrecognised contributions to the American economy. And in 1997, he cut a hole in the steel fence bordering the Mexican city Tijuana “so that people could kiss, or hold their babies from one side to another, or exchange tacos,” he said. 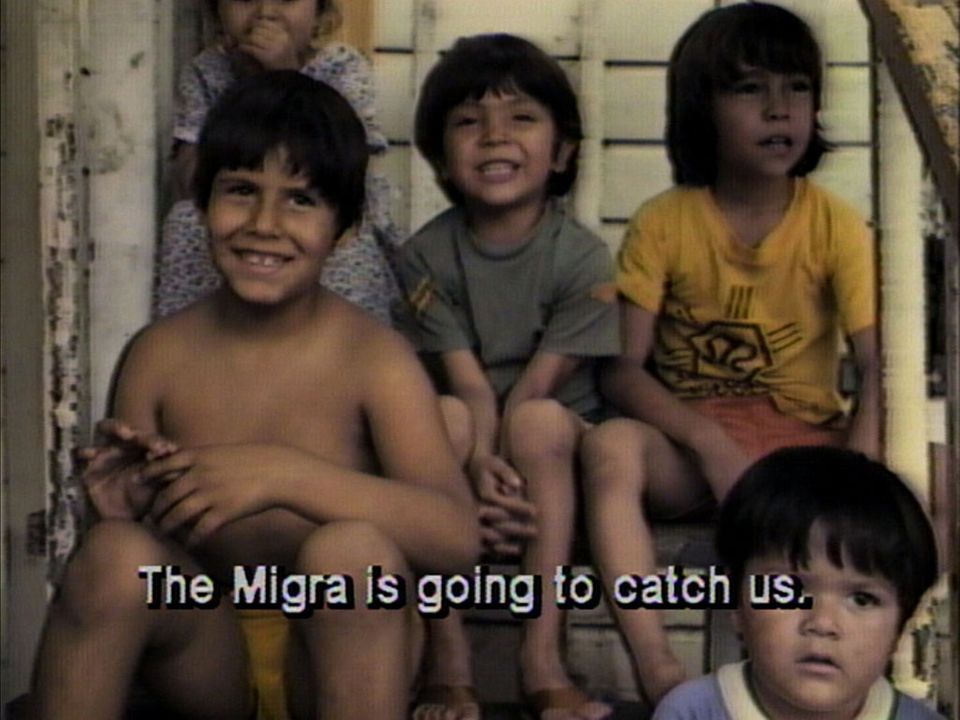 Louis Hock, The Mexican Tapes: A Chronicle of Life Outside the Law (1986)

This year, his critique of American xenophobia took a more architectural form: he has just finished building a massive wall inside the large lobby gallery at the Museum of Contemporary Art San Diego, an institution only 16 miles from Mexico.

His wall was not, he said, originally inspired by the presidential candidate Donald Trump, but it is resolutely anti-Trump. “This project has been in the making for a couple of years, before he surfaced as a politician, but it goes head to head with everything Donald Trump represents: fear, racism and the hatred of immigrants,” the artist said when reached by phone.

At 85 feet long and almost 8 feet high, running diagonally through a space that used to be a train station baggage depot, Hock’s wall is meant to trip up visitors.

“I hope it makes you think in some small way about what happens when a wall runs through a community. Seeing a wall in a magazine or on the internet is not the same as facing a wall in person. A wall takes something away from you,” he said. Hock went on to discuss the alienating, wall-like power of Richard Serra’s controversial steel sculpture Tilted Arc (1981), which was removed from the Foley Federal Plaza in Manhattan following complaints from city workers.

In part to avoid this effect, Hock’s wall is meant to be temporary—it went up last week and will come down 27 September. He made it out of over 1,000 recycled paper pulp bricks, a custom version of the cardboard used to pack electronics. “It’s a paper wall. I didn’t want a wall that was heavy or metal,” he said. “I didn’t want the weight to be in the object itself but in the idea.”