Aiming to stop the spread of coronavirus, the suspension begins at midnight on Friday and is expected to last 30 days 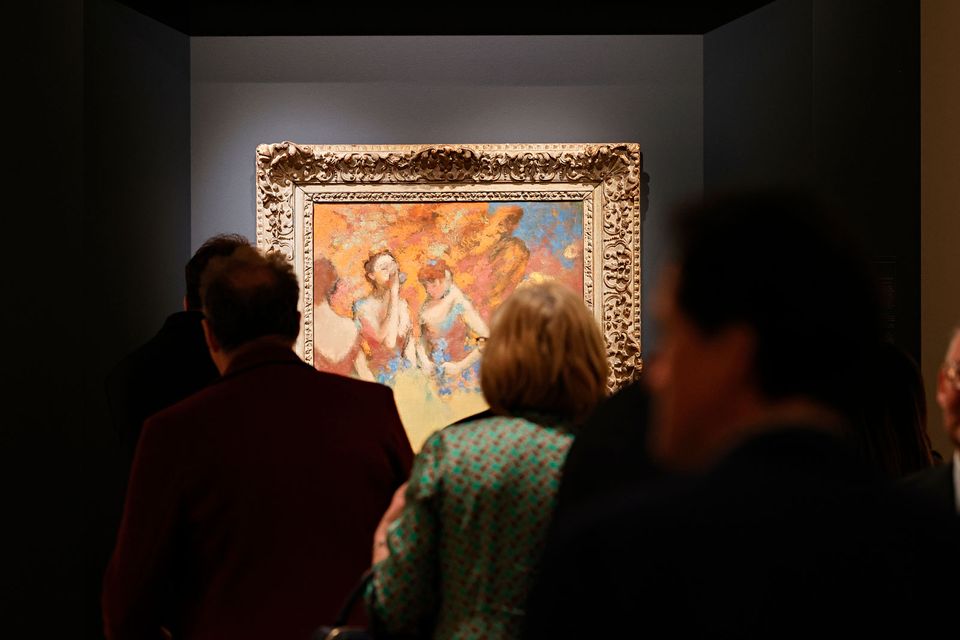 Trump's new European travel ban is causing confusion at Tefaf Maastricht, which closed early due to coronavirus Courtesy of Tefaf

US dealers are scrambling to leave Maastricht after president Donald Trump banned most travel from Europe to the US to curb the spread of Covid-19 (coronavirus), with many unclear on the extent of the month-long suspension and fears that flights home would be canceled.

Trump’s announcement, broadcast live from the Oval Office last night, came just hours after Tefaf Maastricht announced it was closing four days early due to Covid-19. One exhibitor, believed to be an Italian Modern art dealer, has tested positive for the disease.

Trump’s travel ban applies to 26 European countries, including the Netherlands, for 30 days from midnight on Friday. The UK and Ireland are excluded, while US citizens who undergo “appropriate screening” will be allowed to return home from Europe.

During his speech, Trump said that the “foreign virus” had been “seeded” in the US because the European Union had failed to ban flights from China. The European Commission, meanwhile, has condemned Trump’s decision, saying: “The coronavirus is a global crisis, not limited to any continent and it requires cooperation rather than unilateral action. The European Union disapproves of the fact that the US decision to impose a travel ban was taken unilaterally and without consultation.”

Further details on the ban are expected in the next 48 hours, although it has already caused confusion and consternation for those currently in Europe. The New York-based contemporary art and ceramic dealer Jason Jacques says he is now “rushing back from meetings in Berlin to pack and then fly at 9am out of Brussels tomorrow”.

Having been woken up at 3am by worried staff, Jacques says he purchased additional full-fare tickets “to make sure we get home”. He adds: “We now know this was unnecessary as Americans will be allowed to return home next week after a screening.”

Choosing to see the brighter side, Jacques says it was nonetheless worth buying last-minute tickets “to get home and self quarantine in my own bed with legal cannabis and some good books”.

Although the Maastricht authorities currently have no plans to implement quarantines, the prospect of having to self-isolate in Maastricht appears to have been a concern for some. The Old Master prints and drawings dealer David Tunick says: “Over the last two weeks as I watched the numbers of those infected go up in the Netherlands and next door in the German state of North Rhine-Westphalia, the biggest fear that I had was not becoming gravely ill, but being forced to quarantine for two weeks in the hotel.”

Tunick, who changed his flight before Trump made his announcement, fearing New York's airports would be closed after Covid-19 was declared a pandemic, believes Tefaf did the right thing in shutting early. He says he is “getting out of Dodge” but is possibly expecting a similar scenario in New York. “Working remotely from home is preferable to being stuck here,” he adds.

The Crowne Plaza and NH Hotels in Maastricht declined to comment on whether they are making additional preparations for any guests who may have to self-quarantine while staying with them.

Other dealers are playing it by ear. Michele Beiny Harkins, who specialises in 18th- and 19th-century European porcelain and faience, says her staff are booked to return to New York on Friday, but she will wait for her shippers to arrive in Maastricht this weekend. “I hope to fly back to New York on Monday at the latest. But I have not made a flight reservation yet,” she says, acknowledging that “the situation could change dramatically at any moment”.

Indeed, thoughts are now turning to the US fairs due to take place in the coming months, including Tefaf New York, Frieze New York and 1-54 NY.

According to a spokeswoman for Tefaf, the fair’s organisers “are looking at all options at this point in relation to the New York fair and will evaluate what is the best next step”.

Meanwhile, a spokesman for 1-54 says the contemporary African art fair “is very closely monitoring the situation and actively following both international guidelines and US specific-regulations on the matter”. He adds: “1-54 is also working in close collaboration with our galleries, and other fairs and events with a similar international scope happening concurrently to ensure we are aligned on related contingency planning and decision making with regards to the upcoming New York fair.” Frieze New York is understood to be assessing the impact of the travel ban on plans for the fair.

Ultimately, as Tunick says, people's health remains the priority: “We’re hoping that Maastricht is not the last fair of 2020, but more importantly that the virus and consequent suffering and loss ends soonest.”