A grant of over $100,000 has been given from the US to St Petersburg's State Hermitage Museum for the maintenance of three 16th-century school of Raphael works 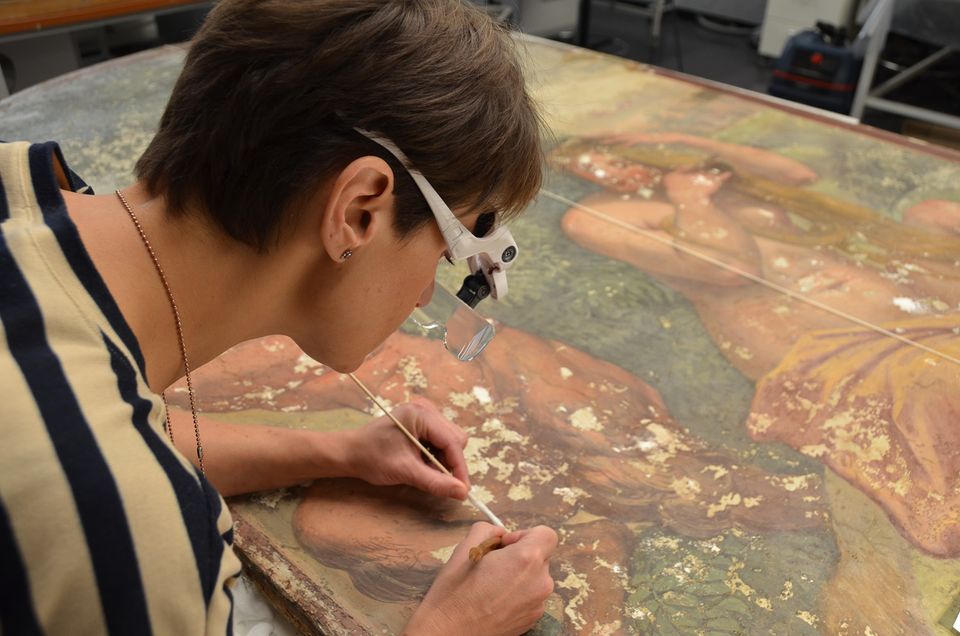 The US Embassy in Moscow has given a $102,000 grant to the New York-based Hermitage Museum Foundation (USA) to restore three 16th-century school of Raphael frescoes at St Petersburg’s State Hermitage Museum. This major gesture of cultural diplomacy comes at time when US-Russia relations are at a low and borders remain closed due to Covid-19.

The joint project “represents Russia and America’s commitment to using cultural ties as bridges between our countries, which today is especially important,” the embassy said in a press release.

The three frescoes, Venus and Adonis, Pan and Syrinx, and Venus and Cupid on Dolphins, all painted in 1523-24, once decorated the walls of a small villa on the Palatine Hill in Rome. They were acquired by the Hermitage in 1861, and over centuries “their original Renaissance appearance was almost completely lost,” said the statement. 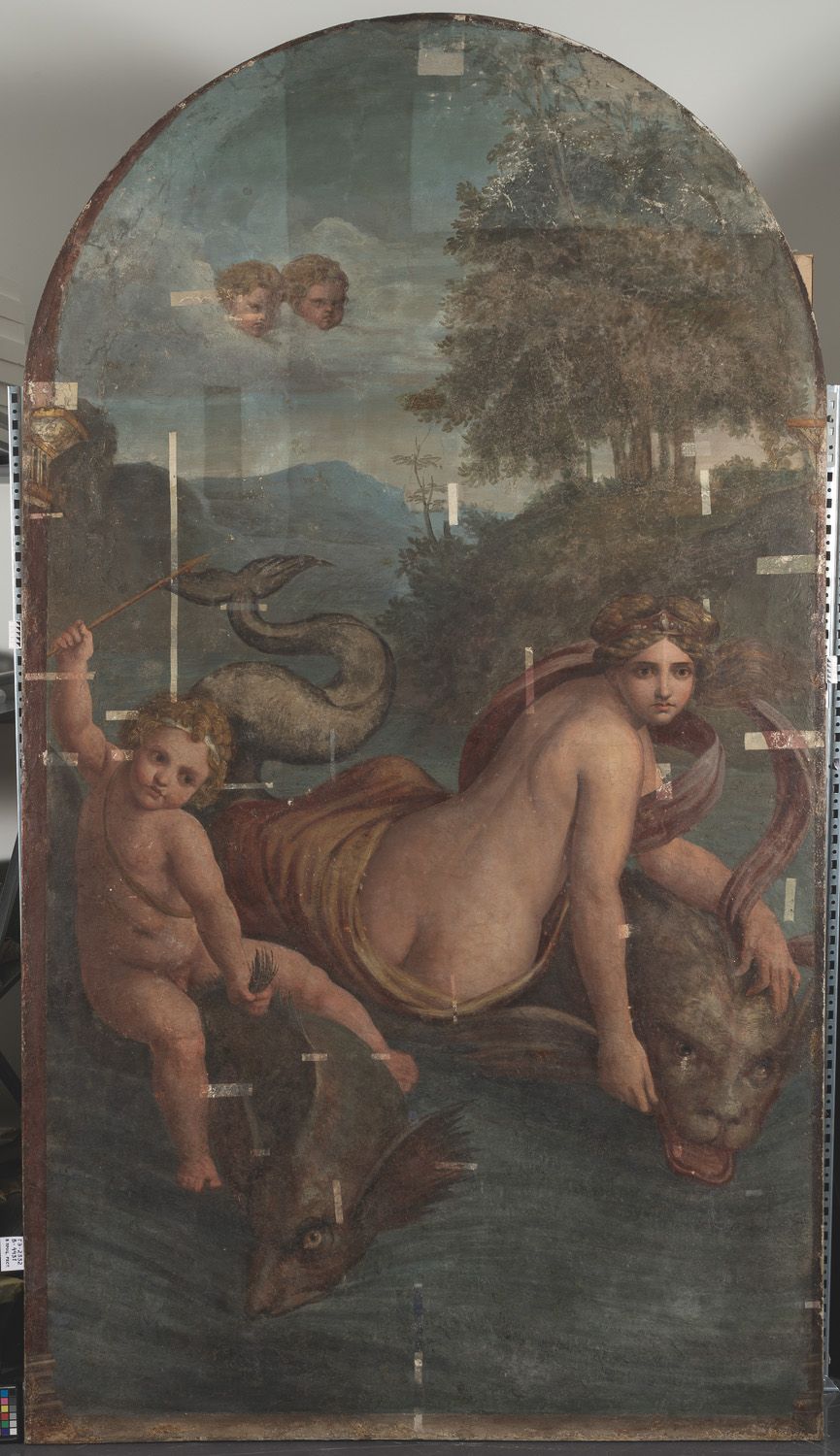 The Hermitage, like many museums worldwide, is marking the 500th anniversary of the Italian Renaissance artist’s death this year. The grant allocated to the Hermitage will not only restore the school of Raphael frescoes, but also support production of video materials on the museum’s restoration school and on the preparation of the important exhibition After Raphael. 1520–2020. The project also envisages online workshops and virtual speaker engagements about cultural heritage preservation and protection.

Mikhail Piotrovsky, the director of the Hermitage and honorary chairman of the Hermitage Museum Foundation, has spoken repeatedly of the need to build bridges to overcome geopolitical and legal obstacles in international cultural relations. Museum exchanges between Russia and the US have been frozen for a decade due to a US court ruling on the Schneerson library collection, which is held by Russia but claimed by the New York-based Chabad-Lubavitch Hasidic group. 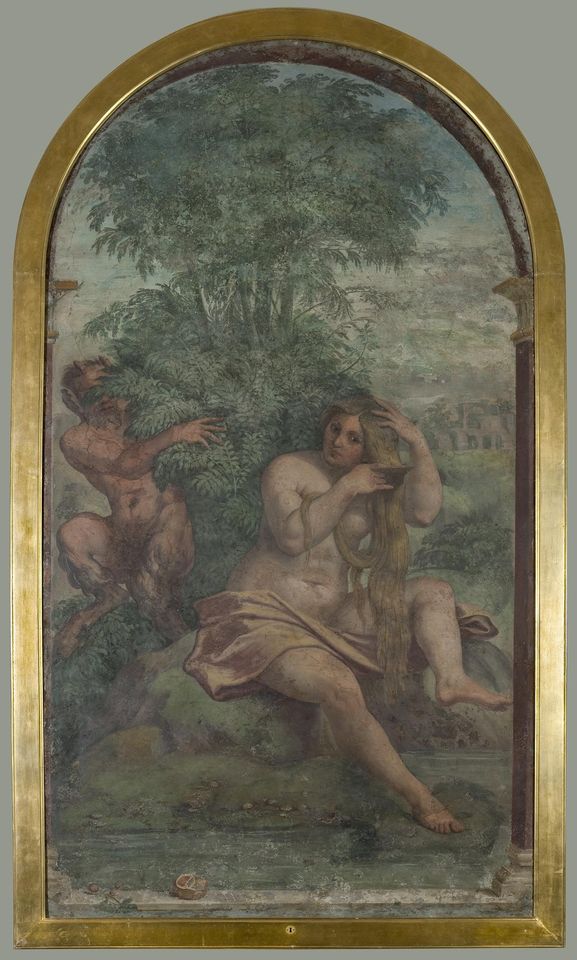 The US Ambassador to Russia, John Sullivan, announced the Ambassador’s Fund for Cultural Preservation grant from the US State Department’s Bureau of Educational and Cultural Affairs in an interview with Moscow newspaper Nezavisimaya Gazeta, published on 26 October. Due to Covid-19 restrictions, the formal launch will take place virtually on 28 October.

Sullivan said that the works have suffered considerable damage over 500 years. “The programme that we’re sponsoring is to restore those frescoes, which is urgently needed,” he said. “We’re hopeful that this restoration will unveil the true beauty of the frescoes, not just to the Russian public, but to the world. The Hermitage Museum is, of course, a cultural treasure of Russia, but really, of the world too.”

Saranna Biel-Cohen, the executive director of the Hermitage Museum Foundation, spearheaded the project and said it took “about a year” to get off the ground.

Torkom Demirjian, the foundation’s chairman, told The Art Newspaper that the choice of school of Raphael works was “based on the need of the museum”, which has “a very long backlog of works that need conservation”.

"In this very polarised global political environment, it is very important to keep avenues open when it relates to people-to-people contact, particularly in the area of culture. It plays a very positive role in diplomacy. That really is a very crucial point. And with this act, I think that the US Embassy in Moscow wants to illustrate that when it comes to people-to-people we care about each other, we care about each other’s cultures and initiatives, and we leave aside the politics.”

In the pipeline for the project are “fundings that approach closer to $1m,” he said.