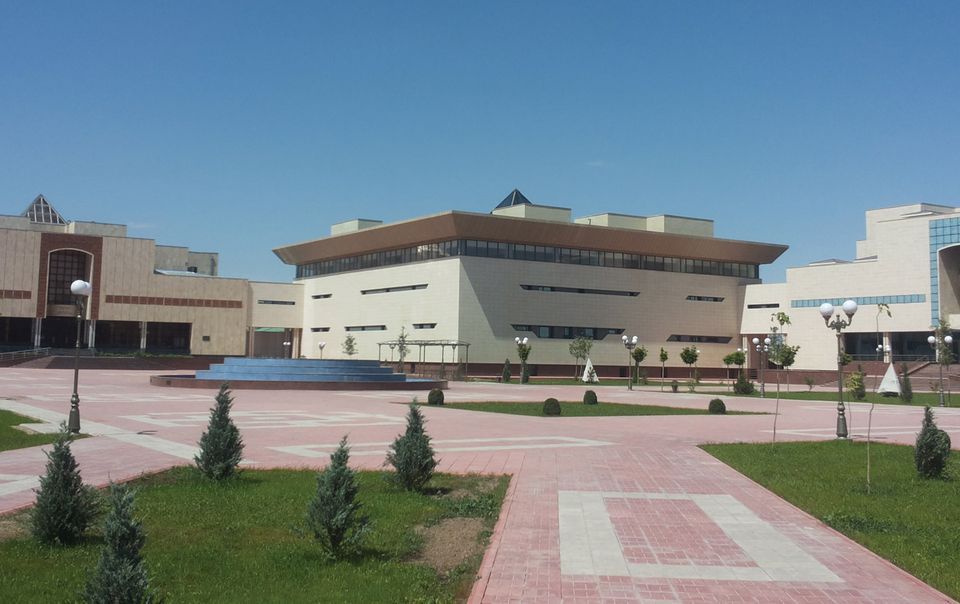 Founded in the 1960s, the Nukus Museum escaped Soviet censorship because of its location far from Moscow © Karakalpakstan State Museum of Art

Tigran Mkrtychev, a former museum director from Russia, has won an international competition to head the Nukus Museum in Karakalpakstan, Uzbekistan, renowned for its Russian avant-garde art collection in a remote region of the Central Asian republic.

The appointment, announced 4 July by the country’s Art & Culture Development Foundation of the Ministry of Culture, represents a new start for the museum, which has been plagued by conflicts in recent years. The competition is also emblematic of Uzbekistan’s increased international openness after years of dictatorship.

“The choice of the director of one of the most famous avant-garde museums in the world will also be the choice of a new way of development and unique collection preservation,” the foundation says in a statement. According to Uzbekistan’s Culture Minister, Bakhtiyor Sayfullaev, Mkrtychev will take up his post in Nukus this autumn.

Often called the Louvre of the Steppes, the museum is not far from the Aral Sea. Mkrtychev, an archeologist and art historian who knew Igor Savitsky, the museum’s storied founder who saved works of art from Soviet censorship, originally came to Uzbekistan for university. He went on to become the deputy director of the Museum of Oriental Art in Moscow and became director of the Roerich Museum after it was controversially absorbed by the former in 2017; he has also been an Andrew W. Mellon Fellow at the Metropolitan Museum of Art in New York.

Mkrtychev tells The Art Newspaper that he hopes to put part of the collection on tour, saying: “I think the time has come to show all the magnificence of the Nukus Museum in Europe and the United States.” His goals also include bringing on more museum staff, developing a larger online presence, publishing texts in English, creating education programmes for local residents and launching a restoration centre.

“The Nukus Museum has a big problem with [the] restoration of [its] works,” he says. “We want to attract experts from around the world so that they can help create a restoration school.” He is already in touch with the fundraising group Friends of the Nukus Museum, which had cut off ties due to controversy at the museum, and is planning a contemporary art biennial that could “attract contemporary artists from around the world” since “Nukus is part of universal cultural heritage”, according to Mkrtychev.

Uzbekistan’s President Shavkat Miriyoyev has drastically simplified entry to to the country, with visa-free access for up to 30 days for tourists from dozens of countries, including most of Europe. “If God gives the strength, all will be well and the Nukus Museum will move from the top ten unknown museums that you must visit to the top ten in the world that everyone knows,” Mkrtychev says.