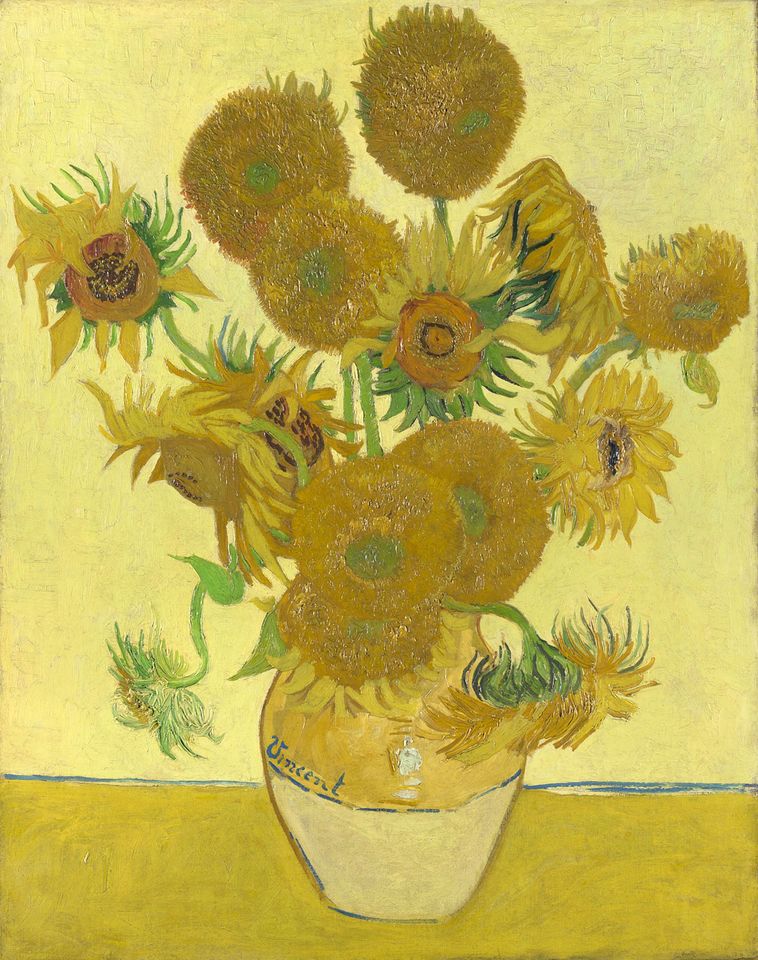 Van Gogh’s Sunflowers (1888) is to go to Australia next year. Canberra’s National Gallery of Australia will present the painting as the highlight in its exhibition Botticelli to Van Gogh: Masterpieces from the National Gallery, London (13 November 2020-14 March 2021).

Other artists to be featured in the show include Titian, Goya, Turner, Cézanne and Gauguin. Among the key works are Rembrandt’s Self-portrait at the Age of 63 (1669) and Vermeer’s A Young Woman seated at a Virginal (1670-72).

Canberra will be the third and final stop on a tour of National Gallery pictures, where it is being organised by the charity Art Exhibitions Australia. Earlier this year it was announced that the tour would start at two Japanese venues: Tokyo’s National Museum of Western Art (3 March-14 June 2020) and Osaka’s National Museum of Art (7 July-18 October 2020). The two Japanese museums are expected to attract around one million visitors.

The addition of Canberra means that the Sunflowers, one of the National Gallery’s most popular paintings, will be off display in London for just over a year. The Van Gogh has only been lent abroad three times since its acquisition in 1923—to Paris in 1955 and Amsterdam in 2002 and 2013.

The Japanese and Australian exhibitions will comprise the largest group of National Gallery paintings ever to be sent abroad. A gallery spokesman says that fees from the touring show will be partly used for “sharing our pictures with audiences in the UK”.