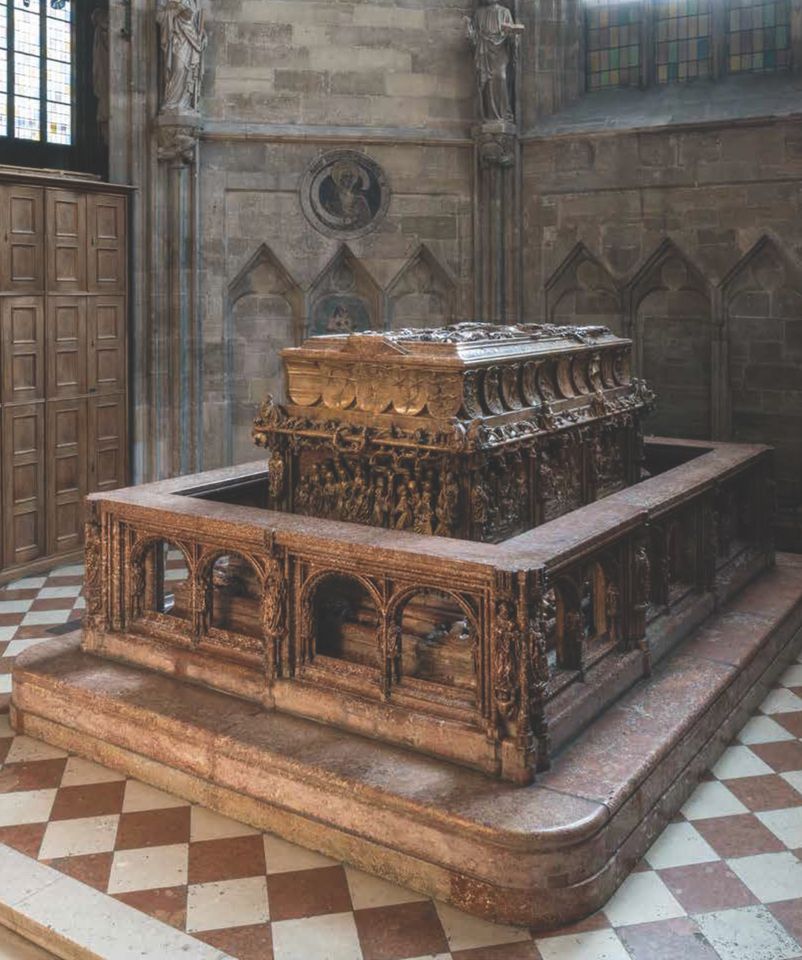 Photographs taken through a small hole drilled into the sepulchre of Frederick III revealed treasures including an imperial orb, cross, and sceptre © KHM-Museumsverband

For the first time in over 500 years, we are able to see inside the tomb of one of the most important of the Holy Roman Emperors. The sepulchre of Frederick (Friedrich) III, emperor from 1452 until his death in 1493, the greatest monument in Vienna’s cathedral of St Stephen’s, in the city’s historic centre, has been shown to contain his enamelled gilded crown and imperial regalia.

Carved by Niclaes Gerhaert of Leyden, the marble sepulchre is the largest and most important medieval imperial tomb north of the Alps. The sepulchre lies at the end of the Apostles’ nave, near the high altar.

For much of the 20th century there were rumours that Frederick III was not actually buried in the tomb. To counter these suggestions, in 1969 the cathedral authorities agreed that a small hole should be drilled through the thick stone of the sepulchre to enable specialists to check whether there was a body inside. Using a tiny light and mirror, it was confirmed that the emperor’s remains were inside. But with 1969 technology it was impossible to take photographs.

Six years ago, the small hole was reopened, and by this time the interior could be photographed. These sensational images remained confidential and were only made available on 8 November, following a joint research project by the cathedral and Vienna’s Kunsthistorisches Museum. 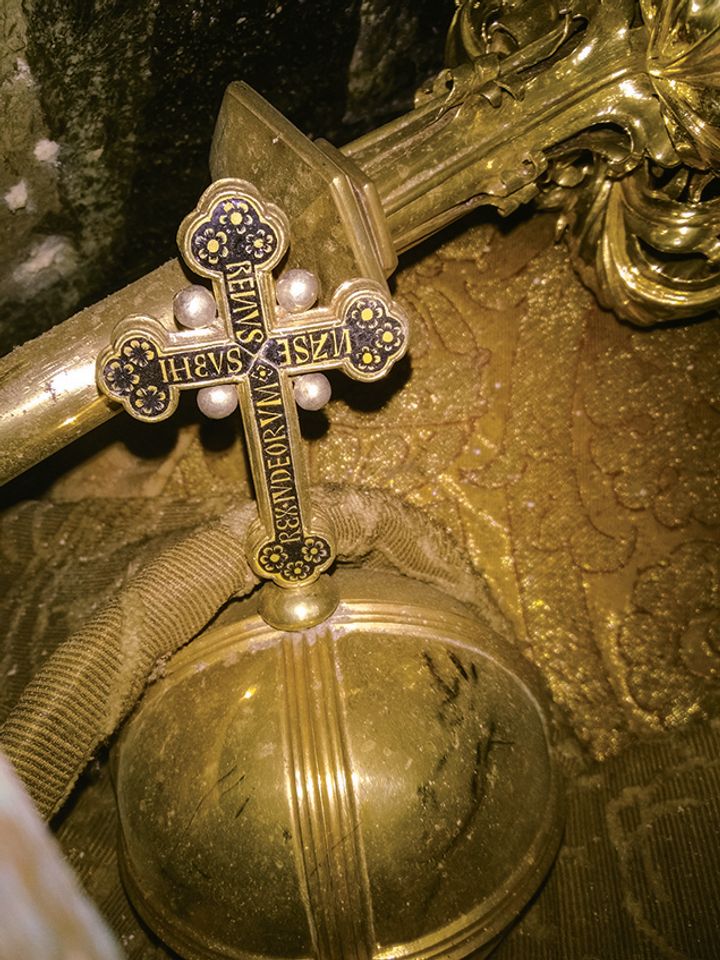 Franz Kirchweger, a curator at the museum, says that viewing the images, he felt “like Howard Carter, who first saw the riches in Tutankhamun’s tomb”. Not only was the emperor’s skeleton intact, covered with funerary textiles, but he had been laid to rest with his sceptre and orb. Most importantly, he wears his enameled gilded mitre-crown, a type of tall crown used by Habsburg rulers up until the end of the Holy Roman Empire in 1806.

It has also now been revealed that the sepulchre has two unique features. Inside it is lined with long gilt metal plates inscribed with texts celebrating the achievements of Frederick and his son Maximilian, who arranged for his father’s reburial in this imposing sepulchre in 1513. The coffin is constructed entirely from glazed ceramic tiles.

It is very unlikely that the tomb will ever be opened. This would be extremely difficult logistically, since the cover alone weighs eight tons, and opening it would probably damage the sepulchre and its precious contents. There is also the ethical question of whether it would be appropriate to disturb the emperor’s remains. However, using the small hole, tiny pieces of the ceramic tiling and one tiny fragment of textile have gingerly been removed for study.