The vessels, containing 2,600-year-old mummified internal organs, are due to be sold in Munich tomorrow 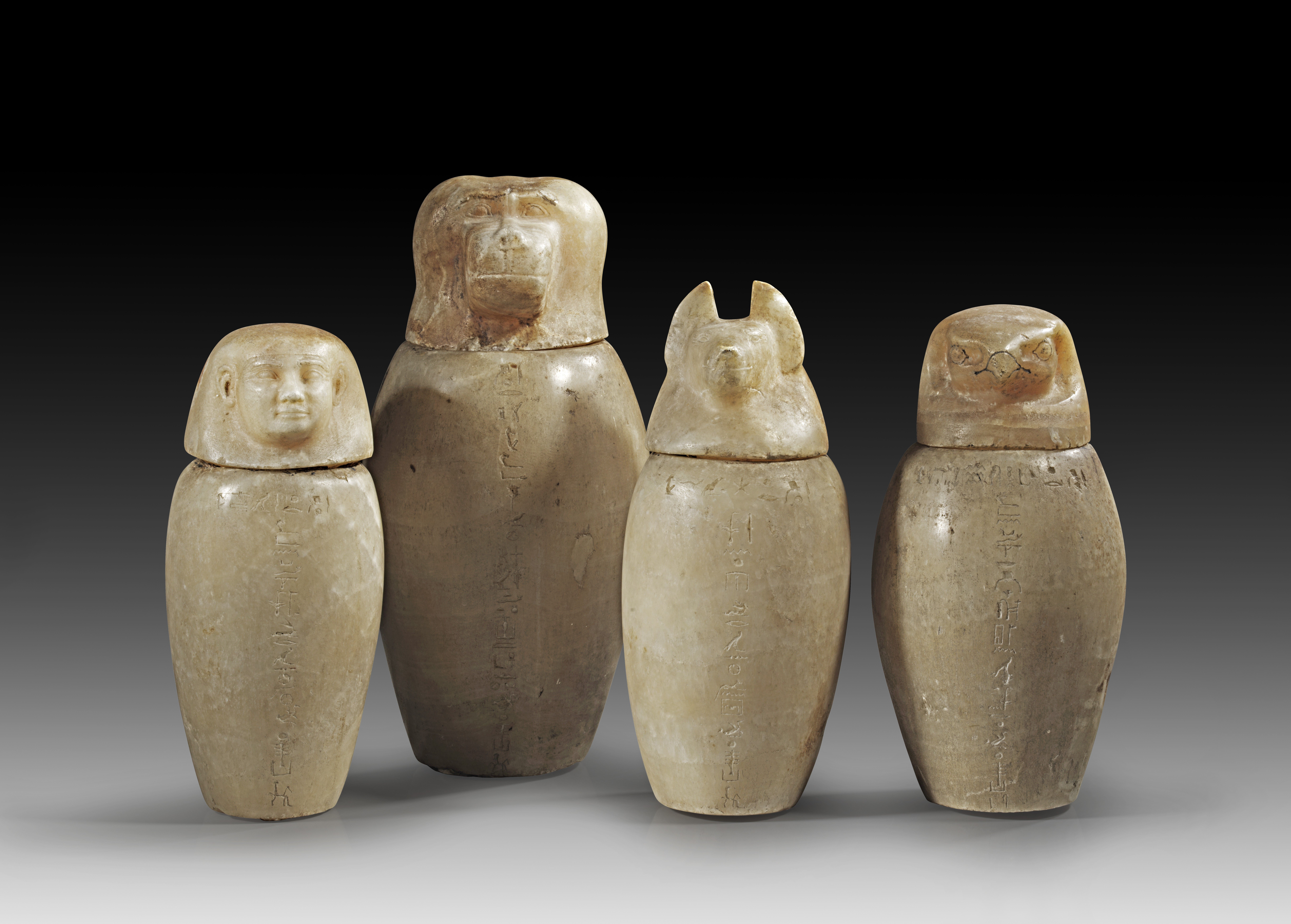 A lawyer for Vienna’s Kunsthistorisches Museum has called on a Munich auction house to return four alabaster jars containing the mummified internal organs of an Egyptian official that it says were illegally sold from the collection by a former curator.

The auction house Gorny & Mosch is offering the four jars, with an estimated joint price of €150,000 in its Ancient Art, Africa, Asiatica sale on 22 July. They contain the 2,600-year-old liver, lung, stomach and intestines of Djed-Ka-Re, a senior figure in the 26th dynasty.

The Kunsthistorisches Museum’s lawyer, Ernst Ploil, wrote to Gorny & Mosch requesting the return of the artefacts on 17 July but has so far received no response, says Franz Pichorner, the deputy director of the museum. The museum’s claim is backed by Icom Austria, which issued a statement demanding that the auction house hand this “clearly illegally traded cultural property back to the Kunsthistorisches Museum.” The jars contain the internal organs of a senior official

The jars, along with hundreds more items, vanished from the museum during the tenure of Hans Demel, who was director of the Egyptian and Oriental collection from 1913 to 1951. It was only after Demel’s death that his successor revised the inventory and combed his predecessor’s correspondence, drawing the conclusion that Demel had sold items from the collection illegally over many years and pocketed the proceeds.

“Amazingly, it was never investigated,” Pichorner says. He says the museum’s chances of recovering the jars via legal action are slim because of statutes of limitations and other obstacles. “But we believe they are no longer sellable and we would like to negotiate with the consignor,” he adds.

Gorny & Mosch previously offered the jars at an auction in 2018, where they went unsold. Pichorner says the auction house has misstated the provenance in an online video, claiming that the jars were in the possession of Emperor Franz Joseph I, and neglecting to mention that they were part of the museum’s collection from 1891 until the illegal sale. The auction house said in a written statement that the current consignor is the heir of a collector who bought them in 1958 from a coin dealer, E. Button. Gorny & Mosch pointed out that the sale predated Unesco's 1970 Convention on the Means of Prohibiting and Preventing the Illicit Import, Export and Transfer of Ownership of Cultural Property. It added that under German law, a good-faith purchaser acquires the right to ownership after possessing an item for ten years.

“The sale is therefore in our view uncontroversial from a cultural property law perspective,” the statement said.