Marina Abramović's former partner and collaborator passed away in Ljubljana 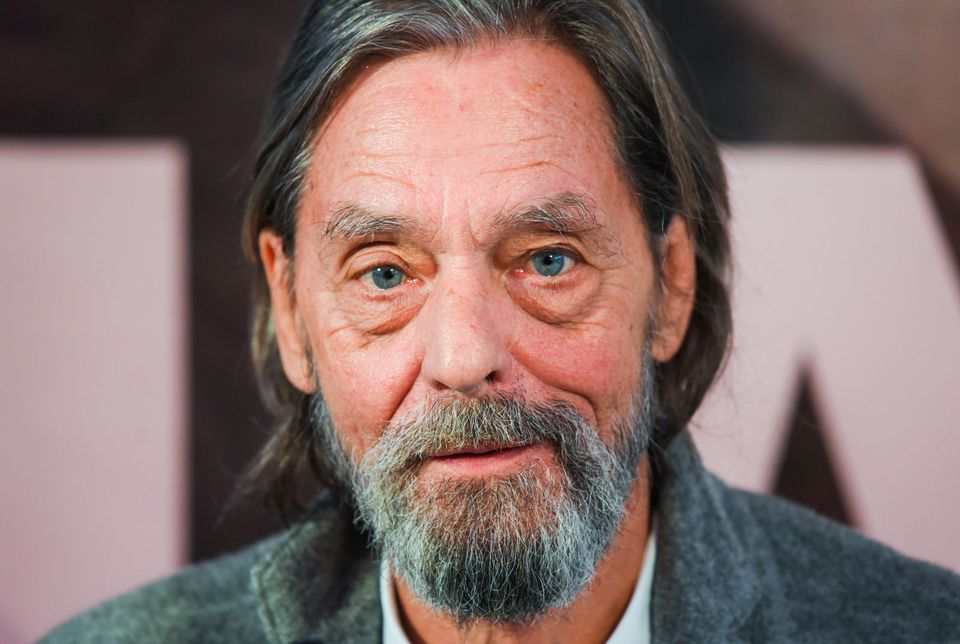 Frank Uwe Laysiepen—the artist known as Ulay and the former partner of Marina Abramović—died early this morning in Ljubljana, Slovenia, at the age of 76 from complications caused by his cancer treatment.

Ulay was perhaps best known for his collaboration with Abramović, whom he met in 1976 in Amsterdam. For 12 years, they were among the world’s most famous and pioneering of artistic couples.

They symbolically ended their relationship with a performance that saw the the pair walk towards each other across almost 6,000km of the Great Wall of China.

In a post on Instagram, Abramović responds to the artist's death: "It is with great sadness I learned about my friend and former partner Ulay’s death today. He was an exceptional artist and human being, who will be deeply missed. On this day, it is comforting to know that his art and legacy will live on forever."

Ulay's studio posted on Facebook: "Ulay was incomparable. As a human being and as an artist. The gentlest soul, a giver. A pioneer, a provocateur, an activist, a mentor, a colleague, a friend, a father, a husband, family. A seeker of light. A lover of life. A traveler. A fighter. A brilliant thinker, who has been pushing limits and enduring pain. Selfless and fearless, ethical, elegant, witty. He, who has influenced so many. He will be deeply missed by his family, friends, the art community and the thousands of us, who he has so deeply touched and inspired. He influenced generations of artists and many more to come—his memory and legacy will live on forever through his work and the work of the Ulay Foundation."

Richard Saltoun, whose eponymous, London-based gallery represents the artist, says in a statement: "We are deeply saddened by the news that Ulay (born Frank Uwe Laysiepen) has passed away at the age of 76. Ulay was the freest of spirits—a pioneer and provocateur with a radically and historically unique oeuvre, operating at the intersection of photography and the conceptually-oriented approaches of Performance and Body art. His passing leaves a momentus gap in the world—one that will not be so easily be replaced. We hold his family, friends and colleagues close in our hearts during this time."

It is with great sadness I learned about my friend and former partner Ulay’s death today. He was an exceptional artist and human being, who will be deeply missed. On this day, it is comforting to know that his art and legacy will live on forever.⠀ ⠀ - Marina Abramovic

A post shared by Marina Abramovic Institute (@abramovicinstitute) on Mar 2, 2020 at 4:39am PST

In 2015, Ulay sued Abramović in a Dutch court claiming that she had violated a 1999 contract covering works they had created together. The case resulted in Abramović being ordered to back date royalties of more than €250,000 (£215,000) as well as more than €23,000 in legal costs.

Before and after his relationship with Abramović, Ulay was an avid photographer, working in particular with Polaroids. In Berlin Afterimages (1994-95), Ulay focused his lens on the gritty reality of the marginalised individual living against the backdrop of nationalism in a city that was barely coming to grips with unification.

As Ulay's health deteriorated, he focused much attention on the process of drinking water, which he said helped him understand his body and performance art more deeply. "I started thinking about how to refine the body to another essential substance, and I came to water because the body is made up of about 70% water," he said.

Born in 1943 in the German city of Solingen, Ulay lived and worked in Amsterdam before moving to Ljubljana, where in November of last year—on the occasion of his 76th birthday—he opened a Foundation and Project Space.

In November 2020, a major retrospective of Ulay’s work is due to open at the Stedelijk Museum in Amsterdam.

UPDATE: This article was amended to include comment from Marina Abramović, Richard Saltoun and Ulay's studio