Exhibition in upstate New York includes over 100 works, from polaroids to film, some of which are for sale 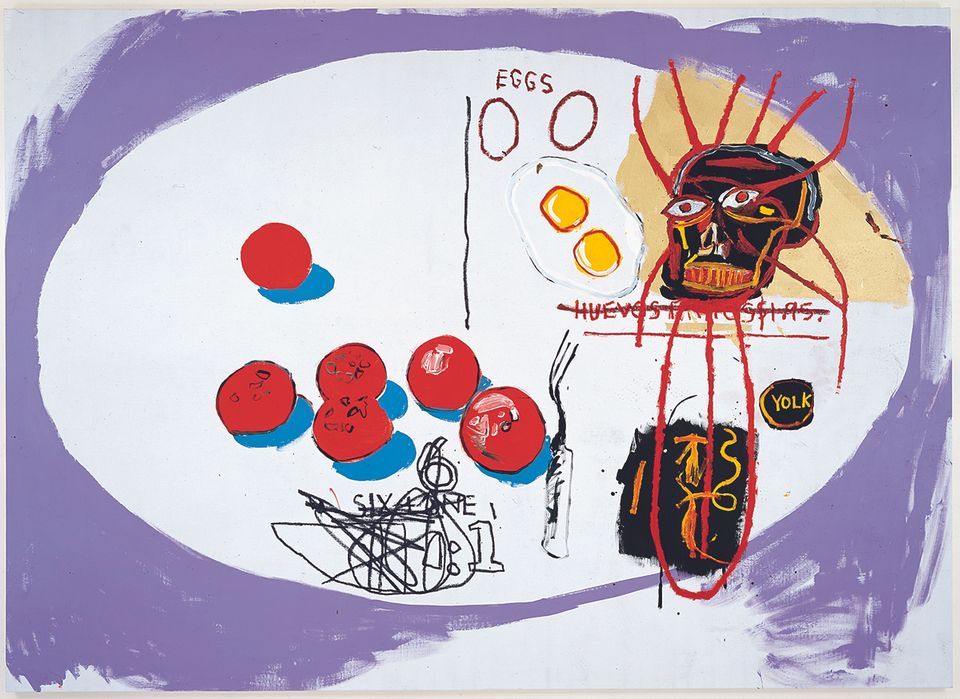 An exhibition of works by Andy Warhol and Jean-Michel Basquiat due to open in Kinderhook, New York, next month (1 June-7 September) will include eight collaborative works made in the mid 1980s. Opening at Jack Shainman Gallery's The School space, the key work in Basquiat x Warhol is Eggs (1985), which was initially shown at Bruno Bischofberger gallery in Zurich. “Some of the collaborative works will be for sale; we’re very excited to present them at The School,” Shainman says.

The show will include more than 100 pieces—including numerous Polaroids by Warhol—with the majority for sale (prices are undisclosed). The show is co-organised by the New York-based art advisor Nilani Trent who has sourced some of the material. “Jack and I discussed this show as an extension to both the Warhol show at the Whitney [which closed in March] and the Basquiat show at the Brant Foundation [until 15 May], but with the main focus as the relationship between the two artists through Jack’s eyes. Finding the material has tested my access,” Trent adds.

“Lesser-known works by both artists, including Basquiat’s anatomy prints and Warhol’s torso line drawings, will hang in classroom exhibition spaces [in the gallery], highlighting the artists’ exchange,” a gallery statement says. Warhol’s films will also go on show, along with a football helmet which Basquiat asked Warhol to wear for three weeks.

Basquiat is thought to have first met Warhol in 1979 when the young artist tried to sell the Pop Art master some of his postcards. The pair met formally in 1982 when Bischofberger took Basquiat to Warhol’s Factory for a photoshoot. They went on to make almost 200 works together; 16 joint works were presented in a show in 1985 co-organised by Bischofberger and the dealer Tony Shafrazi in New York.

Reviewing the show, Vivien Raynor wrote in the New York Times: “Last year, I wrote of Jean-Michel Basquiat that he had a chance of becoming a very good painter providing he didn't succumb to the forces that would make him an art world mascot. This year, it appears that those forces have prevailed, for Basquiat is now onstage at the Tony Shafrazi Gallery at 163 Mercer Street, doing a pas de deux with Andy Warhol, a mentor who assisted in his rise to fame.”

· Listen to our special podcast episodes on Andy Warhol here.