For artisan Helena Loermans, uncovering the intricate weaves of artists' canvases is like “a detective story” 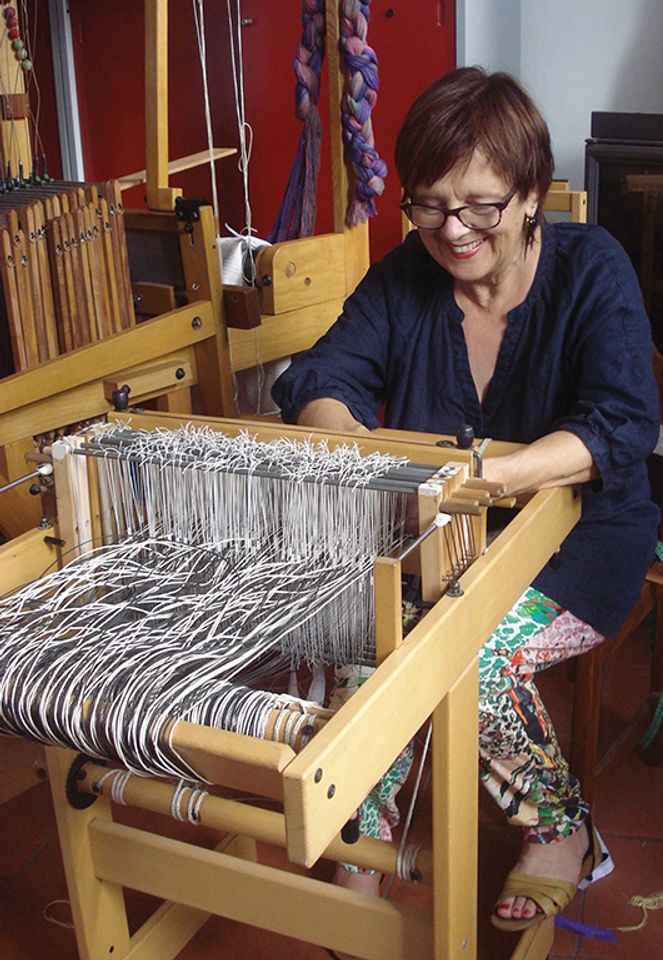 The weaver Helena Loermans had always been curious about why painters worked on plain-weave canvases. Then in 2015, a paintings conservator from the Museo del Prado in Madrid visited Loermans's studio in Odemira, southern Portugal, and told her that Old Master artists such as El Greco had actually painted on intricately woven canvases. Loermans resolved to locate, recreate, document and weave these patterns in Lab O, a testing ground that she founded as part of her studio.

“For me, it’s a kind of detective story,” says Loermans, who embarked on a hunt that led her to a picture of the draft, or set of instructions for a weave pattern, for El Greco’s 1586 painting The Burial of the Count of Orgaz in a Spanish treatise from the 1970s. “When I saw that, my heart really made kind of a jump,” she says, because she knew she could reconstruct and weave it.

Loermans has gone on to also weave the patterns of canvases of works by Velázquez, Caravaggio and Titian. First she analyses the patterns in X-ray images and hand-draws them. Then she uses the software programme Weavelt to help set up a draft and weaves it on a computer-aided handloom. She presented her work in October at the Cieta (Centre International d’Étude des Textiles Anciens) Congress in Krefeld and at the Conserving Canvas symposium at Yale University, and her work surprised experts at both events. After she decided to attend the Yale symposium, she researched works in the collection of the Yale University Art Gallery and wove the pattern of the canvas for Velázquez’s Education of the Virgin (around 1617-18); the museum now has a copy.)

“The first goal is to record all this knowledge, and preserve it,” says Loermans, who aims to create a database of weaving patterns and paintings. She hopes that researchers and conservators will start recording details about textile weaves in the canvases they treat and reach out if they find complex patterns.