What did we do before cats on the web? The Smithsonian finds out 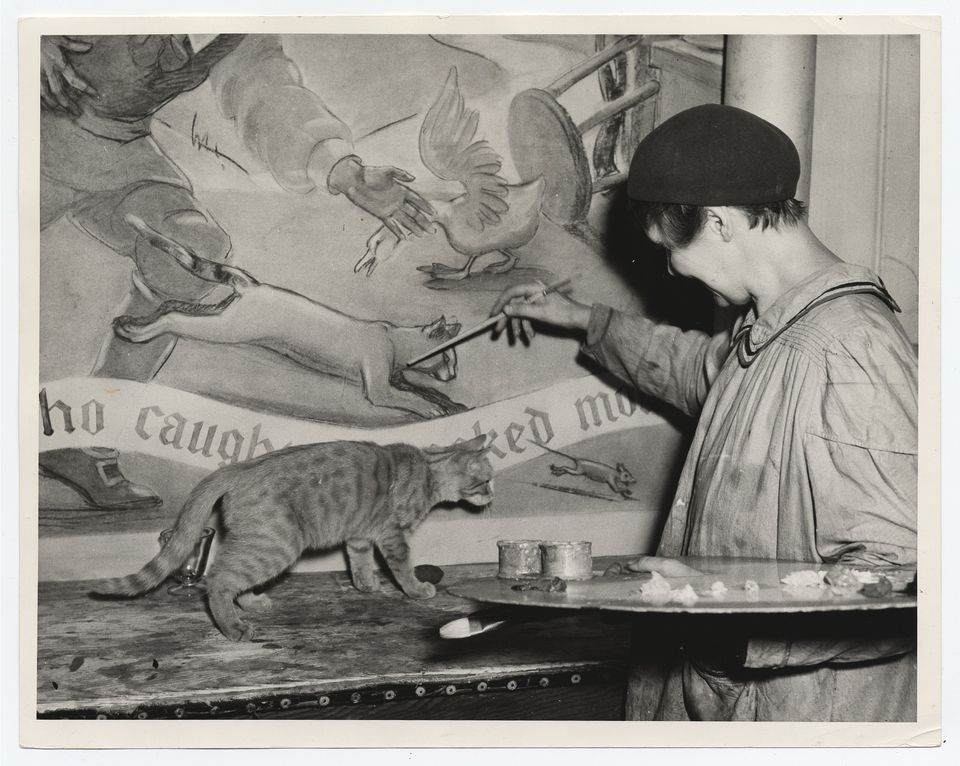 Emily Barto at work on her mural Animal Tales for a New York hospital in 1937 Photo: Andrew Herman

Researchers in the Smithsonian Institution’s Archives of American Art in Washington, DC, have been through a phase of finding cats everywhere—in sketches, drawings, diaries and letters—and the result is a new exhibition, Before Internet Cats: Feline Finds from the Archives of American Art (until 29 October). The show comprises 60 objects featuring cats, including material by artists such as Jasper Johns, Hedda Sterne and Louise Nevelson. The exhibition’s curator, Mary Savig (a self-confessed “dog person”), says that one of her favourite discoveries was the art historian Elizabeth McCausland’s unpublished manuscript of an imagined conversation with her beloved cat, March Lion. The cat even had a first birthday party in 1950, and its birthday card, made using watercolours by the curator and museum director Charles E. Buckley, is also on display. Talk about pussy power.