Where does all the art go after a fair?

In an exclusive extract from her forthcoming book, Dark Side of the Boom, Georgina Adam discovers why most art is destined for a crate-filled, high-security storage facility

Art storage is a booming, global business, worth over $1bn a year today. Simon Hornby, the president of Crozier Fine Arts, which has warehouses in Manhattan, Brooklyn, Newark and others further afield in Delaware and Connecticut, reckons that 80% or even more of all the world’s art is in storage at any one time.

The Crozier warehouse in Chelsea, close by the Hudson River, was built in 1923, at a time when the area was bustling with transportation and stowage of everything from coal to dry goods. Raised six feet above sea level, the concrete building is now given over to storage of fine art. It sits in the centre of a humming contemporary art district, with mega-galleries such as Hauser & Wirth, Zwirner and Gagosian all clustered in the same few blocks.

The firm has eight warehouses in total, and trucks shuttle constantly between them, with armed security escorts for high value works. Chelsea has three ground floor “viewing galleries”: white cubes smartly decked out with track lighting and spotlights, which can be used by art dealers to show works to prospective clients. Cameras placed high up survey comings and goings, while art handlers—Crozier employs 250, some of them aspiring artists—are busy manoeuvring crates into clanking industrial-size lifts. The Chelsea site has nine floors of storage, all packed with crated art. “And each of our Newark facilities is three or four times as big,” Hornby says.

Crozier is far from being alone in the art storage business. Other prominent players include Arcis, Momart, Hasenkamp and Uovo. The reasons for the boom are multiple, the obvious one being security. Other reasons are: collectors have just too much to keep at home or they have only bought it for investment; art being stored doesn’t attract tax and is kept away from prying eyes; galleries need somewhere to keep inventory between shows and art fairs. Banks that have taken art as collateral against loans may tuck it safely into these treasure houses.

Private collections account for about 35% of the art held in Crozier’s vaults; the rest is split between museums, art galleries and banks and estates. According to Hornby, some collectors’ art goes on a circular trip each year—following the owners back and forth, when they move to their homes in the Hamptons, in Palm Beach and in Aspen, even to a yacht on the Mediterranean—and returned to storage in between. As I walked around, I couldn’t help thinking of Renaissance France, when the monarchs’ processions to their châteaux de la Loire were preceded by baggage trains of furnishings; the châteaux were left bare between visits.

The art storage business has doubled in size in eight years and looks set to grow, as more and more art is produced and—crucially—bought purely as an investment. “Until about ten years ago,” says Stephane Custot of London’s Waddington Custot gallery, “Modern and contemporary art collectors were mainly made up of art enthusiasts and amateurs, they had a real passion, spending their money on what they liked; they collected in order to simply enjoy the work in their home environment. Today you have to work with an increasing number of art funds or speculators buying art for investment. Art buying has become accessible to a much larger audience than before and is considered an asset. The result of this is that more work sleeps in warehouses rather than hanging in collectors’ homes,” he says.

The result is a burgeoning, global network of storage facilities, more of which are being built and opened all the time. Outside the US, many are “freeports”. Switzerland has ten of these, including its Geneva repository, which is said to hold over $100bn worth of art. Luxembourg, Singapore and Monaco have them, and more are planned or already under construction in Beijing and Shanghai. They are a response to the growing demand for safe places to store precious assets, from gold and wine to art and vintage cars.

“In the last year, I only physically saw one piece of art that I negotiated,” says a New Yorker who works as a dealer and appraiser. “Everything else was bought and sold via jpegs and remained in storage. It was all for investment.” 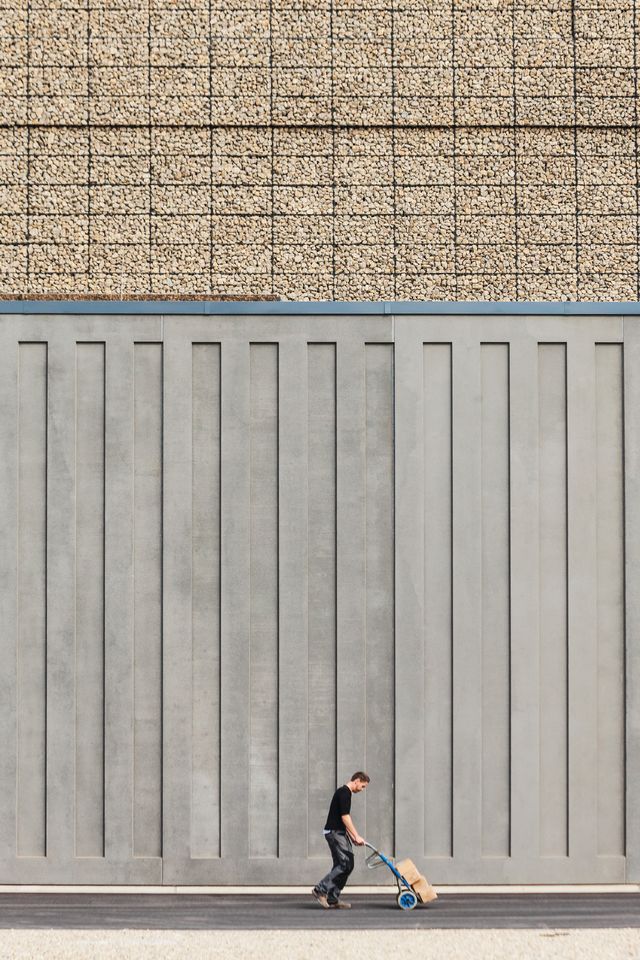 And there is another reason to tuck art into these strongboxes. Items attract no tax or customs duty as long as they stay behind the concrete walls. Art dealers can even rent a viewing room on a more permanent basis, so creating what is in effect an art gallery. Clients can come and see a work, which is pulled out for viewing. Works can be bought or sold, if necessary over and over, all the time attracting no tax. Pieces can even be sent on a tax-suspension basis to an art gallery elsewhere; as long as it returns to storage no duty is payable, even if it has changed hands: making it ideal for investment. And because many freeports are sited within airport perimeters, visitors don’t even have to show a passport when visiting – they can fly into Singapore, for instance, visit the warehouse and fly out without actually going into Singapore proper.

And in the US, there is a final advantage: some collector/investors use the “like-kind” facility, also called “1031 exchange”, to defer paying capital gains tax on transactions. This means that as long as a comparable piece is bought within 180 days of one being sold, no tax is immediately due. The 1031 was originally set up for people like farmers, and the “like-kind” extended to the sex of animals – you couldn’t sell a male cow to buy a female one, explains Jason Kleinman, tax partner at the law firm Herrick Feinstein of New York. “While the rules remain somewhat unclear, you have to hold the art as an investment, not just as part of a collection,” he says. And in many cases this means that a lot of such “investment property” is held in art storage rather than hanging in someone’s home.

• This is an adapted extract from Georgina Adam’s forthcoming book Dark Side of the Boom: the Excesses of the Art Market in the 21st Century, published by Lund Humphries, autumn 2017

Many freeports are within airport perimeters, so can be visited without having to show a passport

Freeports: lawless zones or above board? Over the past few years, the secretive side of freeports has attracted considerable criticism. Their operators vehemently reject, however, the notion that they are lawless zones. They say that the description of these “safe deposit boxes” as an area used for money laundering, tax avoidance, storage of stolen art and secrecy is completely wrong, and point out that operations are regulated by the laws of the country and clients are thoroughly checked.

However, one art dealer said that in the past he was able call a contact in a freeport to hear what the latest arrivals were, so gaining the inside track on eventual dealing. “It was like a restaurant menu and I had a mobile phone number. I could be told ‘I’ve got a Picasso, a Dufy and a Derain just in’,” says the dealer, joking: “It was like, ‘knock three times and ask for Ramón’!”

Those times seem to be past, as in 2015, faced with growing criticism of freeports as facilitators of tax evasion and money-laundering, the Swiss authorities tightened up considerably by bringing in new regulations, notably demanding registration of the identities of the owners of goods coming in and of buyers of goods going out of freeports such as the one in Geneva.