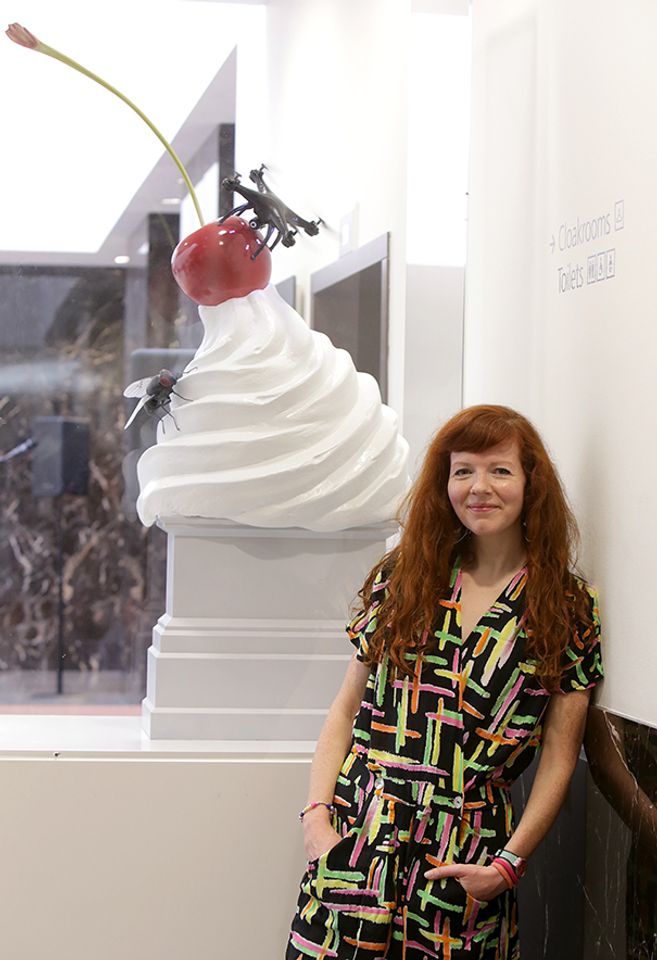 Heather Philipson with her work THE END (2017), which has had its Fourth Plinth debut delayed due to the coronavirus pandemic © James O Jenkins

The next sculpture lined up for the Fourth Plinth in Trafalgar Square is the latest project to fall foul of coronavirus (Covid-19) and has been put on hold. THE END (2017) by UK artist Heather Phillipson, depicting a whirl of cream topped with a drone, fly and cherry, was due to be unveiled 26 March but will now be shown at a later date. The drone perched on the cherry will transmit a live feed to mobile phones.

London’s Deputy Mayor for Culture and the Creative Industries, Justine Simons, says in a statement: “We will support all the individuals and businesses involved in the commissioning, planning and operation of this installation during these challenging times.”

Phillipson told the Financial Times about the motivation behind making the work in the current climate. “Humour requires some kind of critical distance and I didn’t feel capable of it at that moment. I wanted to make my own news. I wanted to make a monument to hubris and impending collapse,” she says. 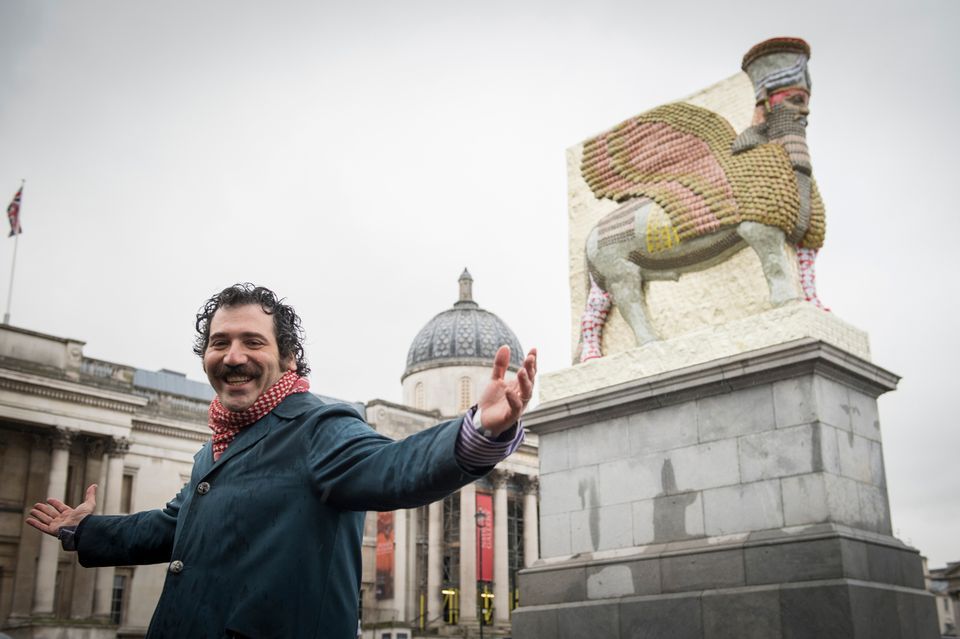 Michael Rakowitz in front of his Fourth Plinth commission, The Invisible Enemy Should Not Exist, in Trafalgar Square, London Photo: Caroline Teo

Her work is the 13th piece to be commissioned for the prestigious public art platform located in the heart of London. Previous participants include Marc Quinn, Katharina Fritsch and Yinka Shonibare.

The last work on the plinth was made by the US artist Michael Rakowitz. The piece, entitled The Invisible Enemy Should Not Exist (2018), recreated an Assyrian winged bull with a human head, known as a lamassu, created in the ancient Mesopotamian city of Nineveh in 700 BCE but destroyed by Islamic State in 2015. "The lamassu is at White Wall in Erith being assessed. Its next stop is still being determined and is likely on pause for now," Rakowitz says.