'I stand in solidarity with the staff and say no': Michael Rakowitz on why he turned down the Whitney Biennial 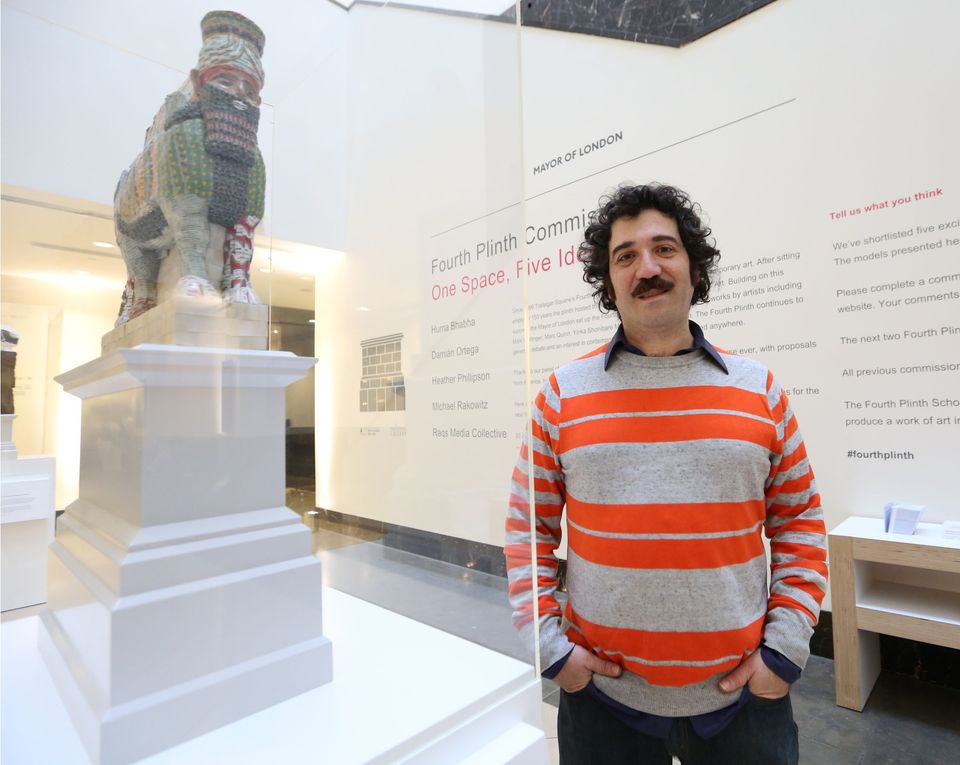 Michael Rakowitz, seen here next to a model of his Fourth Plinth public sculpture commission which is currently on show in London’s Trafalgar Square, has declined to participate in this year's Whitney Biennial Photo: James O Jenkins.

The Whitney Museum of American Art has announced its roster of 75 artists for the 2019 edition of the Whitney Biennial, due to open on 17 May and co-organised by the museum’s curators Jane Panetta and Rujeko Hockley.

Considered one of the most prestigious exhibitions of contemporary art in the US and a boon to the career of many emerging or overlooked artists, the lineup typically generates buzz for the artists included, and only five of this year’s artists have participated in previous editions. Yet it was the withdrawal of just one artist, and a call for others to withhold their work, that prompted the most chatter this time.

First reported in The New York Times, the Chicago-based artist Michael Rakowitz declined to participate in the show in an act of protest against the Whitney Museum’s vice chairman, Warren Kanders, whose company, Safariland, manufactures tear gas canisters and other military products that have been used against asylum seekers along the US-Mexico border. Known for politically engaged works such as his ongoing series The Invisible Enemy Should Not Exist, which addresses the looting of Iraq during the US invasion, he referred to Kanders' support as "toxic philanthropy".

"I tried so hard to visualise my work in the biennial as a way to counter the images of tear gas canisters and the wounds they inflict at the border, or any weapon on any body anywhere. But the truth is, it can’t," Rakowitz tells The Art Newspaper. "For as long as Kanders remains on the board, let alone as its vice chairman, my work and the people—and the pain of displacement I address in it—can only be appropriated."

Rakowitz adds that his decision is "unfortunate" since he has "long admired" Hockley and Panetta's curatorial work at the museum. "It is because of my admiration for what the Whitney staff have brought to light that I believe my most worthy participation in their thinking is to think with them, to stand in solidarity and to say no," he says.

Of his choice to withdraw, Panetta says: “We respect Michael’s decision not to participate in the Biennial and regret not being able to include his work as part of the show." 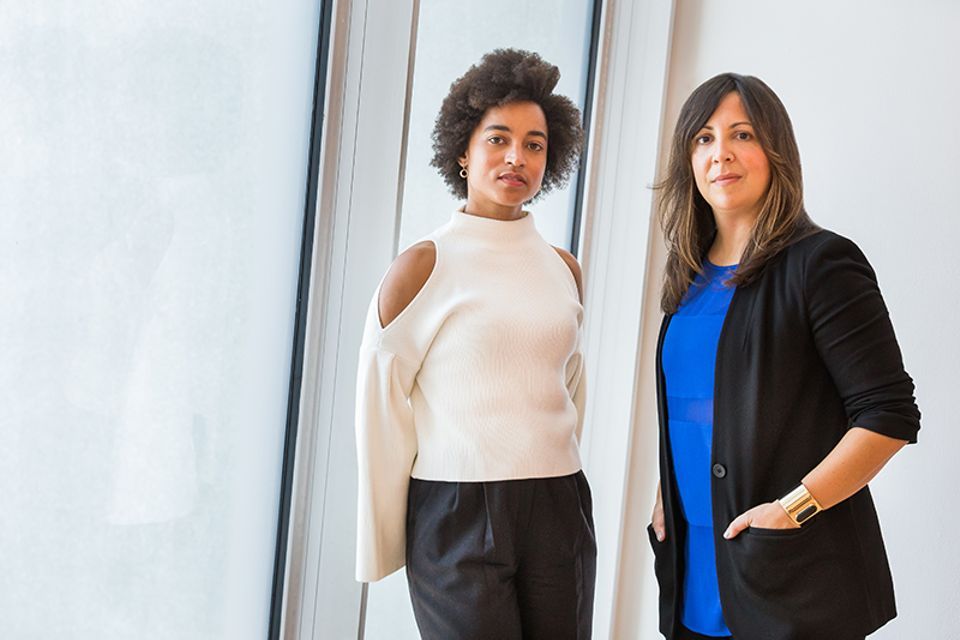 Rakowitz's decline to participate was joined by the activist organisation Working Artists and the Greater Economy (WAGE) when they publicly called on other artists in the biennial to withhold their work until the museum addresses staff members’ demands for Kanders’s resignation, which sparked protests in December, and pays all of the artists their due participation stipends. It has been reported that the museum will pay each artist a $1,500 stipend for participation. (A museum spokesman says each of the artists will be paid an honorarium but declined to specify the amount; he says that all of the artists in the 2017 biennial were also given honorariums. He adds that “for the past few years we have routinely paid artists in our exhibitions”.)

In a statement on Facebook, the WAGE core organiser Lise Soskolne says: “[I]f the ‘artist’s museum’ is capable of making this kind of structural policy change,” meaning the stipends, “however small, then we have every reason to believe that it will take the next step and make one at the level of board governance. We’re still waiting. And we’re not going anywhere.”

Yet some argue that this activist form of critique, while relevant, ultimately hurts the artists—not the institution. Jasmin Tsou, who owns JTT gallery on New York’s Lower East Side and represents two of the artists selected for the 2019 Whitney Biennial, says she supports artists' right to protest but that she would rather see a form of resistance that does not ask them to choose between their work and “doing the right thing”.

“The idea that there is good money and bad money is rather naïve—it’s the acquisition of immense wealth that we are dealing with in America that is the problem,” she says. “It all has evil sources if you trace it far back enough, so to choose now to ask the most vulnerable person in the chain—the artist—to fight the acquisition of wealth with the one thing they value most—their work—seems thoughtless in a way that deeply upsets me.”

Among the artists included in the 2019 biennial is Jeffrey Gibson, who currently has a solo show at the New Museum and will make a text and fabric work for the Whitney’s lobby; Simone Leigh, the winner of the Guggenheim Museum’s 2018 Hugo Boss Prize; the Forensic Architecture collective led by Eyal Weizman, a 2018 Turner Prize nominee; and James Luna, who died last year aged 68. Based in the US or Canada, they originally hail from across the globe, including Ghana, South Korea, Germany and Argentina, and over half are people of colour. Ranging from the emerging to the established, the artists were born between 1935 and 1991, and around 75 percent are under 40 years old; more than half are women.

“I’m exceedingly excited about all of the individual artists in the show, but also feel very proud of how this group has come together as a whole offering a meaningful snapshot of contemporary art-making in the US at this particular moment,” Panetta says.

The participants work in a variety of media including sculpture, painting, photography, installation and performance. Though the biennial includes new-media artists like Christine Sun Kim and Martine Syms, Panetta says that many of the artists in the show are “grappling with the physicality of their materials”. “We became interested in how this emphasis on the artist’s hand suggests a turn away from the ubiquity of digital space and a deliberate effort to make work that is more individualised and idiosyncratic,” she says.

Protests sprang up in the last Whitney Biennial when a painting of Emmett Till, a lynched African American boy, by the white artist Dana Schutz sparked protests over the issue of exploitation of black pain followed by a heated debate about freedom of expression. “Fundamental to the Whitney’s identity is the notion that it is a space for open dialogue, and we’ve tried to use the challenges and conversations that came out of the last Biennial as a productive lens for our work,” Panetta says. “Not surprisingly, there is a great deal of work in the [2019] show that grapples with pressing socio-political concerns around issues of race and gender, financial inequality, gentrification, climate change and even the vulnerability of the body.”

One of the Armory Live talks scheduled next week at the Armory Show in New York uses the controversial, often critically maligned 1993 Whitney Biennial, which included pieces such as a ten-minute videotape of the brutal beating of Rodney King by Los Angeles police, as a jumping-off point to look at how institutions currently exhibit political art. The biennial runs until 22 September.