Why London galleries do fairs on their home turf 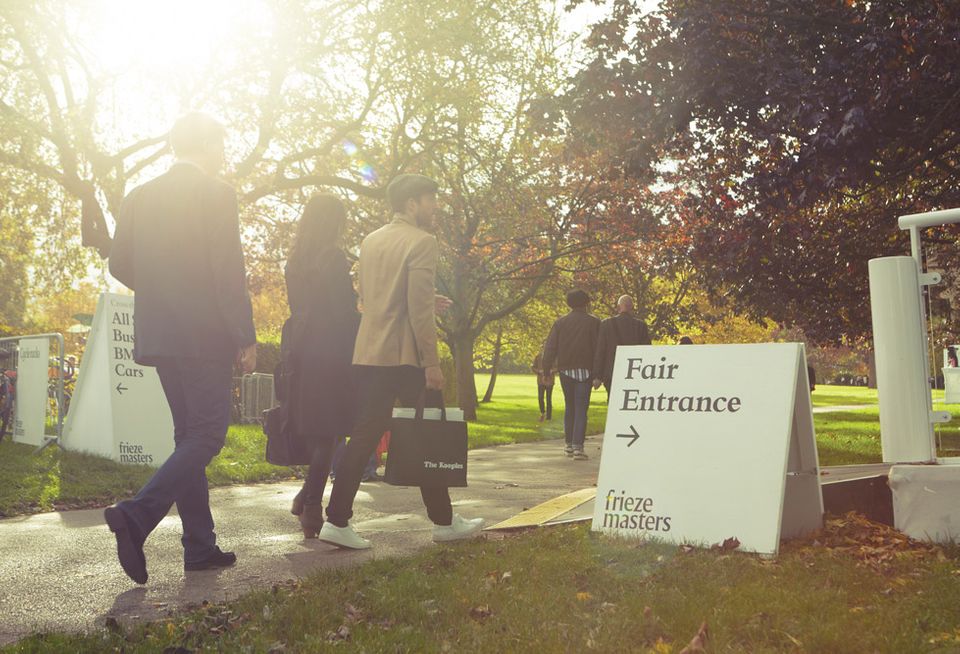 From the outside looking in, the main benefit of showing at an art fair is the potential to reach clients who may not otherwise cross a gallery’s path. “I can see that one advantage is to increase your presence in a market where you don’t have a space, but why be in a fair in your own town?”, asks the London-based dealer Pilar Ordovas, who has made it part of her gallery’s strategy not to do fairs at all.

It is a different story inside the fairs, where, more often than not, the highest geographic concentration of exhibitors is local. This is borne out by the numbers at Frieze this year: more than 40% of the dealers at Frieze London have their headquarters in the capital (the majority) or have a pretty meaningful presence there (such as Thaddaeus Ropac and Gagosian galleries). At Frieze Masters, this is true of nearly 30% of the exhibitors. London, after all, houses a significant number of galleries.

But why go to all the effort—and expense—to show at a fair that is a stone’s throw from your gallery space? For one thing, expenses are relative; participating in a fair in your own city reduces the risk of losing vast sums. Daniella Luxembourg, whose Luxembourg & Dayan space in Savile Row is two miles from her stand at Frieze Masters, says: “We all wish fairs were less expensive to do, but at least showing in London is not like showing in Hong Kong, where booth rental, flights, hotel rooms and Martin Speed [art transport] can cost at least $250,000.”

The London-based gallerist Timothy Taylor agrees that fairs are “unbelievably expensive”, but says that, because of the increasingly nomadic nature of the art market, Frieze week is precisely the time to push the boat out. “There is a momentum and energy in London now that is rarely felt the rest of the year. You can only maximise that by fully participating,” he says. Such momentum in London was Christie’s reasoning behind combining its June and October contemporary auctions into one bumper sale this month—which can be expected to exacerbate the effect.

For many exhibitors, the ultimate goal is to get the travelling and home-grown visitors out of the fair—where they are most likely to start—and into the gallery. Jonathan Green, a director at Richard Green, says: “If you increase your presence, there’s more of a chance.” Olivier Malingue describes a fair booth as “a window to thousands of interested people” for whom, he says, “we do our job—we encourage them to come to the gallery”. But Ordovas argues that Frieze week is her gallery’s busiest time of year; she does not want to run the risk of someone coming to the gallery only to “not find me there”.

The sense of loyalty, however, runs both ways. Victoria Siddall, the director of the Frieze fairs, says: “The support of galleries in London is what made Frieze possible from the beginning.” Luxembourg is not convinced that the fair leads to more footfall in her gallery and admits that “the sheer number of events suck all the oxygen from everything. But we are a London gallery, we are serious in London and it’s important to be a part of our community.”