Will a ‘Shakespearean tragedy’ find a happy ending in Canada?

After years of research, the only portrait of the playwright possibly painted during his lifetime still hangs in limbo—but perhaps not for long 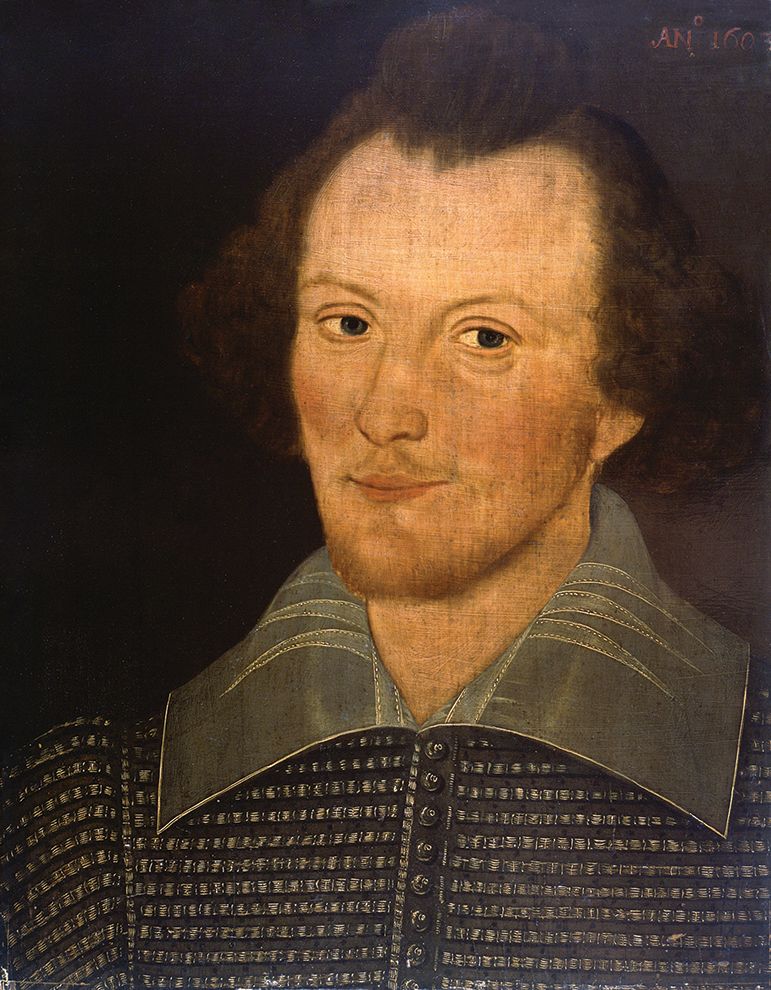 A 1603 oil painting that might be the only portrait of William Shakespeare painted during his lifetime has a history worthy of one of the playwright’s tragedies. While some prominent experts over the years have doubted whether the so-called Sanders Portrait actually depicts the Bard, extensive research supports its authenticity—and has put the Canadian family that has owned it for more than a century millions of dollars into debt. Plans to have the work acquired by a Canadian institution have fallen through multiple times, most recently in May, but the Royal Ontario Museum (ROM) in Toronto is still reportedly interested in acquiring it and displaying it to the public, if a donor will come forward to cover the family’s expenses in exchange for a potential tax break.

“It’s the last great untethered Shakespeare artefact,” says Daniel Fischlin, the professor of English and theatre at the University of Guelph in Ontario, where the painting is now held in storage. He has studied it closely through his friendship with the Sanders family, in particular the portrait’s late owner Lloyd Sullivan, who spent his retirement working to authenticate the portrait and raise its profile internationally. “Very few paintings have undergone this level of scrutiny,” Fischlin says, pointing to research by the Canadian Conservation Institute, including pigments analysis, radiography and ultraviolet photography, that supports dating the oil on oak wood portrait to the early 17th century. According to a paper label affixed to the back (which has also been analysed and dates to within a few years of the painting), it depicts the celebrated playwright when he was 39 years old.

The biggest sticking point for sceptics is that the painting does not resemble more famous portraits made after the playwright’s death. Fischlin counters that “no one knows what Shakespeare actually looked like,” and an analysis using facial recognition software found the Sanders portrait’s features align with the engraving of Shakespeare by the artist Martin Droeshout, which illustrated the frontispiece of the First Folio collection of his plays, published in 1623.

It’s the last great untethered Shakespeare artefact Daniel Fischlin, professor of English and theatre at the University of Guelph in Ontario

Further research has been done, but Fischlin says this will first be shared “with people who are serious about settling this and keeping it in the country”. The work has also been exhibited by major institutions, including the Art Gallery of Ontario (AGO), which had previously considered acquiring it, and the National Portrait Gallery in London. “The only thing lacking now is a donor with the passion and a grasp of the importance”, Fischlin says, adding: “It will become a must see.”

Whoever buys the work from the family would have to donate it to a museum in Canada and receive a tax break worth the full value of the work, plus capital gains, pending approval by the Canadian Cultural Property Export Review Board. The work was appraised at C$50m in 2016, but Fischlin thinks “with the market shift and additional findings, that would be much more now”.

According to the former AGO European art curator Lloyd DeWitt, who is now the chief curator at the Chrysler Museum of Art in Norfolk, Virginia, “the prices being bandied about now are lower” than the 2016 valuation, but would still be a sizeable stake for a donor to take on. “There are only a handful of people in the country to whom it is beneficial,” DeWitt says. There is also some risk involved in its purchase, if the tax credit is not approved or the work is definitively proven not to depict Shakespeare. “People don’t like being embarrassed in the art world,” DeWitt says.

The curator had his own reservations before first examining the portrait in 2013, when the AGO was thinking of acquiring it. “I was very suspicious,” he says, adding, however, that “nothing stood out that made it inconsistent with the posthumous” portraits of Shakespeare. DeWitt subsequently urged the AGO to accept the piece, although negotiations dragged on and a potential donor changed their mind.

The portrait was originally owned by a man named John Sanders, or his brother William, whose family is believed to have been in the same social circles as Shakespeare. It was passed down through generations of the Sanders family and came to Canada from England early in the 20th century. “It got an export licence because it was thought to be a forgery,” DeWitt says, adding that “there’s a complicated web of connections” between the family and Shakespeare that has been uncovered by the Worcestershire genealogist Pamela Hinks. “She is the unsung hero; she’s still working on this.”

Lloyd Sullivan, an engineer by trade, inherited the work in the early 1970s through his mother. He was the first owner to bring the portrait to international attention and nearly sold it at auction at Sotheby’s in 2012, but withdrew the consignment over concerns that it would leave Canada. After the sale to the AGO fell through in 2013, another deal with the ROM, meant to be finalised last May, also stalled following the death of the donor who would cover the acquisition costs. Having poured his life’s blood, and considerable expense, into getting the painting validated, Sullivan was suddenly “handed a bill he couldn’t pay”, according to Fischlin. Sullivan, who was childless, died in August 2019, aged 86, having “lost everything”, Fischlin adds, and the portrait passed into the hands of a cousin. DeWitt compares the end of Sullivan’s story to a “Shakespearean tragedy”.

But there is still some hope for a happy ending for the Canadian public. “It looks like we are past the storm of wrangling,” DeWitt says. “People say [the portrait] belongs in Britain, but they kicked it out. Shakespeare belongs to the world.”