Will this notorious Nazi 'love nest' turn into an artists' utopia? 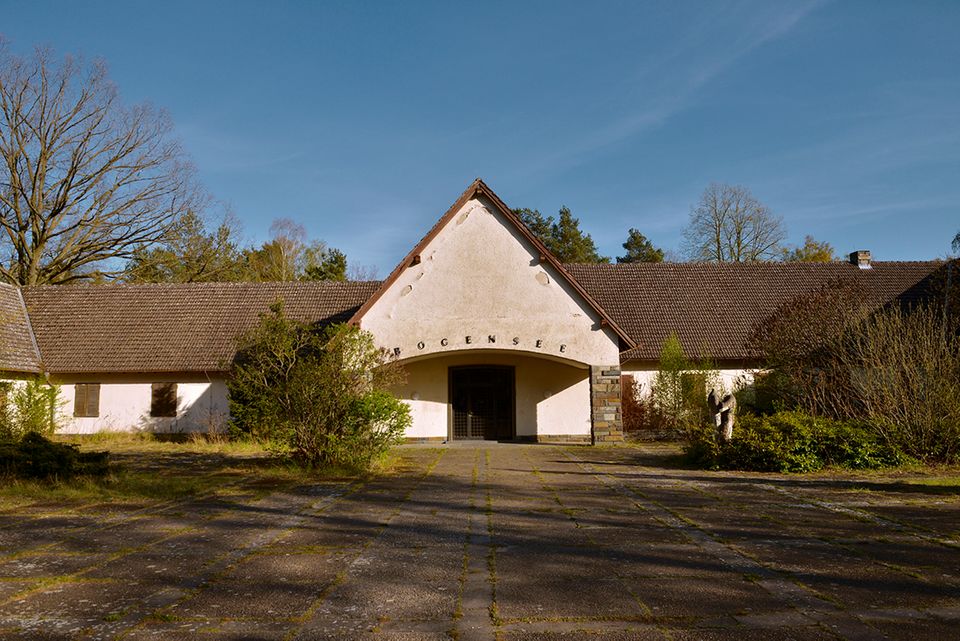 Following decades of disuse, the former lakeside retreat of the Nazi Party propaganda minister Joseph Goebbels could be converted into an artists' haven with an accompanying "museum of tolerance".

Located around 15 miles north of Berlin's city centre, the premises of the country house at Bogensee was gifted in 1936 by Hitler to Goebbels, who erected a 70-room complex containing a private cinema, bunker, and adjacent SS barracks.

Perhaps unsurprisingly, given its chequered history and considerable maintenance costs (estimated at €230,000 every year by local media in 2017), the Berlin city government, which owns the property, has struggled to sell it for over two decades.

However, a recent campaign by an artist commune might see the former "Nazi love nest" turned into a creative utopia.

The non-profit, co-operative group LKC Bogensee (Life & Creativity Bogensee Campus) is proposing a radical reimagining of the same buildings in which some of the 20th century's most dangerous hate speech was written. These include an environmentally friendly model village with experimental studios, workshops for artisans and sculptors and a radical communal living complex for around 250 people with priority given to immigrants and the disabled.

A museum has also been proposed to deal with the history of the site's "two totalitarian regimes", referring to its palatial Stalinist-era buildings that were built in the 1950s, and were used as lecture theatres for a youth college until German reunification.

The group adds that its mission is driven in part to "prevent a historical revisionist pilgrimage site" from developing.

While several Berlin politicians, including SPD member of the state Sven Heinemann, have spoken out in favour of demolishing the site, talks are reportedly now underway between the LKC Bogensee group and Berlin authorities to consider the initiative, which has a time frame of ten years to complete the entire project.

The group intends to finance the project through a combination of public and private funds, it says on its website.

"Our proposal is important because totalitarianism has lost none of its meaning in the present—quite the contrary," says a statement from project leader Dirk Schneider.