Tower of the Koutoubia Mosque was one of three works by the former British prime minister sold at Christie's tonight for a total of £11.2m—to the same buyer 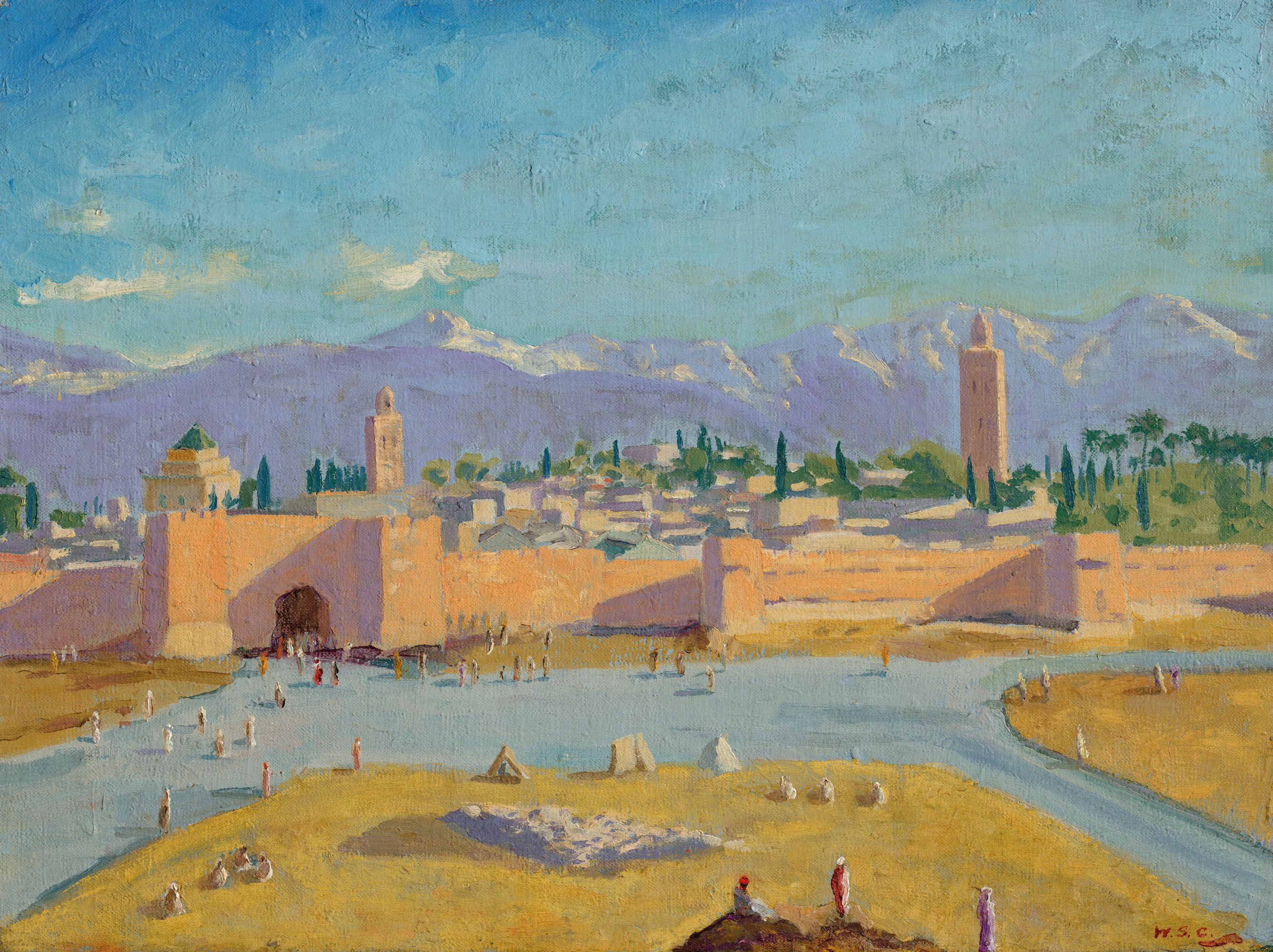 Tower of the Koutoubia Mosque by Winston Churchill, sold for £8.2m with fees Courtesy of Christie's

The former British prime minister Winston Churchill was a keen amateur painter and his landscapes frequently come up at auction. But his works do not sell for the sort of sums that might have persuaded him to give up the day job.

No tonight, Tower of the Koutoubia Mosque (1943)—the only painting done by Churchill during the Second World War and which he gave to US President Franklin D. Roosevelt in 1943 —sold for a record £7m (£8.2m with fees) at Christie's Modern British art evening sale.

Adding further American gloss to the provenance, it was being sold by what Christie's coyly referred to as "The Jolie Family Collection", aka the actress Angelina Jolie.

Churchill painted the oil on canvas in Marrakech following the Casablanca Conference in January 1943—he had invited Roosevelt to go with him to Marrakech the day after the conference ended, insisting he must see the sun set over Marrakech and the Atlas Mountains before returning to the US. Churchill then painted this view the day after and gave it to Roosevelt as a memento—a gesture as political as it was personal. The work has stayed in the US ever since and was given to Jolie by her ex-partner, Brad Pitt.

The previous record for a work by Churchill stood at £1.7m (including fees), set by The goldfish pool at Chartwell at Sotheby's sale of the collection of Churchill's daughter, Mary Soames, in London in 2014—a record that was broken twice tonight.

This evening, Tower of the Koutoubia Mosque sold to a bidder on the phone with Christie's Surrealism specialist Olivier Camu, who was spending big on Churchill—auctioneer Jussi Pylkkänen referred to the bidder as being from Belgium (Camu is also Belgian-born). The same client bought all three Churchill paintings in tonight's sale, all for well above their estimates. The other two works were Scene at Marrakech (around 1935), which sold for £1.5m (£1.8m with fees, three times its £300,000 to £500,000 estimate)—underbid by an online client in Texas—and a 1927 view of St Paul's Churchyard, which went for £880,000 (£1m with fees) above a £200,000 to £300,000 estimate—also underbid by the Texan.

In total, the Churchill-mad bidder spent £11.2m (including fees) tonight on works by the prime minister-cum-painter. Unusually, none of the works in the sale was guaranteed. 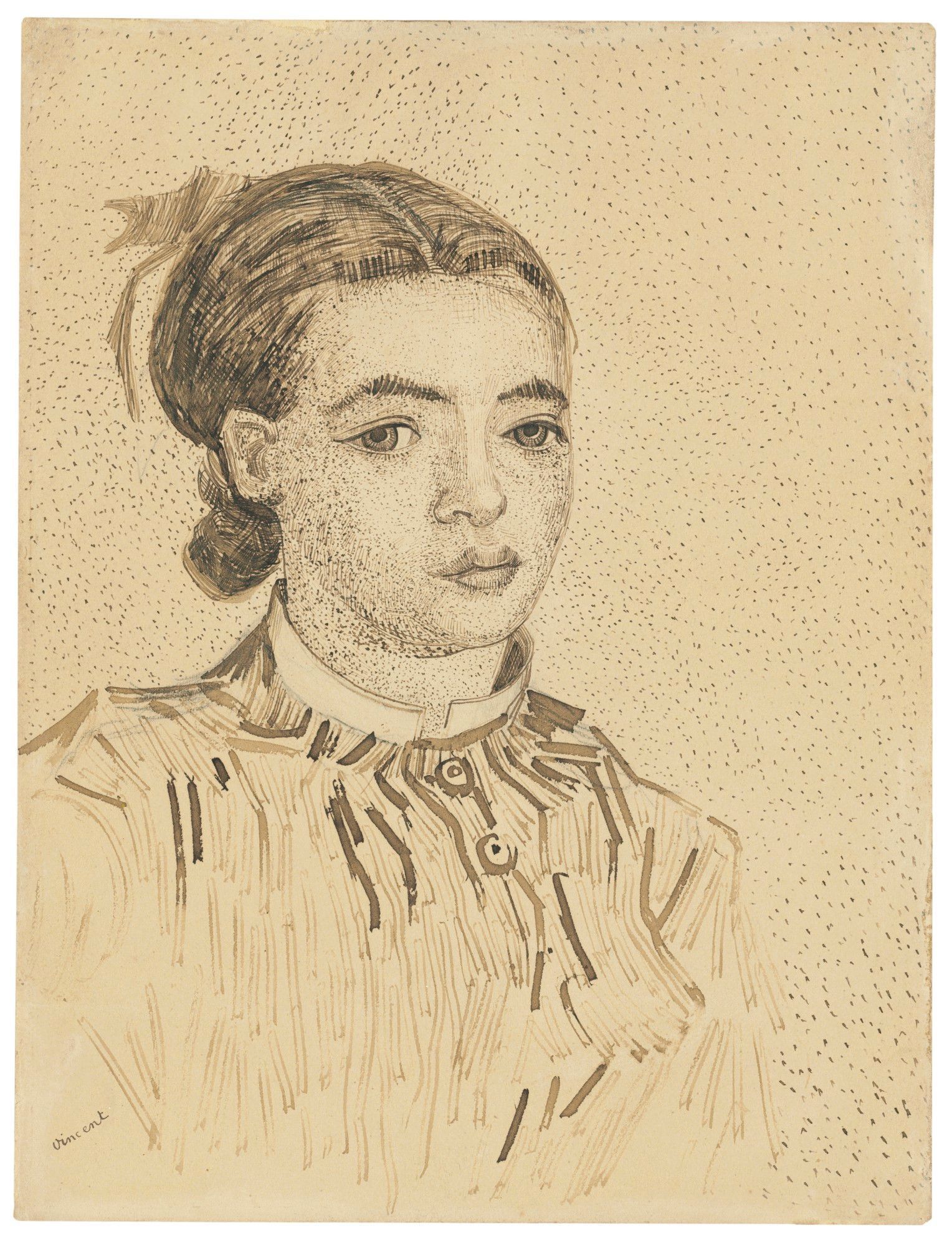 Also tonight, at Christie's in New York, Vincent Van Gogh's drawing La Mousmé sold for $8.8m ($10.4m with fees), a record for a work on paper by the artist—the previous high was £8.8m (including fees) set back in 1997 at Sotheby's in London for the pencil-and-ink La moisson en Provence. The drawing was sold as part of an eight-lot sale of works on paper from the collection of the London-based art dealer Thomas Gibson.

The drawing by Van Gogh, says the London-based works on paper dealer Stephen Ongpin, "is every inch a masterpiece. I love these pen and ink drawings by Van Gogh, even more than the watercolours, since they show what a great draughtsman he was at heart, and this is a real gem."